An ancient temple of Aundha Nagnath is devoted to Lord Shiva who is worshipped as Lord Nagnath. The temple is located in the Aundha Nagnath town of Hingoli district in Maharashtra. The temple is spread over an area of 7200 sq ft and it stands 60 ft tall. The total area in which temple complex is spread is about 60,000 sq. ft. Apart from the religious significance, the temple is worth visiting for its amazingly beautiful carvings. The Garba Griha and Siva Linga are in the basement. The oval shaped Shiva Linga resembles a Trimuki Rudraksha which is made of a Dwarka Shila stone and it faces towards the south. 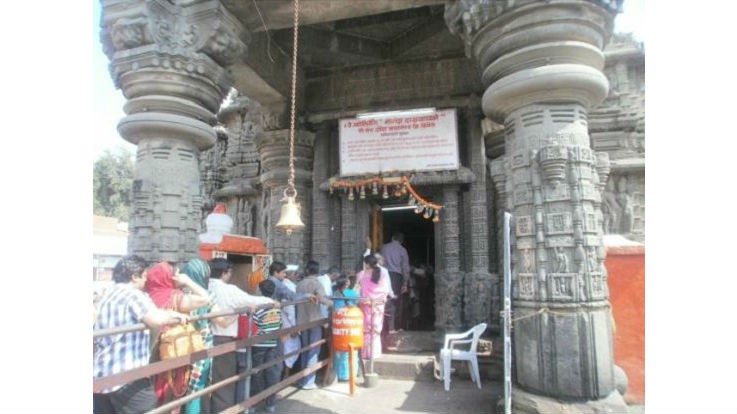 The present temple of Aundha Nagnath is said to have been built by the Seuna (Yadava) dynasty. The temple history dates back to the 13th century and it is nearly 3000 yrs old. The Aundha Nagnath temple structure is built with stones. The original temple belonged to the era of Mahabharata which was constructed by Yudhishthira, during the exile periods of Pandavas. It has been stated that this temple building was of seven-leveled before it was demolished by Mughal emperor Aurangzeb. 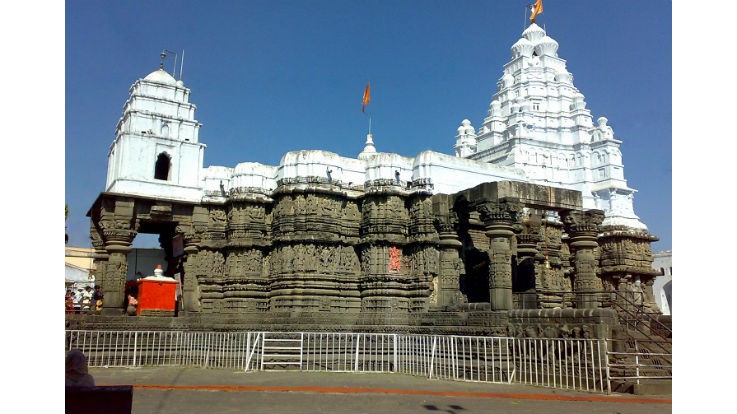 During their exile, the Pandavas took shelter in a forest in this region. Once, Bhim noticed that several cows were releasing milk into the nearby river. Bhima informed this to Yudhishthira. The Pandavas began to remove the water out of curiosity. Beyond a certain level, the water was extremely hot. Bhima bangs his mace thrice in the river. Pandavas were amazed when blood started oozing out from the site and a Shiva Linga emerged. Yudhishthira then built the temple and enshrined the Jyotirlinga.

According to another tale, Aundha region had dense forest which was inhabited by serpents. The forest was also known as Darukavane after two demons Daruk and Daruka. The demons would harass the locals living in the area and imprisoned them. Daruka was a Shiva devotee. He was granted a boon from Goddess Parvati. He had a power to shift the entire forest into an island. Supriya, a devotee of Lord Shiva, invoked the powerful Rudra mantra. Pleased by her devotion Lord Shiva appeared and killed the demons. Daruka asked for pardon and requested Lord Shiva to stay in the forest. Lord Shiva fulfilled his wish. He took the form of Jyotirlinga and stayed in Darukavane as Lord Nageshwar. 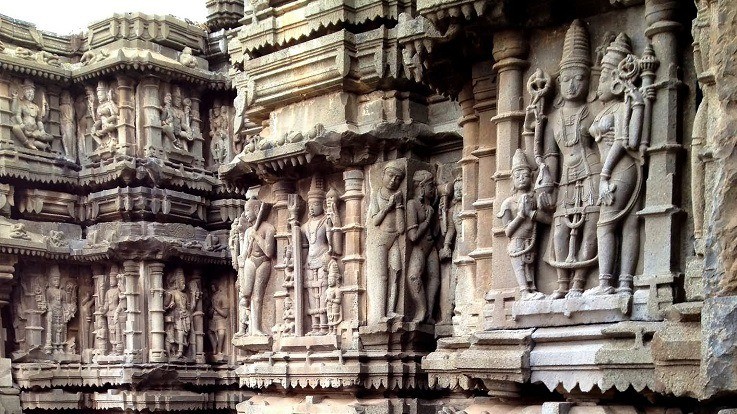 Festivals of Maha Shivaratri, Vijayadashami and Deepawali are celebrated with great devotion in Aundha Nagnath temple.

By Train: Parbhani (50 km) and Hingoli and closest rail heads.