About the TempleLocated on the banks of the river Jhelum, a small but historically important town of Awantipora is 28 km away from Srinagar in Anantnag district of Jammu Kashmir. The town was founded by king Avantivarman of the Utpala dynasty during AD 855 – 883 AD. Hence the place was named Awantipora. He erected two magnificent temples at Avantipura, one dedicated to Lord Vishnu called Avantiswami and the other to Lord Shiva which is known as Avantisvara. Avantiswami temple was constructed before his succession to the throne and Avantisavara temple was built after obtaining sovereignty. In the medieval times, the temple witnessed invasion and destruction. Finally, it was reduced to ruins. An excavation was carried out in the early twentieth century which revealed an entire quadrangle of the temple down to the floor of the courtyard and the extent basement of the central shrine along with remains of the sub-shrines. The excavation helped to recover 121 coins that belonged to Shah Miri dynasty and Durrani Afghan rulers. 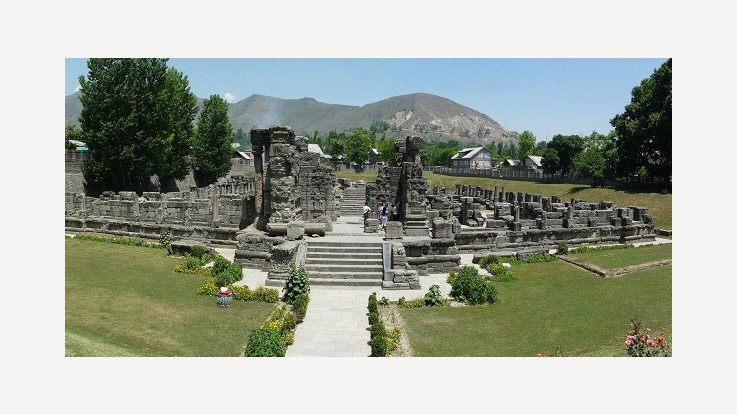 Temple ArchitectureThe original complex consists of a temple in the middle of a spacious oblong courtyard, surrounded by four small shrines at the four corners. A pillared, open sided mandapa is seen in front of the staircase of the main shrine containing within Garudadvaja. The temple is effectively distributed with excellent carvings and sculptures which are an exemplary example of architecture and art. It is said that Avantiswami temple has gone almost 20 ft deep under the earth and that only the apex is visible. Avantiswami is a small temple dedicated to Lord Vishnu. The original grandeur of the temple has been lost and all that can be seen is the remains of the architectural fragments on the Srinagar-Jammu road. Avantiswami temple was built on the bank of Vitasta river. Avantiswami is a well-preserved temple. The edifice is comprised of a collonaded kind of enclosing a paved courtyard. The main shrine is built on a double base with four small shrines at four corners. The bases are intact but the sanctum has almost disappeared. 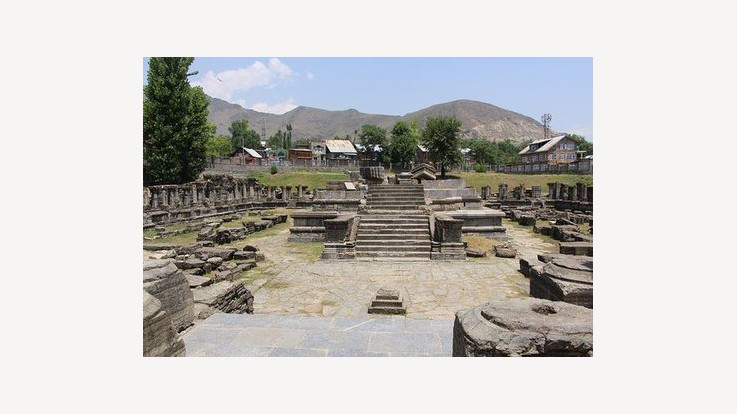 Temple HistoryAwantiswami temple stands amidst the scenic green valleys. The temple was constructed in the 9th century by the king Avantivarman, during his reign in Jammu and Kashmir. He was a great devotee of Lord Vishnu and Lord Shiva and hence he constructed two shrines for the deities. The temple has an imprint of the aristocratic lineage of Jammu and Kashmir spanning over 1100 years. It has withstood the invasions that the town of Awantipora has faced. These ruins are part of Avantiswami temple. The ruins depict that the temple would have been a huge and great structure. Some of the pillars stay tall even today. 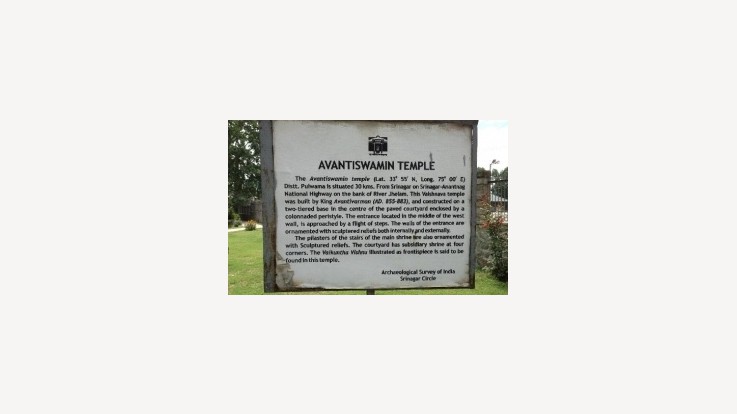 By Road: All kind of transports are available from Srinagar to reach Awantipora. Srinagar is well linked by road with most of the cities in Jammu and Kashmir.

By Train: The closest railway station is Srinagar.

By Air: The nearest airport is located at Srinagar.