About the TempleAvari Mata temple is established at the Bhadesar town of the Chittorgarh district in Rajasthan. This temple is consecrated to goddess Avari Mata near the Aasawara village. The temple is surrounded by the hills and springs.

The temple complex has a beautiful holy lake and a shrine of Lord Hanuman. The temple surrounding is absolutely serene.

Significance of the TempleIt is believed that this place has a special, curative power which can help healing the ailments such as paralysis and polio. Every day thousands of people visit this temple in an attempt to find a cure for their ailment.  Devotees arrive with their family members, stay here for several days. The shops situated outside of the temple complex sell oil. Devotees buy this oil and take it into the temple for getting the blessings on that oil. Later, this oil is applied on the affected area to get relief. Patients are also advised to attend the aarti of Avari Mata which is conducted in the main sanctum of the temple. 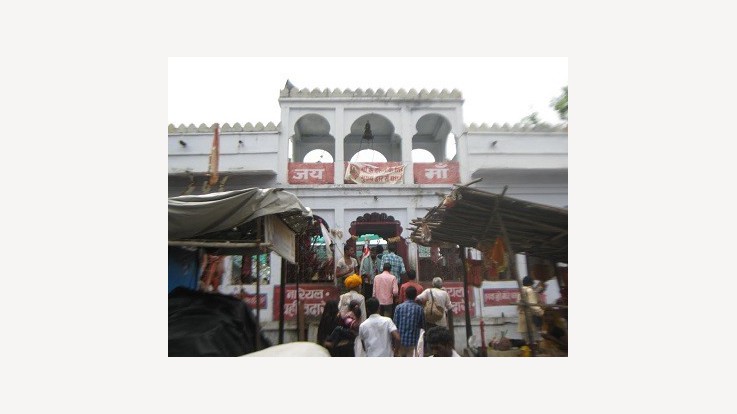 View of the Temple

Temple History and Temple LegendAvari Mata temple is constructed in simple architecture pattern. The temple has two main doorways and small towers. It is a rare kind of ancient Hindu temple which has a huge temple campus. The temple walls are decorated with beautiful images of local deities. The idol of goddess Avari Mata is placed on a raised stage in the main sanctum. 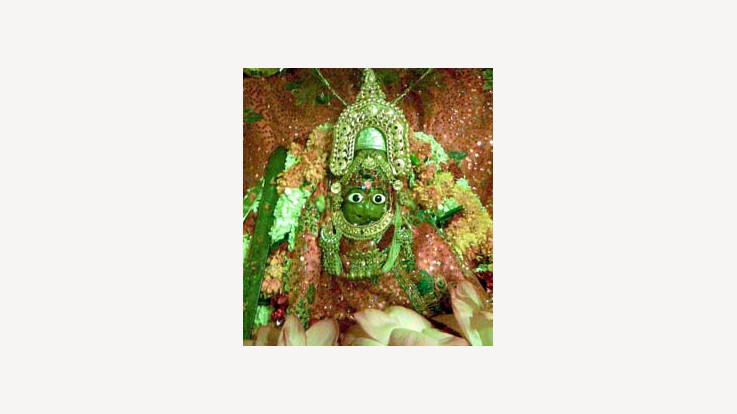 Idol of the Goddess

Festivals, Pujas, and CelebrationsApart from the various Hindu festivals, Navratri and Hanuman Jayanti are celebrated with special puja and aarti.

By Road: Bus service is available for Bhadesar from all the major cities of Rajasthan.

By Train: The nearest railway station is Udaipur which is 91 km from Bhadesar.

By Air: The nearby airport is located at Dabok which is 69 km away.