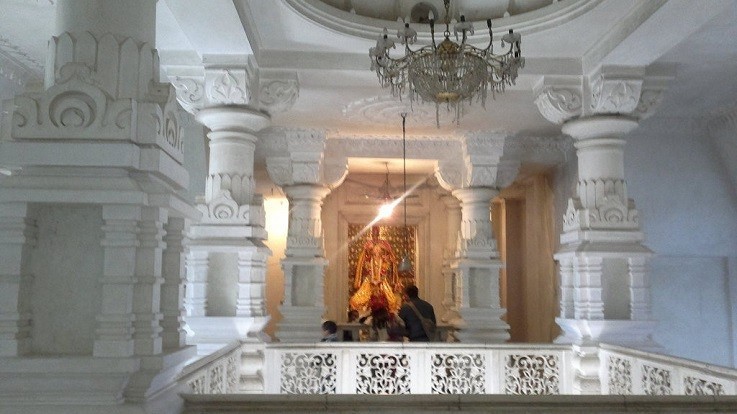 Baba Baroh temple is entirely constructed of white marble. The idols of Lord Krishna and Radha are placed in the main temple. There are other shrines devoted to Lord Shiva, Goddess Durga, Sai Baba and Lord Hanuman. The temple was constructed by a local Pandit. There are various other temples located nearby including the temple of Kali Nath Bhole Shankar. The temple also houses an idol of Goddess Durga which is made of metal. The main temple stands in the temple premises. At the other corner, there is a temple of Lord Shiva. 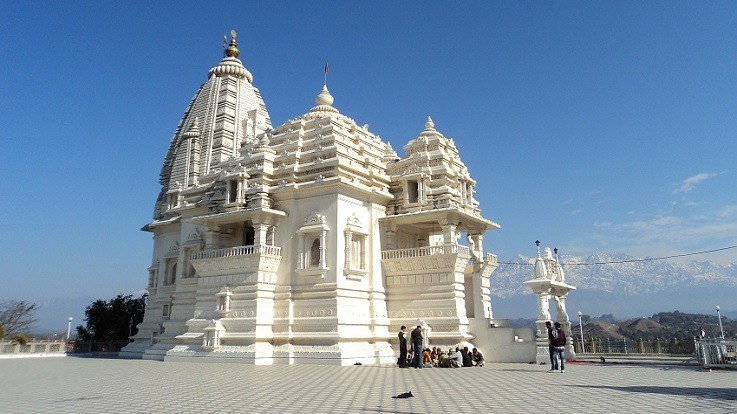 The main temple has two floors. One floor has Radha Krishna idols and the second floor houses an idol of Goddess Durga. The temple offers a spectacular view of the picturesque Dhauladhar range of the Himalayas covered with snow. The temple premises has a huge idol of Lord Hanuman. The architecture of the temple is a blend of modern and ancient south India design. The brilliant architectural skills are worth watching. There are some other social welfare works being done by this temple such as maintaining cow shelter and offering Langar Seva.

October is considered as the best time for a visit to this temple as the festival of Dussehra is celebrated with gaiety and fervor.

Every year major festivals like Shri Krishan Janmashtami, Deepavali, Basant Panchami are celebrated with great joy and during these times this white marble temple looks more beautiful as it is covered with decorative lights.

By Air: Gaggal Airport has situated 13 km away from Dharamshala and 8 km from Kangra town respectively.

By Rail: The nearby railway station is Kangra which is 17 km from Dharamsala.

By Road: Dharamshala is well connected to all the major towns and cities of Himachal Pradesh through the road network. The main bus terminal is located at lower Dharamshala. The temple is situated just before the Baroh bus stand.