Bagnath Temple is an ancient temple devoted to Lord Shiva. It is situated in the Bageshwar town of Uttarakhand. The temple was constructed in 1450 by Kumaon ruler, Laxmi Chand, at the confluence of Gomati and Sarayu rivers. The prime shrine has Lord Shiva as a presiding deity. There are 17 subsidiary shrines which are dedicated to various deities including Lord Kedareswar, Lakshmi-Narayan and Brahmini Devi. According to Hindu mythology, Lord Shiva and Parvati were married at the confluence of River Gomati and Garur Ganga. The temple of Bagnath is reverend for one and all. Devotees throng the temple on every Monday of the holy month of Shravan to worship and seek the blessings of Lord Shiva. The Shiva temple was constructed at Bageshwar during the reign of the Chands. 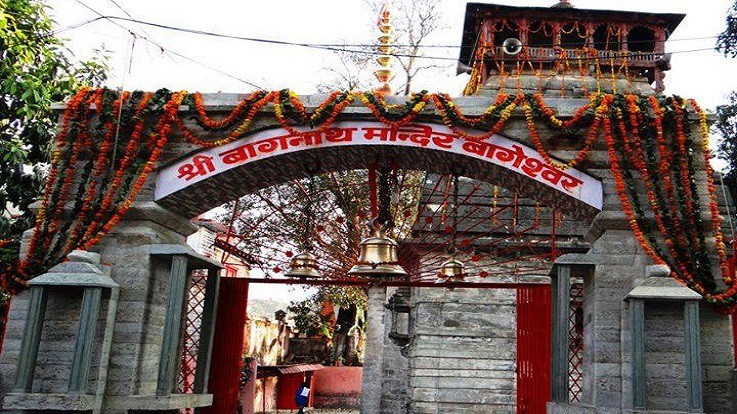 The imposing history of Bageshwar temple dates back to several centuries. The town of Bageshwar has derived its name from the ancient temple of Lord Shiva also known as Bagnath temple which is nestled in the heart of the town. According to a mythological hearsay, sage Markandey stayed here to perform the penance. Lord Shiva has visited this place in the form of Bagh or tiger and since then, it has become an important place of pilgrimage for Shiva devotees. Bageshwar temple stands at the convergence of river Gomti and river Saryu with a conical tower. The shrine of the 'Bageswar' is also known as 'Vyagreswar' which literally translates the 'Tiger Lord', an epithet of Lord Shiva. 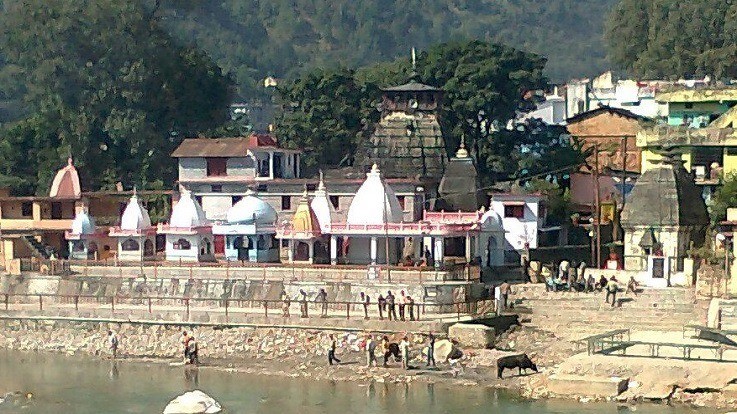 The legend has it that devotees decided to install a Shivlinga in the temple. But repeated attempts to install a Shiv Linga didn’t work as no one could install the Shivlinga in the temple. It was Shri Manorath Pandey, a local of Palayn village who did a penance and he successfully installed the idol after performing penance on the day of Maha Shivratri. Since then, each year a grand fair is held on the auspicious day of Maha Shivratri to celebrate the event. A large number of devotee flock to the Bagnath temple, especially on Maha Shivratri and on every Monday of the holy month of' Shravan' to seek the blessings of Lord Shiva.

The temple is flooded with devotees on the occasion of MahaShivratri. A grand fair is held every year on the auspicious day of Makar Sankranti a grand fair. The festival of Kartik Purnima is celebrated with great devotion.

By Air: The nearest airport is Pantnagar which about 203 km away from the temple.

By Rail: Kathgodam is the nearest railhead which is around 180 km away from the temple.

By Road: Bageshwar is well connected to most parts of Uttarakhand state through road.