About the Temple:Becharaji or Bahucharaji temple is located in Mehsana district of Gujarat. The presiding deity of the temple is goddess Bahucharaji who is worshipped as Bala. Bahucharaji temple is one of the Shakti Piths where Devi Sati's hands had fallen. The name of the town is derived from Goddess Bahuchar or Bahucharaji. The temple is comprised of three main shrines which are known as Adhya sthan, Madhya sthan and the main temple. Adya sthan is the original site of the temple and Madhya sthan is the middle portion of the temple. Bahucharaji temple surrounds Varkhadi tree from where Goddess Bahuchara was appeared. The southern and northern entrances of the temple are adorned with carved and ornamented stones. In the main temple, a crystal made, gold studded Bala Yantra is being worshipped. Besides the three main shrines within the temple complex, there are shrines of Lord Ganesh, Lord Narsangveer, Lord Neelkanth Mahadev, Saheriya Mahadev, Sidhanath Mahadev, Gutaeshwar Mahadev, Bhuleshwar Mahadev, Kachrolia Hanuman and Shri Chachar. The temple complex also houses a Havan place, Akshayapatra Deri, Cock house, Mataji's seat, Deepmala, and guest houses.

The main temple complex and gate was built in 1783 CE by Manajirao Gaekwad who was a Suba of Kadi district. The centre temple was built by Maratha Fadanvesh. Bahucharaji Mata rides rooster. There are many miracles and legend associated with the rooster. Devotees of Mataji consider rooster sacred and worship it.

As per the folklore, during the exile period of Pandavas, Arjun took disguise of the eunuch in Bahucharaji temple and presumed the character of Brihanalla. Since then, eunuchs have been visiting this temple. They sit in the temple complex and do not enter in the main temple ground. Legend states that before dressing up as eunuch, Arjun hid his bow and arrow in Sami tree inside Bahucharaji temple. Hence, during the festival of Dussehra Sami trees is worshiped by devotees. 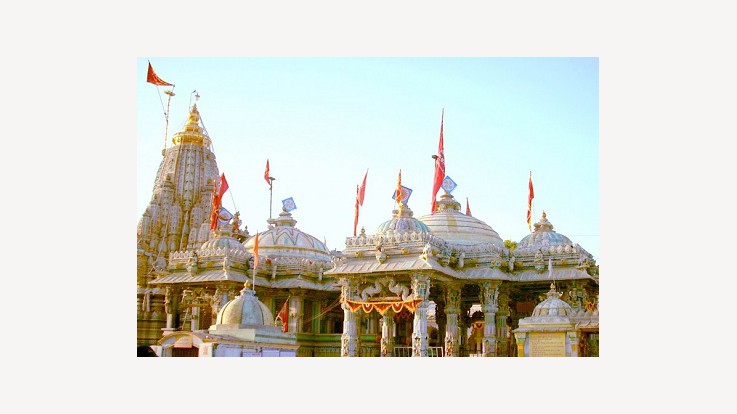 According to another tale, goddess Bahucharaji is the manifestation of Ambadevi who wanted to marry Bhishma. He refused the proposal and convinced his brother to marry Ambadevi. As a result, Ambadevi became very angry with Bhishma. She took a pledge to become the reason for Bhishma’s death. In Mahabharata, she was reincarnated as a eunuch named Shikhandi. During the Mahabharat battle, Bhishma knew that Shikhandi was Ambadevi and therefore did not strike back. Hence, Bhishma got killed in the battle. 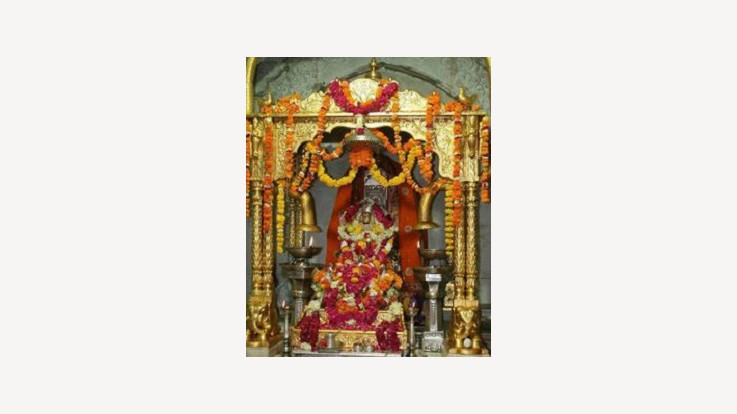 Festivals and Celebrations:The festivals of Chaitra Navratri, Ashwin Navratri, Dussehra and Diwali are celebrated with great devotion. A fair is organised by Bahucharaji temple trust twice in a year where a large number of devotees visit the temple. Goddess Bahuchara is regarded as patroness of charan and is worshipped by the Eunuch community. Hence, it is an important place for Eunuchs.

By Air: Ahmedabad International airport is located at a distance of 100 km from the temple.

By Train: Mehsana railway station (41 km) is the closest railhead that connects the adjacent areas and states.