Bala Sundri temple is located in Trilokpur, Himachal Pradesh at an elevation of approximately 430 m. The temple is devoted to Goddess Mahamaya Bala Sundri which is considered as an avatar of Goddess Vaishno Devi. The temple has a beautiful childhood idol of Goddess as a presiding deity. As the legend goes, during the battle between Mughal general Ghulam Quadir Rahilla and native Rajputs just when the Rajputs were succumbing to Mughal general, a divine woman appeared and transformed their defeat into a victory. The temple of Bala Sundri is a tribute to the Goddess and was built to commemorate the victory of Rajputs. 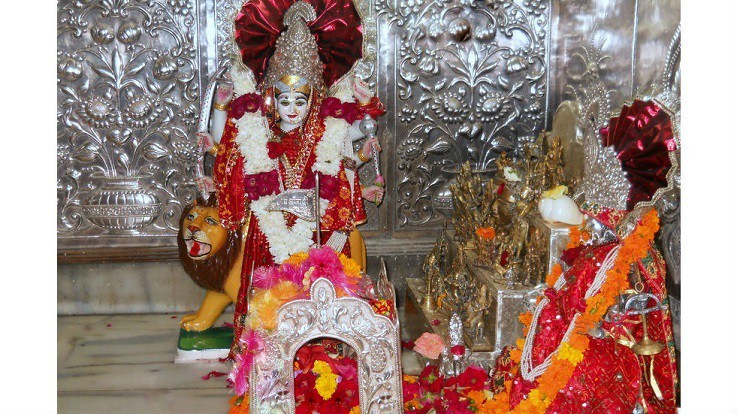 Bala Sundri temple was built in 1573 by King Dip Parkash. He called the best artisans from Jaipur. It took 3 years to build this temple. Since then, the worship of Goddess Bala Sundri has become the tradition in the Royal family. The temple was renovated by Maharaja Fateh Prakash and Maharaja Raghubir Prakash in 1823 and 1851 respectively. The temple is an example of a wonderful amalgamation of Indo-Persian architecture. A giant colorful gate welcomes the pilgrims which are located at a distance of 1 km from the main shrine. En route to the main shrine, devotees can also visit Dhyanu Bhakt Temple. Devotees walk up to the temple singing hymns and prayers. 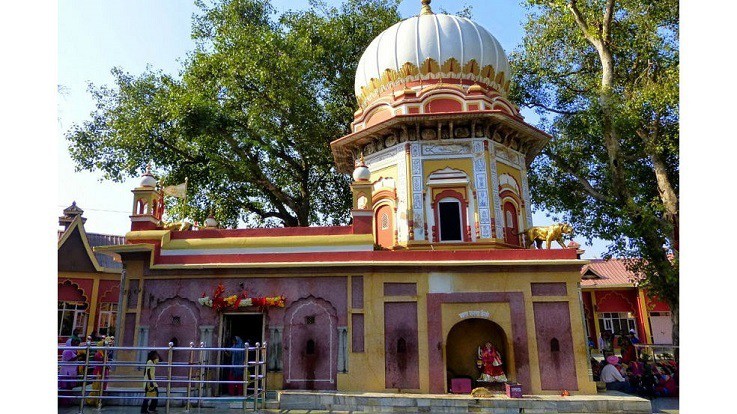 As per the local legend, Goddess Bala Sundari had appeared at Trilokpur in a bag of salt which was brought by a local shopkeeper Lala Ram Das. Throughout the day he kept on selling salt from that bag but the quantity of salt did not exhaust and the bag remained filled as it is. He was amazed by the miracle. At that night, Goddess appeared in his dream and told him about her her disappearance from Devban (Uttar Pradesh). She asked him to build a temple and establish her Pindi form, which was already present inside the bag of salt. She also directed him to worship her as Mahamaya Balasundari – an infant form of Goddess Vaishno Devi. Lala Ram Dass was unable to construct the temple on his own. Hence, he approached to the ruler of Sirmour state who readily agreed to construct a temple for the installation of the Pindi of Mata Balasundari at Trilokpur. The artisans from Jaipur constructed a mesmerizing marble temple for Goddess Bala Sundri. The construction of the temple was completed by 1573 AD. Another temple of Bhagwati Bala Sundri stands at Devband in Uttar Pradesh. 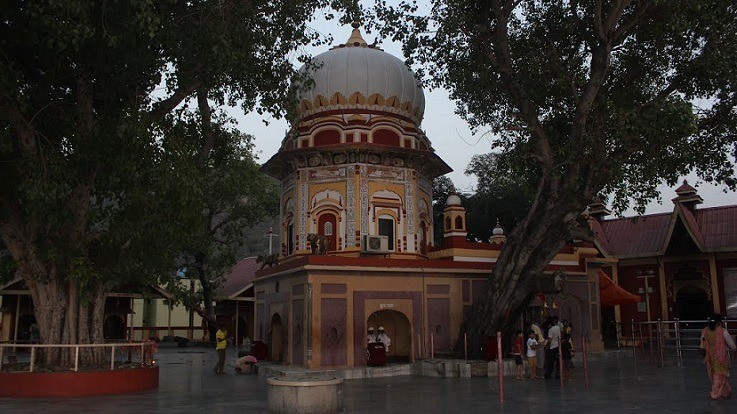 Bala Sundri temple is popular for its fairs and festivals. Two Navratra Fairs are organized during the month of Chaitra and in the month of Aashvin.

By Air: The nearest airport is Jubbarhati Airport (102 km).

By Rail: Barog (42 km) is the nearest railhead.

By Road: The temple is located 17 km away from Nahan and about 6 km from Kala Amb which is a gateway to Nahan from bordering Haryana state. A regular bus service runs from Nahan to Trilokpur via Kala Amb.