About the TempleBambleshwari Temple is located at Dongargarh town in Rajnandgaon district of Chhattisgarh. The temple is situated on a hilltop at the height of 1600 ft. Devotees climb 1100 stairs to reach the temple. This temple is also known as Badi Bambleshwari. Another temple of Chhotti Bambleshwari has situated about half a km away from the main temple complex of Bambleshwari Devi. This temple is revered by many people of Chhattisgarh who flock the shrine all around the year. After the renovation work, the temple structure is tiled with marble throughout with a 'Gumbad' made with 1kg. Gold. 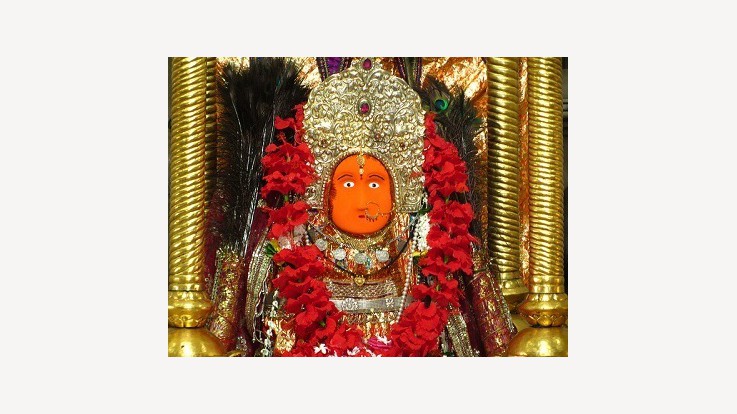 Temple History and Temple LegendMaa Bamleshwari Devi is a manifestation of Devi Durga. The temple was built around 2200 years ago by King Veersen. The legend says that around 2200 years ago, Veersen, a local king, performed puja on the suggestions of his royal priests to obtain a child. Later, his queen gave birth to a boy. They named him Madansen. King Veersen considered the birth of his son as a blessing of Lord Shiva and Goddess Parvati and constructed this temple for Bambleshwari Devi. King Madansen had a son named Kaamsen. A big battle took place between king Kamsen and king Vikramaditya, due to the love between musician Maadhavnal & Kaamkandla, who was a bayadere. Legend has it that after the death of Maadhavnal & Kaamkandala, King Vikramaditya felt guilty as it was his mistake due to which Maadhavnal & Kaamkandala lost their lives. He thought that he was responsible for their death. He underwent deep meditation to get rid of this pain. Maa Bagulamukhi Devi appeared in front of him. King Vikramaditya requested goddess to restore the lives of Maadhavnal and Kaamkandala. He also asked Bagulamukhi Devi to stay at this temple. Since then, Bagulamukhi Devi is present at this temple. As time passed, the name changed from Maa Bagulamukhi to Maa Bamlai to Maa Bamleshwari. 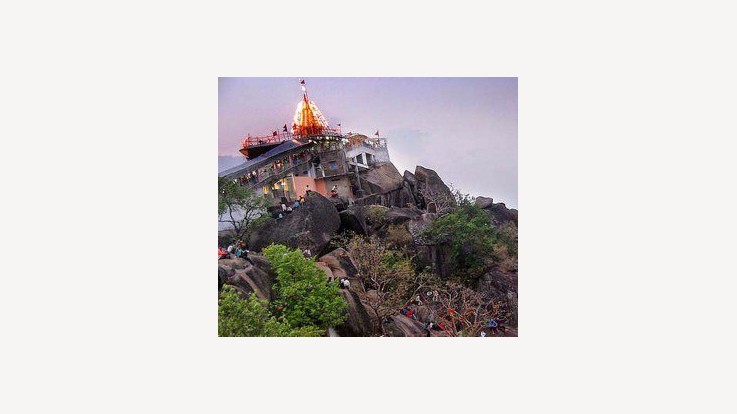 A rope-way to reach the hill on which the temple is located is another attraction. It is very popular among the tourists as it is the only rope-way set up in Chhattisgarh state. 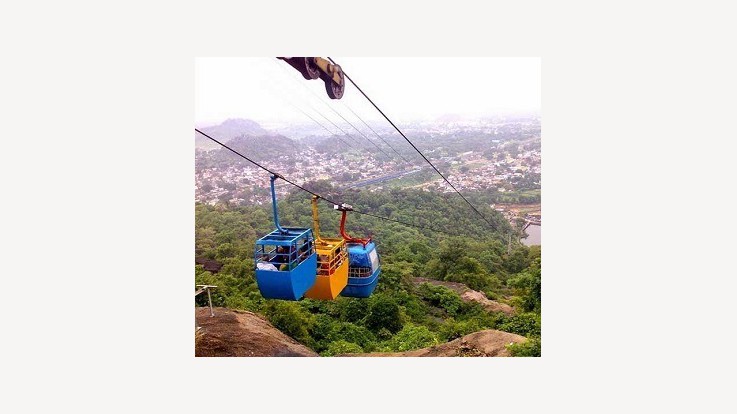 Festivals and CelebrationsDevotees flock the temple during the festivals of Chaitra Navratri and Ashvin Navaratri. The tradition of lighting Jyoti Kalash is followed during Navaratri.

By Air: Raipur airport is the nearest airport.

By Train: Bilaspur and Raipur are two major railway stations.

By Road: Dongargarh is 40 km from Rajnandgaon and is well connected with roads from Rajnandgaon. National Highways 6, 43 and 16 connects the place with other parts of the country.