About the TempleBanni Mata temple, popularly also known as Mahakali Banni Mata temple, is nestled Tundah village of Chamba District in Himachal Pradesh. The temple is located just opposite to Manimahesh Peak at a height of 8,500 ft, at the foot of the beautiful Pir Panjal Range in the Chamba Valley. An ancient temple of Banni Mata is consecrated to Goddess Kali. The temple is surrounded by dense forests. It is a holy place which holds a rich inclusion of natural beauty. The temple is famously known as Shakti Devi Temple. This temple is named as Banni due to the presence numerous Ban trees or Oak trees. 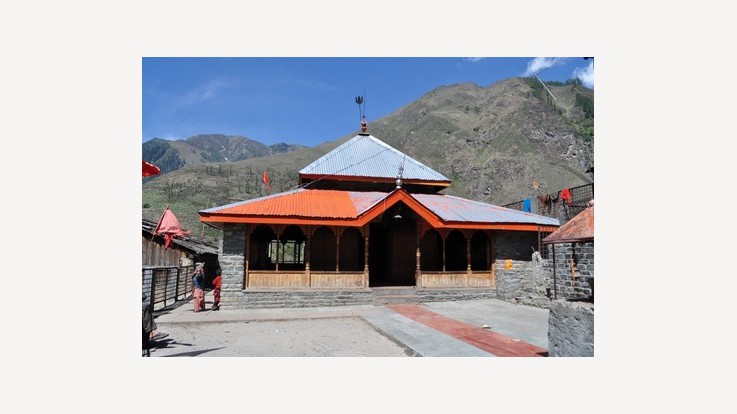 The legend behind Banni Mata temple dates back to the Mahabharata period. It is believed that all the Pandava brothers, after ruling their kingdom left for the Himalayas. While wandering in the Himalayas in search of heaven, they reached near the beautiful Pir Panjal range. They decided to climb a little higher. Later, they headed towards Charola. On their way, they came across many obstacles. The mountains were difficult to climb and walking was tough due to the snow all over. There were risky slopes and crevices. Suddenly, all four of the Pandavas and Draupadi started succumbing to the weather. All except Yudhishthira died on the way to heaven. Yudhishthira reached the heaven.

Draupadi’s mortal remains are believed to have been inhabited by Goddess Kali and it appeared as the incarnation of Goddess Kali. It is believed that at Charola, a huge rock split to reveal 3 Tridents, which can still be seen there. After this, the goddess resided at the base of the Pir Panjals, in Lyundi and finally Goddess made Banni village her abode. Since then, there has been a temple devoted to Banni Mata (an incarnation of Kali) at this village. 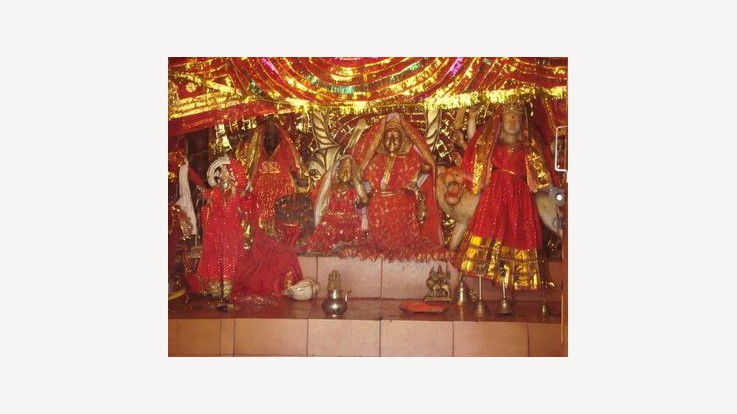 Festivals and CelebrationsIn the Bhadrapad month, a fair is held at the temple premised which attracts devotees from all around. The fair and Kali Puja involves severing the heads of many goats. Liquor is another common offering. The festivals of Chaitra Navratri, Ashwin Navratri, Dussehra and Deepavali are celebrated with great fervour. 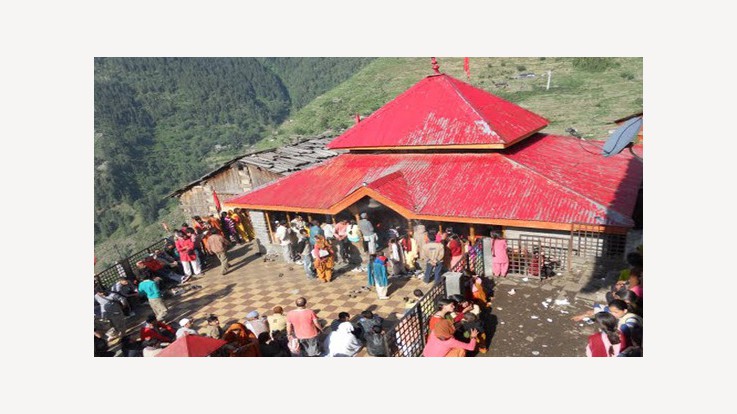 By Air: Kangra airport is 32 km away from Banni Mata temple.

By Rail: Kangra is the nearest railway station.

By Road: Buses, private jeeps and taxis are available to access the temple. Chamba bus stand is well-connected to all the major towns of Himachal Pradesh.