Barfani Dham is a popular shrine which is located at the Dongargarh town of Chhattisgarh. A unique feature of this temple is that the edifice is constructed on three levels. The top most level is dedicated to Lord Shiva. The middle level is consecrated to goddess Navadurga or Tripura Sundari and the bottom layer is devoted to Patal Bhairavi. A huge, 108 ft tall Shiva Linga can be seen at the top of the temple with a large idol of Nandi bull standing in front of it. 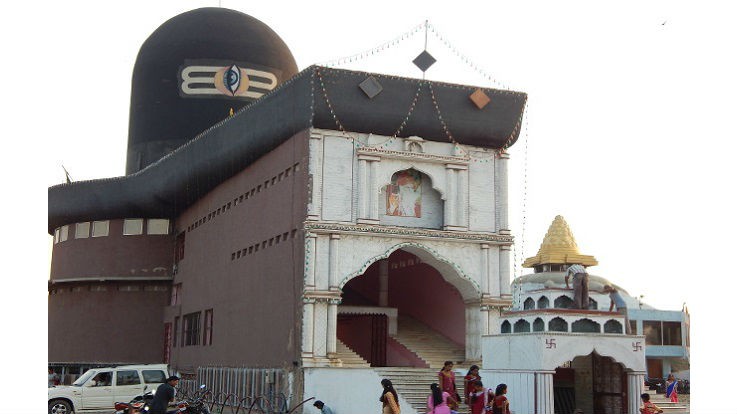 The temple was constructed in the year 1998. The entire temple edifice is constructed according to the beliefs of Puranas and other sacred scriptures of Hinduism. The shrine of Patal Bhairavi is constructed 16 ft below the ground. The idol of goddess Patal Bhairavi is surrounded by idols of Lord Hanuman, Bhairav Baba, and Lord Ganesh. All these idols are placed in a circular sanctum. The fierce and 15 ft tall idol of Patal Bhairavi weighs 11 tonnes. The middle level of the temple depicts the Devi Lok. It houses the idol of goddess Dashmahavidya, also known as Tripura Sundari. Apart from this, the idols of goddess Kamla, Goddess Tipur Bhairavi, Goddess Baglamukhi, Devi Matangi, Maa Raajrajeshwari, TipurSundari, Goddess Durga, Goddess Buvaneshwari, Chinna Mata, Goddess Shodashi, Goddess Dhumavati and goddess Kali can also be seen in this shrine. The top most level has an idol of Lord Shiva along with the replica of Twelve sacred Jyotirlingas and a 108 ft tall Shiv Linga. 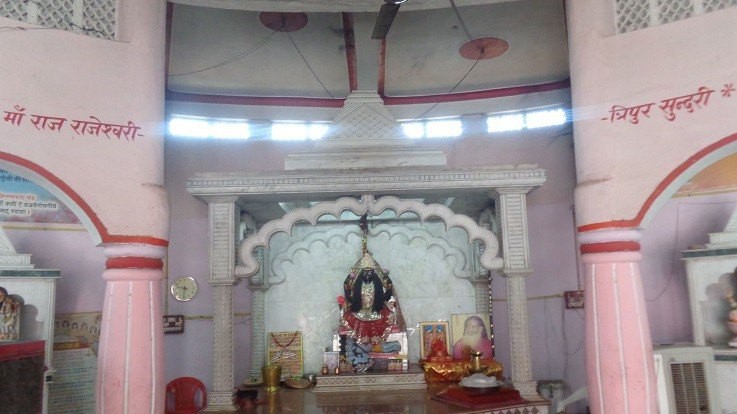 Every year, a fair is organized in the temple premises on the occasion of Sharad Purnima. The festivals of Maha Shivratri, Navratri, Dussehra, and Diwali are celebrated with great devotion.

By Air: Raipur airport is located at a distance of 70 km from the temple.

By Train: Rajnandgaon is the closest railway station.

By Road: Buses and taxis are available to access the temple. The place has well built and well-connected road network. There are regular buses from other major cities to Rajnandgaon.