Bargabhima Temple lo known as Vibhasha Shakti Peeth is located in Tamluk in Purba Medinipur district of West Bengal. The temple is spread over the huge area with a courtyard. Inside the inner sanctum, the black stone idol of Goddess Kali is seen beside the Shiva Linga and is surrounded by white marble boundary. Here, Goddess Kali is the presiding deity who is worshiped as an incarnation of the Goddess Mahisasur-Mardini, the slayer of demons. The deity has four arms. Upper arms are holding a Trident and a human skull. In her lower hands, she carries the heads of the demons after slaying them. 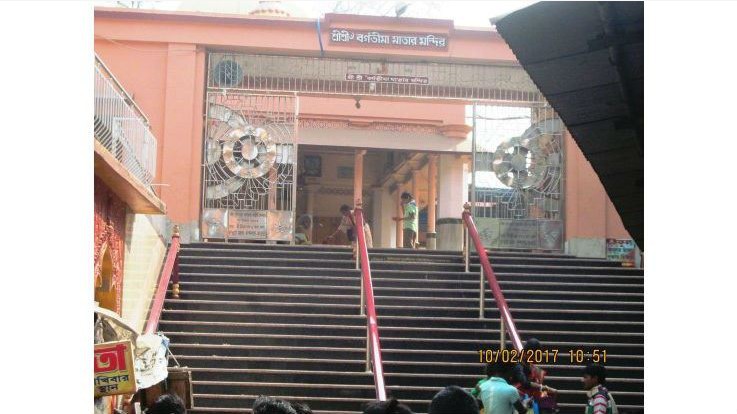 An ancient temple of Bargabhima is nearly 1150 years old. The temple was constructed by King of Mayur dynasty. Bargabhima temple stands by the Roopnarayana river at Tamluk village. The shrine is also known as Bhimakali Mandir. This temple is considered among one of the 51 Shakti Peeths, where the left ankle of Goddess Sati Devi fell. The architecture of the temple resembles that of a Kalinga temple tombs, as well as Bangla Aaatchhala, styled Natmandir. The temple is the mixture of Oriya and Buddhist culture. The old temple was destroyed due to the Islamic invasion. The present temple is built on the remains of the ancient temple.

Tamluk or Tamralipta is one of the most sacred and revered shrines for Vaishnavas. It is said that the place has been hallowed with the presence of the lotus feet of Lord Krishna when Shri Krishna himself came to Tamluk and released the horse for the Ashwameda Yagna. Due to the presence of the Shakti Peeth of Vibhas, it has also made the place sacred for the Shaktas as well as the Shaivas. 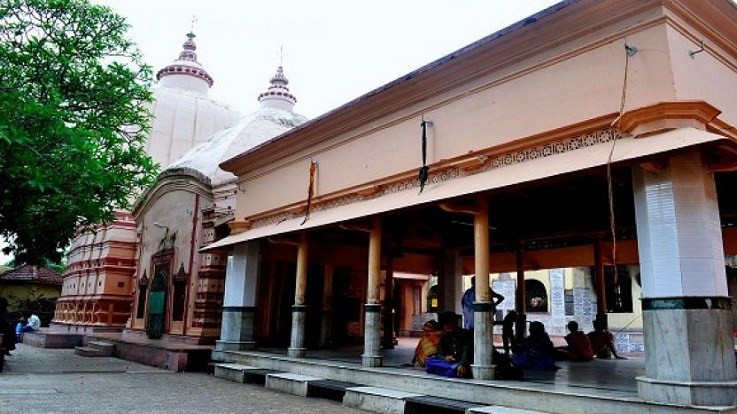 By Train: The nearest rail head is Tamluk.

By Road: The temple is located near Tamluk bus stand. The place has a well-connected network of roads.