Bathu temples are also known as " Bathu ki ladi ". It is a group of temples in the Kangra district of Himachal Pradesh. The temple is located about three km east to Dhameta. In early 1970’s, these temples were engulfed in Maharana Pratap Sagar, a reservoir created by Pong dam. The temples are accessible only during the months of May–June when the water level is low. These temples can be accessed by boat from Dhameta and Nagrota Surian and are approachable by road from Jawali. 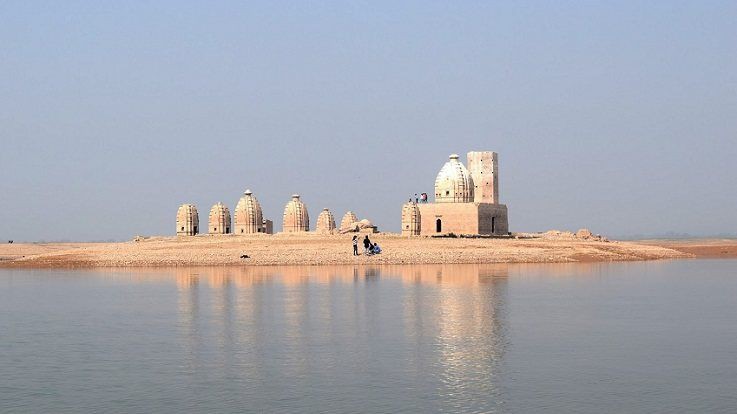 There are many popular hearsays about the origin of Bathu temples among the locals. According to that, some native claim that the temple was constructed by Pandavas while other stories claim that it was established by a local king. In the 1970’s, this spectacular unique complex of 8th century was submerged by the lake waters. Each year as the lake levels decline, the temples gradually appear at the edge of the fields. Before 1974, this cluster of unique temples would attract pilgrims throughout the year. It was in 1961 that the work of Pong dam was started. The work was completed in 1970. The level of dam water rises above 1410 ft to engulf the temple. 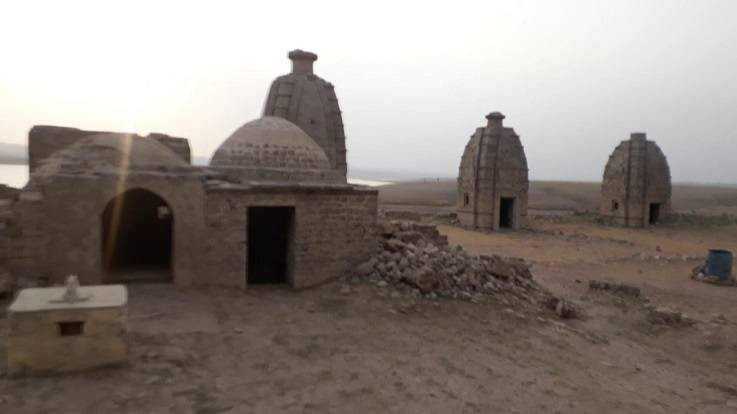 Bathu temple is a cluster of eight temples that are spread over the large area which used to have strong protection walls. The temple is made out of Bathu stone. The stone images of Goddess Kali and Lord Ganesh is seen on the either sides of the gate. Before entering the temple complex, devotees need to pass through another gate, as the temples have two layers protection walls to save them from foreign invaders. The temple houses the broken images of Lord Vishnu and Sheshnag. Ancient and artistic ladders with portraits of Hindu gods inside the temple domes display the richness of architecture skill. The chisel and stone work on Bathu stone is worth watching. 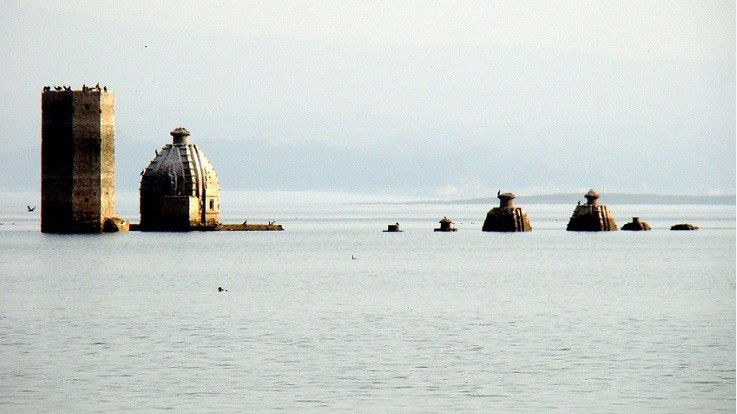 By Air: The nearest airport is Gaggal airport.

By Rail: The nearest railway station is Jawanwala Shahar.

By Road: The temple is connected by well-maintained roads to all the major cities of Himachal Pradesh.