Bhairabi temple stands on the outskirts of Tezpur, in Sonitpur district of Assam. The temple is devoted to the goddess, Bhairabi. Among the locals, goddess is famously known by the name of Maithan and Bhairabi Devalaya. Bhairabi Temple is a revered siddha pitha where people offer the prayers to the goddess and seek her blessings. Here, goddess Bhairabi is worshipped as Mahavidyas of Ma Durga Devi. Bhairabi temple is a very important and sacred Shakti Peeth of Assam. The temple overlooks towards the Kolia Bhomora Setu across the Brahmaputra River. The temple site is locally known Bhairabi Devalaya. The architectural work of the temple represents Assamese culture. 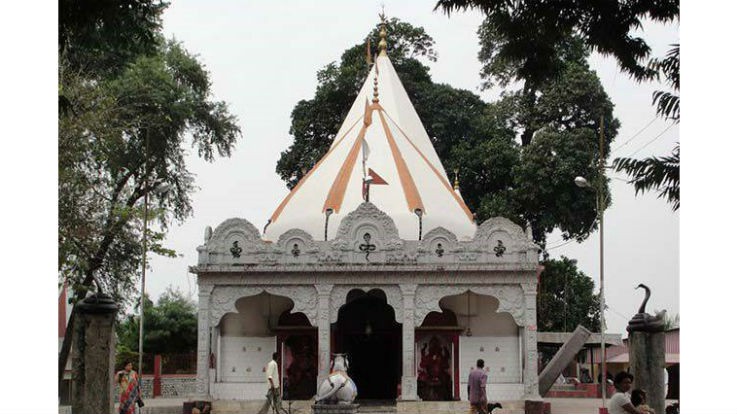 Bhairabi temple is locally known as 'Maithan' or 'Bhairabi Devalaya'. The temple belongs to the Borthakur's of Tezpur. Bhairabi Temple is a representation of the Assamese architecture. The interior of this temple is decorated with sculpted images. The carvings in the temple are absolutely amazing. The 9th-century art work is evident on the stone carvings. 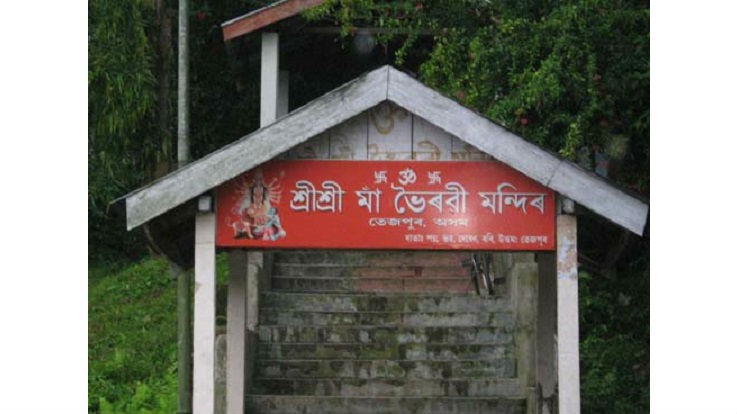 There is no record of the date of establishment of this temple but it is believed that Bhairabi temple is around 400-year-old. It is said that from 5000 BC, goddess Bhairabi was worshipped by Usha who is the primary creator of this temple. Usha is known to be the daughter of demon King, Banasura of Dwapar Yuga. The legend has it that Usha, daughter of mighty demon King Banasura, came here for the worshipping of Goddess Bhairabi. The legend related to this shrine has its evidence in ancient Indian scripture which narrates that it was the holy abode of Devi Durga where the daughter of Banasura used to pay holy offerings to the enshrined figurine of goddess Durga religiously.

Every year, Navratri and Durga Puja celebration is performed in a very grand manner in this temple.

By Road: Bhairabi Temple can be easily accessed by road from any part of Assam. Taxi or auto or Buses are easily available to reach the temple.

By Train: The closest railway stations are Amgurai and Tezpur.

By Air: Salonibari Airport located at Tezpur is the closest airport. Another airport is Lokpriya Gopinath Bordoloi International Airport which is located at Guwahati and is 165 km away from Tezpur.