Bhalka Tirth is located at the Prabhas Kshetra near Veraval in Saurashtra district of Gujarat. This is the site where Lord Krishna was hit by an arrow, after which he left his mortal body for his heavenly abode. The footprints of Lord Krishna are installed in a small open shrine. This place is also known as Shri Krishna Nija Dham Prasthan Tirth or Dehotsarg Tirth. Bhalka Tirth stands on the banks of river Hiran which is located at a distance of 1.5 km from Somnath temple. It is believed that Shri Krishna departed for his heavenly abode on the first day of bright fortnight in Chaitra month of 3102 B.C. 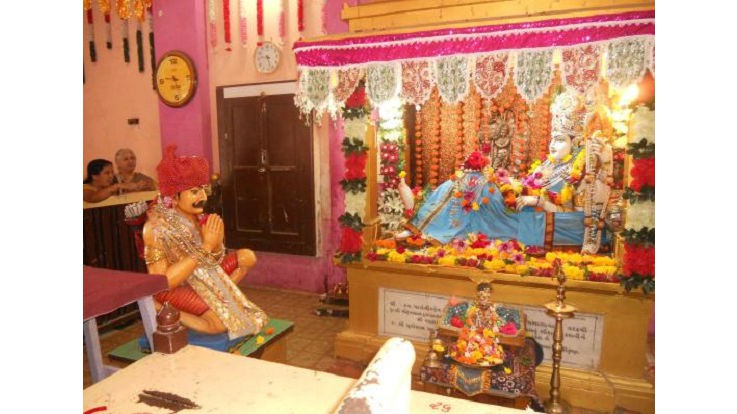 The temple at Bhalka Tirth is also known as Mahaprabhuji ni Bethak. A sacred Tulsi sapling has been planted in Lord Krishna's memory. In the 9th century AD, Shri Vallabhacharya delivered sermons on Shrimad Bhagavad Gita for seven days at Dehotsarg Tirth. The temple idol depicts the final moment of Lord Krishna. Lord Krishna is seen in half reclining posture with an arrow pierced into his sole and "Jara" the hunter sits weeping with folded hands and asking to forgive him. A sacred Pipal tree stands near the idol. 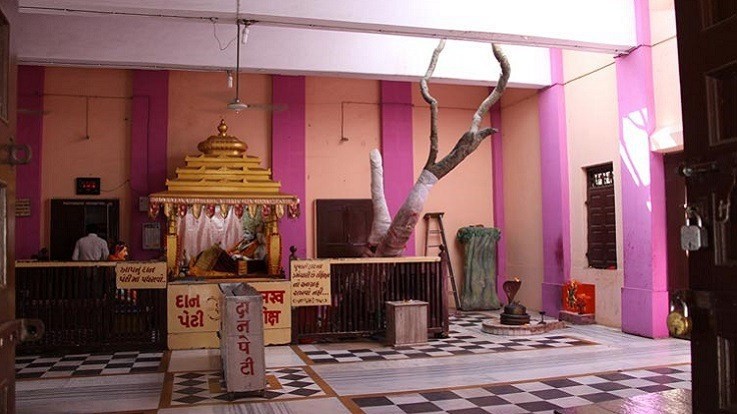 In the battle of Mahabharata, all the hundred sons of Gandhari got killed. On the night before Duryodhana's death, Lord Krishna went to meet Gandhari to offer condolences. Gandhari believed that Lord Krishna purposely did not put any effort to end the battle. In a fit of rage and grief, Gandhari cursed that Lord Krishna, along with everyone else from the Yadav dynasty would perish within 36 years. Lord Krishna wanted this to happen as he felt that the Yadavas had become very haughty and arrogant. Hence, he ended Gandhari's speech by saying "Tathastu".

Many years after Kurukshetra war, a fight broke out among the Yadavas who killed each other. On seeing this, Lord Krishna’s elder brother, Balarama gave up his mortal body. Lord Krishna went into the forest and started meditating under a Peepal tree when a hunter named Jara, mistook Krishna's left foot for that of a deer. He shot an arrow which wounded him mortally. Lord Krishna left his physical body and returned to his eternal abode. This marks the departure of Krishna from the earth. According to Puranas, Lord Krishna's departure marks the end of Dvapara Yuga and the beginning of Kali Yuga. 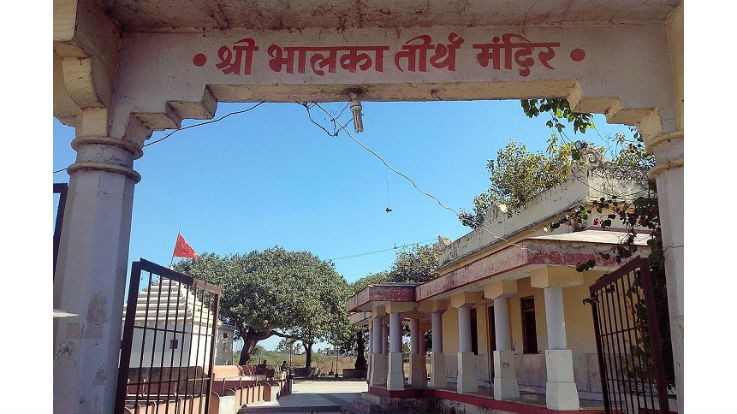 The festivals of Janmashtami, Radha-Ashtami, Gopashtami, Holi, and Diwali are celebrated with great devotion.

By Train: The nearest railway stations are Somnath and Veraval.

By Air: The closest airports are located at Diu & Rajkot.

By Road: The temple is well-connected by road with all the major cities of Gujarat. Buses and private vehicles are easily available at Bhalka bus stand.