Bharati Matha Temple is devoted to Lord Shiva. It is one of the oldest temples in Bhubaneswar, Odisha. The three leveled Bharti Mata temple was established during the 11th century AD. The temple faces towards the western side and it is a part of cluster of nine temples. These temples are immensely rich in terms of cultural heritage and are one of the iconic architectural structures in Odisha. At present, some of these temples are not functional as they are in a dilapidated state because of rain water accumulation and excessive vegetation growth in the areas surrounding the temple. 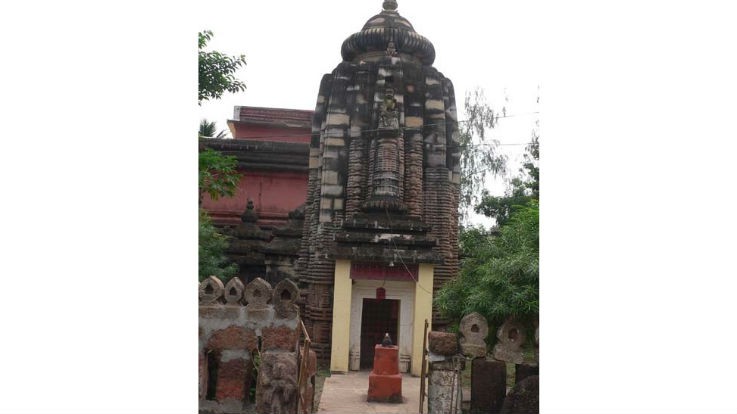 This temple was built during the 11th Century AD. It is said that the Matha Mahantas lived their lives for the development of Hindu religion. Hence, they were respected as Gods by the locals. These Mahantas had the power of knowing when and where they would die and as their end come near, they would appoint a successor to take their legacy forward. Once, they are done with their commitments, they would sit in Samadhi and enter into deep meditation. Eventually, they attain salvation. The locals bury them in that same place and construct a small Shiva temple with a Yoni Pitha around it. Similarly, nine small shrines were constructed and came to be known as Bharati Matha Burial temples.

The Bharati Matha temple has features of Kalinga style architecture. Masonry technique was used to build the temple. The edifice stands 26 m tall and is made up of coarse gray sandstone. The square shaped Bharati Matha Temple is spread over an area of 26 sq m and is enclosed by a massive wall. Pipal trees and Asoka trees are seen on the outer wall of the temple. Towards the southern side of the temple entrance, a cluster of nine small shrines and a few detached sculptures are seen behind the Talesvara Siva temple. These nine temples enshrine the Shiva Lingam in the sanctum. The temple is built on an elevated platform with seven moldings. There are three living rooms in the temple. The temple is simple with no extreme decorations with a thick Door-frame. 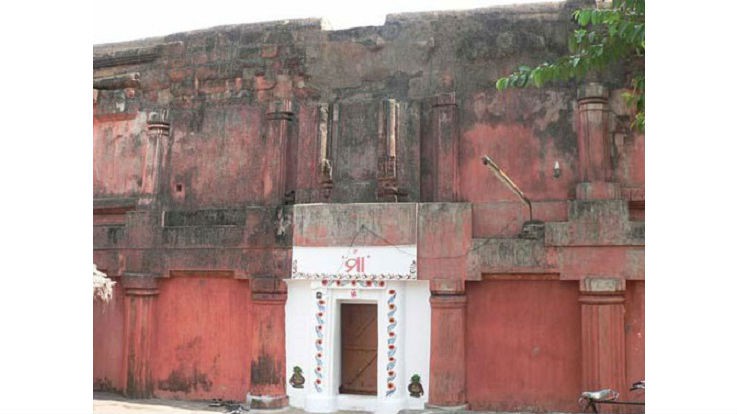 According to local legend narrated by the Mahanta, the monastery was established by Yajati Kesari, who built the Lingaraja Temple. The Matha was initially used as a shelter home for the artisans who were hired for the construction of Lingaraja Temple.

By Air: Bharati Mata temple is best accessed from the Biju Patnaik airport which is only about half an hour’s drive from the airport.

By Train: Bhubaneswar is the nearest railway station from the temple. Lingaraj Temp Road Station is another nearby station.

By Road: The temple is easily accessible from some of the major cities like Bhubaneswar, Cuttack, Konark, and Puri.