Shree Bhawani Waghjai Temple is consecrated to Goddesses Bhawani and Waghjai. The temple is nestled in Terav village of Chiplun Taluka in Ratnagiri district of Maharashtra. The original temple was built during 1860. Bhawani Waghjao temple is 123 ft tall, 76 ft wide on the southern side and 36 ft wide on the northern side. The temple houses the idols of Goddess Bhawani, Devi Waghjai, Kalkai Mata and Navdurga along with Lord Shiva. The Black stoned idol of presiding deity, Goddess Bhawani is 9 ft tall. She holds various weapons in her hands, along with the head of demon Mahishasura. This is the only temple in Maharashtra which houses the idols of all nine forms of Goddess Shakti, also known as Navadurga. The temple houses 7 gardens with a big semicircular garden on the eastern side and a large forest area with huge trees. 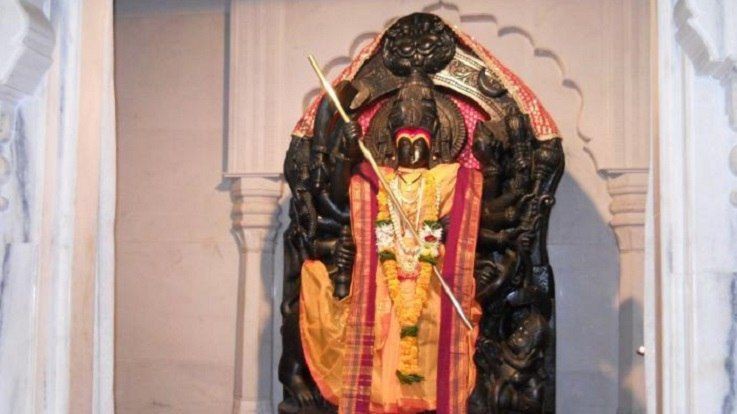 Shree Bhawani Waghjai temple was built around 350 years ago. The temple was reconstructed in the year 1839. The temple suffered extensive wear and tear over the years, hence the locals decided to build a new temple at the same place. There are four beautifully designed sections in the temple which house various deities. All the four sections are adorned with domes in South Indian styled architecture. One of the domes has a small idol of Shree Hanuman. The dome above the statue of Goddess Bhawani is nearly 55 ft tall. The temple has a huge balcony and a large Mandapam which can accommodate around 2000 people. The temple has two huge doors adorned with various beautiful statues on it. 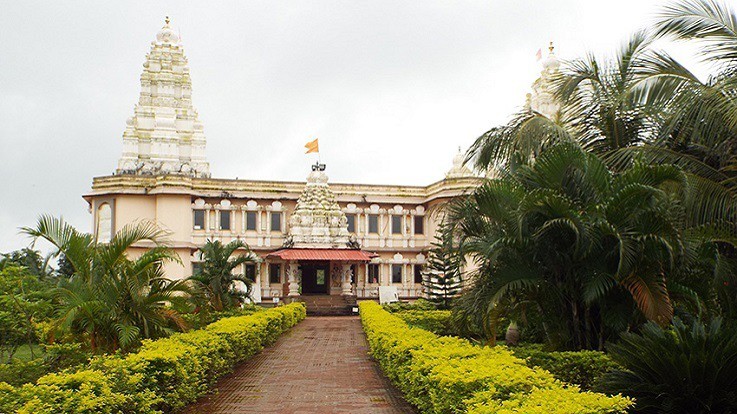 The festivals of Chaitra Navratri, Ashvin Navratri, Dussehra, and Diwali are celebrated with great devotion and pomp.

By Air: The nearest airport is Lohegaon airport, Pune which is 53 km away from the temple.

By Train: The nearest railway station is Chiplun.

By Road: Bhawani Waghjai Temple is located about 11 km from Chiplun. It is easily accessible from the Mumbai-Goa Highway. The state-run buses, as well as private buses, are available from the various towns of Konkan region to reach the temple. From Chiplun, hire an auto or a private taxi.