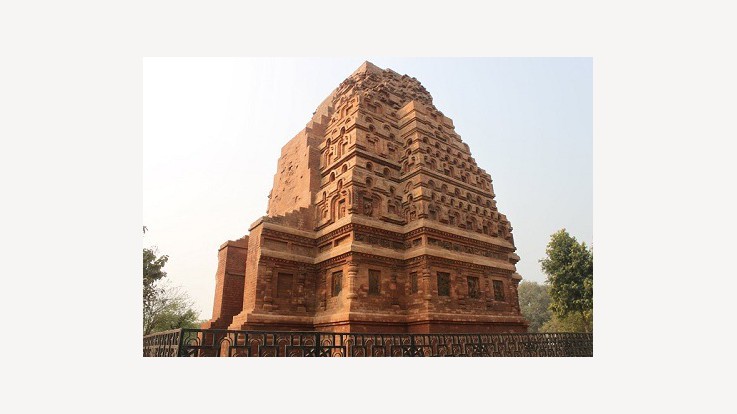 This temple history dates back to Gupta dynasty. This ancient temple was built by Gupta dynasty which still has a tall tower and a roof. The upper portion of the temple was damaged during the 18th century AD. According to various scriptures, the reconstruction was done during the 6th century.

The Bhitargaon Temple is a terraced brick building fronted with a terracotta panel. The east facing temple is built on a square base with double-recessed corners. The Garbha-griha has a tall pyramidal spire. The temple walls are adorned with terracotta panels which display images of aquatic monsters, Lord Shiva and Lord Vishnu.

The design and artwork of Bhitargaon temple are similar to that of at Ahichchhatra, Sarnath, Sravasti and Bhitari, all Gupta period sites. 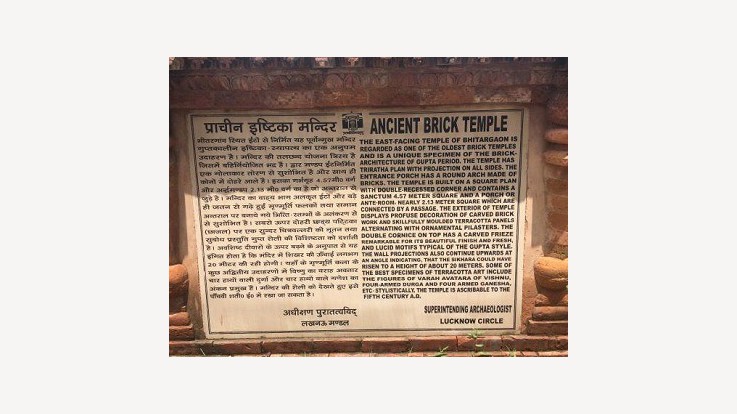 Temple ArchitectureThe architecture of this temple is a hood type and it is constructed by using bricks with a lot of terraces on exteriors. Terracotta has a special importance in the temple construction as this material was used in the side walls of the shrine except for entrance gate. The upper level of the temple is not viewable as it is badly damaged. The double layered terraces with pillars supporting the wall still exist which shows the architectural brilliance of Gupta period. The bricks used in the temple construction were of size 18” x 9” x 3”, a quite larger than that of today. The walls from each side are 8’ thicker. The temple stands 68.25 ft tall from ground level to Shikhar. This is a one-way closed shrine. The arch used in this temple was of vaulted type. The temple has a porch containing steps, Ardha-Mandapa, Antarala and Garbha-Griha. The porch with its flight of six steps topped with an arched roof. The shikhara of this temple is twice in height to that of the base.

By Air: The nearest airport is located at Kanpur which is 16 km away from the temple.

By Rail: Kanpur is the nearest railway station which is 11 km away from the temple.

By Road: The place is well-connected by roads to major cities and towns of Uttar Pradesh. From Kanpur city, the temple is located at 16 km. Buses and auto rickshaws are available to access the temple.