The tiny village of Bhood is popular or the temple of Lord Siddhanath or Lord Bhoodsidhhnatha who is believed to be an incarnation of Lord Shiva. Lord Siddhanath is worshipped as a patron or protective (Kshetrapal) god in several regions of Maharashtra. Lord Sidhhanatha temple is also known as Bhoodsidhhanath temple which is nestled in small village of Bhood in Sangli district of Maharashtra. As per the local belief Lord Bhoodsidhhanath is the native god of Bhood village who protects the devotees from all the worries and troubles. He is a patron god who protects the villages. The temple is visited by thousands of devotees around the year.

The temple is built according to traditional architecture. A flight of steps lead to the temple complex where the idol of the presiding deity is enshrined. Devotees prepare delicacies in the temple kitchen for Lord Sidhhnatha and also offer special puja to invoke Lord. The architecture of the temple is traditional yet simple. The temple has an immense importance and people from nearby villages, towns and cities throng the temple to seek the blessings of Lord Sidhhanath. The temple is less crowded on the normal days. The temple offers calmness and peace since it is located in a village which has a quite natural and serene atmosphere. 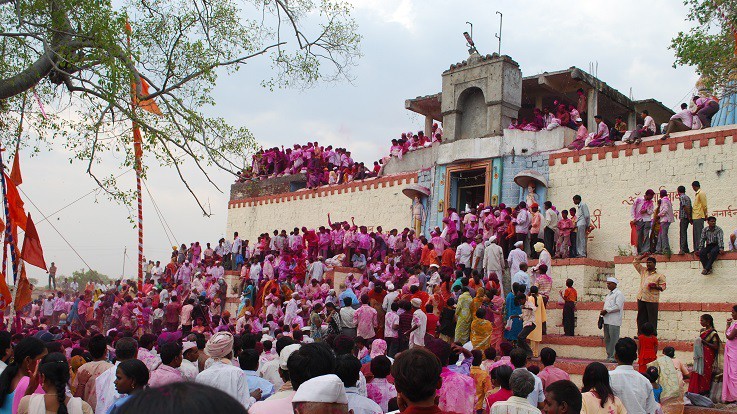 The annual festival of Lord Bhoodsidhhanatha is celebrated on the eighth day of Chaitra month. Chaitra Ashtami is three-day celebration of the Lord's wedding ceremony. Bullock cart race is the major attraction on the first day. Bulls and carts are decorated with ribbons and bells. On the second day, Sasankathi and Holy lamp are lit. Kusumba or Bhang is offered as bhog to the deity on the last day. The temple celebrates Chaitra Ashtami with devotion and fervor. The celebration involves religious, sports and cultural programs that attract visitors. Devotees participate in celebrations and carry out processions to mark the festivities. The temple is decorated with colorful flags and oil lamps. The festival of Dussehra and Diwali are also celebrated with fervor in the temple.

By Road: The place is well connected to major cities of Maharashtra. The temple is located around 18 km from Vita and 73 km from Sangli.