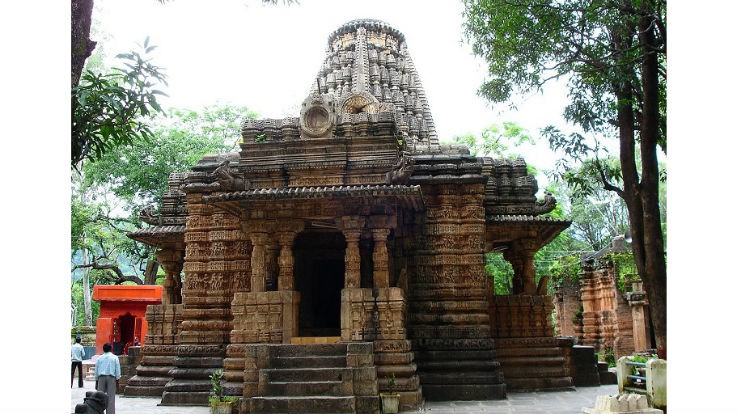 Located amidst the mountain ranges, Bhoramdeo temple was built during the 7th to 11th century AD by King Ramchandra of the Nag Dynasty. Bhoramdeo Temple is carved on the rocky stones in the Nagar style. Shiva Linga in the temple is wonderfully carved and the artistic appeal beckons the visitors. The Gond Tribals, who are the native of this area used to worship Lord Shiva whom they called Bhoramdeo. Hence, the temple was also named Bhoramdeo.

A sculpted idol of Nandi, the mount of Shiva, is installed in the temple complex. A colorful arch greets devotees. An esplanade leads to the temple complex. The temple history of Bhoramdeo temple dates back to 1100 AD, which is older than the Khajuraho Group of temples. The exterior walls depict profusion of carved images. The first level of the temple is a large platform which is 5 ft tall. The exterior of the platform has many images of Hindu deities carved on it.

The temple edifice has the conventional Hindu temple composition of a square mandapa or hall and a passage leading to the sanctum, the main enclosure of the temple where the presiding deity, Lord Shiva in the form of a Shiva Linga, is enshrined. All the three enclosures are linked by passageways. The temple faces towards the eastern direction, with an entrance. There are two more doors which open towards the south and the north. The three doors have open "half shelters". 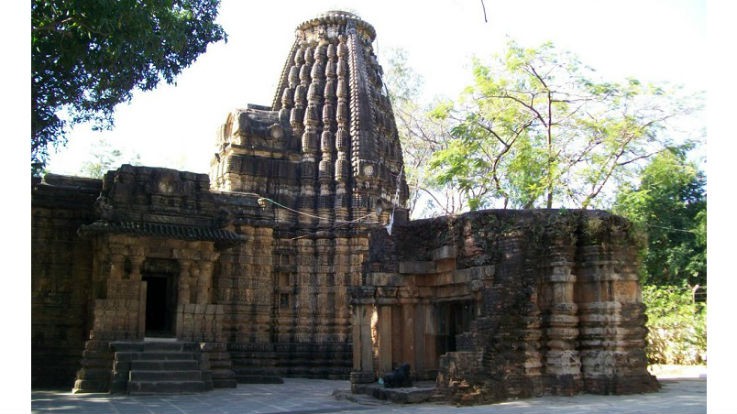 Apart from images of Shiva and Ganesha, at the entrance to the sanctum, there are very finely sculpted images of ten incarnations of Lord Vishnu. The towering roof of the sanctum is topped by circular Kalasha. The main tower is surrounded by many small towers. The front entrance door of the temple has sculpted images of river goddess Ganga and Yamuna on the doorpost. The entrance doors are adorned with 1-2 ft tall images of mythological figures. The southern side of the tower has a well-crafted image of six armed Lord Ganesha. Some of the other images include a stone slab having an image of Lord Vishnu and goddess Lakshmi mounted on Garuda, a gana, adorning the top pillars inside the sanctum sanctorum, a serpent with raised hood next to the Shiva Linga and also an image of Lord Ganesha.

By Train: The nearest railway stations are Damoh (43 km) and Raipur.

By Air: Bilaspur airport (113 km) and Raipur airport are the closest airports.

By Road: The temple is well-connected by road with all the major cities of Chhattisgarh. Buses and private vehicles are easily available from Kawardha (18 km). Regular Buses ply from Raipur (116 km), Rajnandgaon (133 km) and Jabalpur (220 km) to Kawardha.