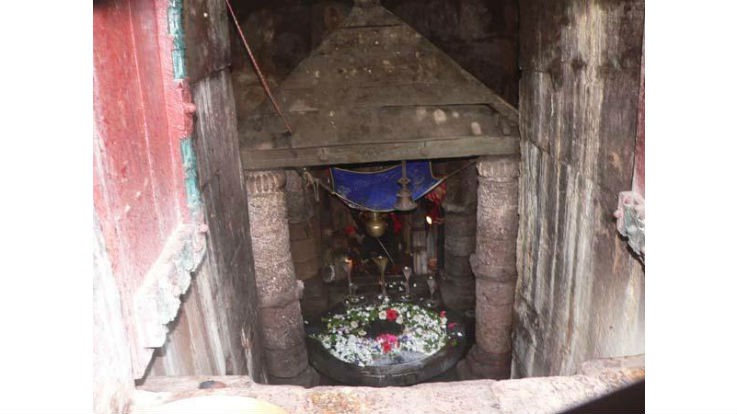 The main temple belongs to the 15th century. The temple represents the Kalinga style of architecture. The present temple was built during the Gajapati kingdom. A four-armed black idol of Lord Brahma is seen holding Veda and water vessel in his upper arm. One of the lower arms holds a rosary whereas another lower arm is seen in Abhay Mudra. The significance of Abhaya mudra is linked to protection, peace, and kindness and ousting of distress. 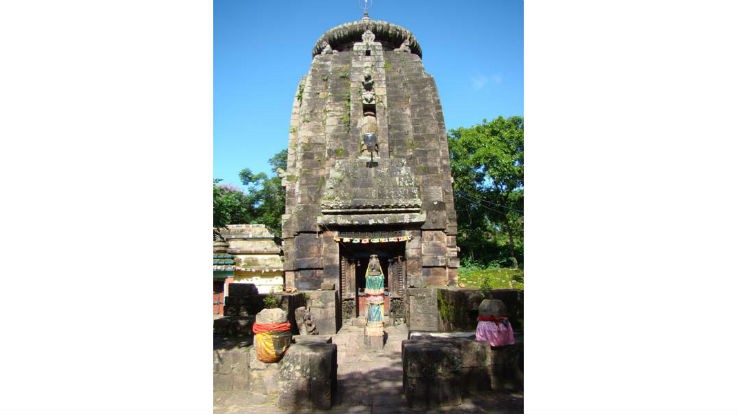 The temple has been built on a raised podium. The temple has a square Vimana and has a verandah at its entrance. The square shaped altar is located on the Vimana which is consists of Pancha-Ratha. The verticals on the door have been somewhat refurbished. It has three vertical bands. A Chandrasila between the door-frame is seen decorated with beautiful conchs on the either sides. The sculptures of two Dvarapala are placed at the base of the doorframe on the either sides. The niches are adorned with the images of Saivite Dvarapalas holding tridents. River Goddesses – Ganga is seen standing in tribhangi posture on her Makara mount under a parasol held by a female figure in the right niche and Yamuna in the similar posture is seen standing on her tortoise mount in the left niche. The architrave above the doorjamb is carved with the Navagrahas seated in Padmasana. 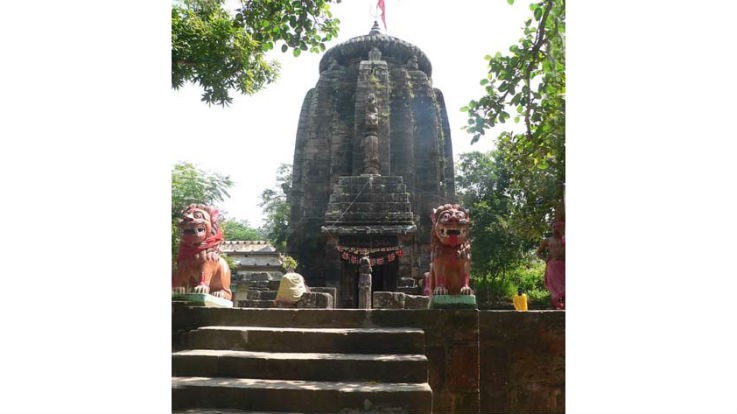 The festivals celebrated in the temple are Maha Shivratri, Kartik-Purnima, Raja Sankranti, Jalasaya ceremony, and Diwali. Few of the social ceremonies are also performed in the temple including thread ceremony, mundane, marriage ceremony.

By Train: The nearest railway station is the Bhubaneswar which is very well connected to other states and cities in India.

By Air: The closest airport is Biju Patnaik airport in Bhubaneswar that is located 5 km from the main city.

By Road: Bhubaneswar is well-connected by road with all the major cities in the country. Buses and private vehicles ply regularly to and from Bhubaneswar bus depot.