About the TempleDedicated to Lord Shiva, Bragatheeswarar temple is located in Thanjavur district of Tamil Nadu. It is fondly known as Periya Kovil, RajaRajeswara Temple, Rajarajeswaram, Big Temple or Brihadeeswarar temple. Deities such as Dakshinamurthy, Surya, Chandra are placed in the corners of the outer wall and are of huge size. It is one of the rare temples which has idols for Indra, Agni, Yama, Nirṛt, Varuṇa, Vāyu, Kubera, Īśāna which is also known as "Ashta-dikpaalakas" (Guardians of the directions). These idols are represented by a life-sized sculpture, approximately 6 feet tall, enshrined in a separate temple located in the respective direction. 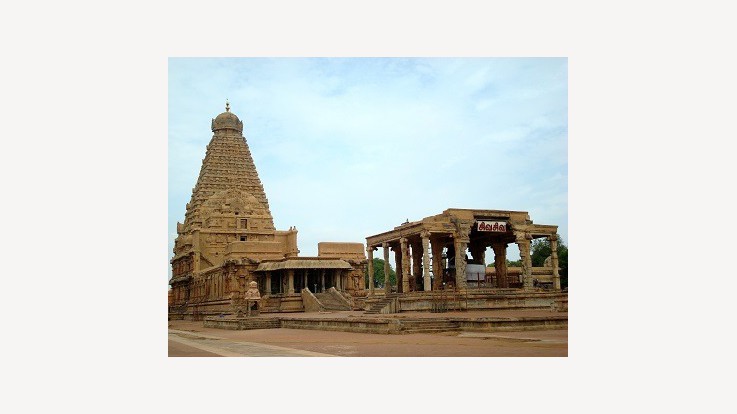 The temple is built in such a unique way that shadow of the temple never falls on the ground at noon. It is one of the tallest temples which is completely constructed out of granite. At the entrance of sanctum, the two idols of Ganesha are installed in the corridor. The main hall of the temple is believed to have been used by the dancers and musicians to perform in the service of Lord Shiva. There are some musical pillars producing different sounds when tapped. 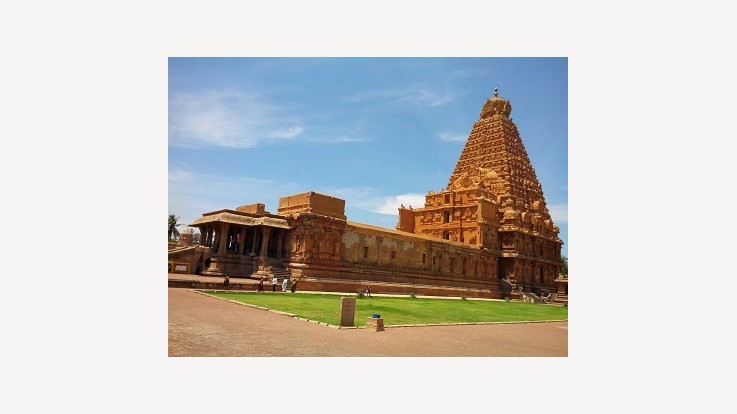 Bragatheeswarar temple was built in 1010 AD by Raja Raja Chola. It is popularly known as “Big Temple”. The exterior of the temple is decorated with beautiful paintings and sculptures. A huge idol of Lord Shiva has been installed inside the temple. The temple has a single large dome weighing about 81 tons. The Vimana is 216ft high. The Kumbam of the temple is carved out of a single stone. A 16 feet long and 13 feet high statue of Nandi carved with octagonal dome can be seen at the entrance. The Nandi is known as Chandeshvara. The entire temple complex has 250 Lingams. The temple is part of the UNESCO World Heritage site “Great Living Chola Temples” 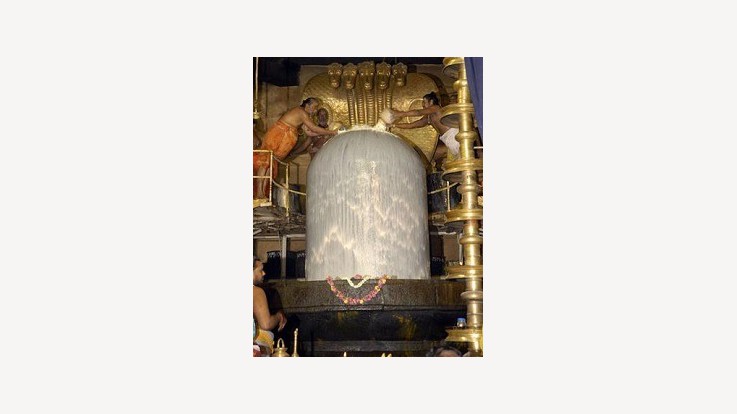 HistoryThe temple demonstrates the immensely poular Dravidian style of architecture. The frescoes on the ceilings of the temple are simply wonderful, ornamenting the interior as well as exterior portions of the temple with its beauty.

This temple was built to celebrate the victory of Rajendra chola over Ganga. In 1022 Rajendra chola triumphed over the eastern coast of India and also river Ganga . He was named ’Gangaikonda Cholan’ in honor of his victory. Main purpose of building this temple was to grace the Chola Empire with compliance of one message Rajaraja Chola receive in his dream. Later, he built a royal temple for Lord Shiva. 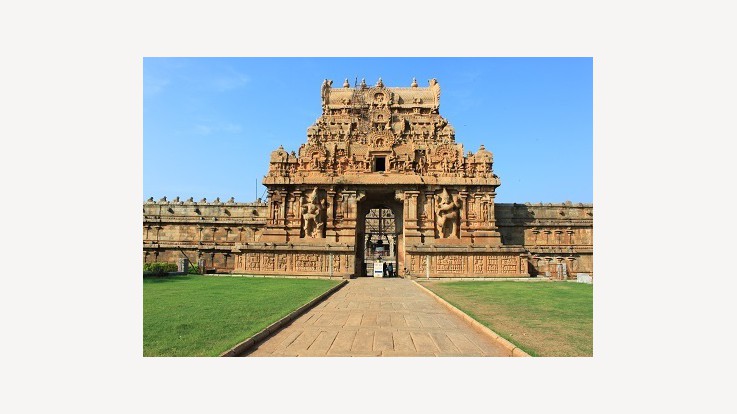 Festivals and CelebrationsThe day of the Ruling star, Satabhishag is celebrated as a festival every month. It symbolizes the ruling star at the time of birth of Rajaraja.

The temple is also the venue for the annual festival which is celebrated for the nine days in the month of Visaka according to the Hindu calendar. The deity is bathed with the water soaked with the fragrant Champaka flower. 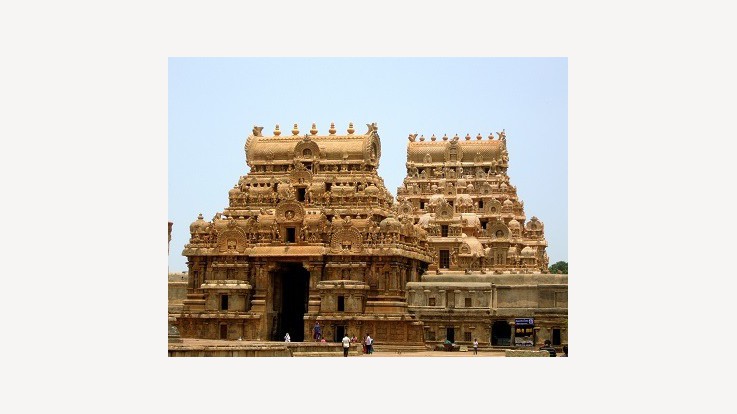 By Road: Frequent bus services from nearby cities to Thanjavur are available. Tamil Nadu State Government bus or a private bus services are also available. The Bragatheeswarar temple can be reach by autos and buses which is 5km away from Thanjavur Bus Stand.

By Train: The The nearest railway station is at Thanjavur Junction which is 2 km away from Bragatheeswarar temple.

By Air: The nearest airport to reach Bragatheeswarar temple is Thanjavur Airport which is 9 km away. From here buses and taxis are available to reach the temple.