The famous temple of Chandrabadani Devi is located in the Tehri Garhwal district of Uttarakhand. The temple is located on the top of the Chandrabadani mountain that lies on the border of Devprayag and Pratapnagar. Chandrabadni is about 22 km from Devprayag and 109 km from Narendra Nagar. It is located 2,277 meters above sea level. Devotees need to climb the one km ascending trek to reach the temple. This temple is consecrated to Goddess Shakti. The devotees are supposed to climb to the top of the mountain to offer prayers. The divine temple is one of the sacred places in Uttarakhand which is visited by thousands of people during Ganga Dussehra. The place has a religious importance since the rivers Bhagirathi and Alaknanda unites at Devprayag to form river Ganga. From here, the river Ganga comes into its original and hence lakhs of devotees visit this place. The temple has a Shri-Yantra engraved on the flat stone for worshipping. Unlike other Devi temples in Uttarakhand, the deity is worshipped here in the form of Shri Yantra engraved on a flat stone surface instead of any idols. Outside the temples, a number of tridents made of different metals are found scattered around. 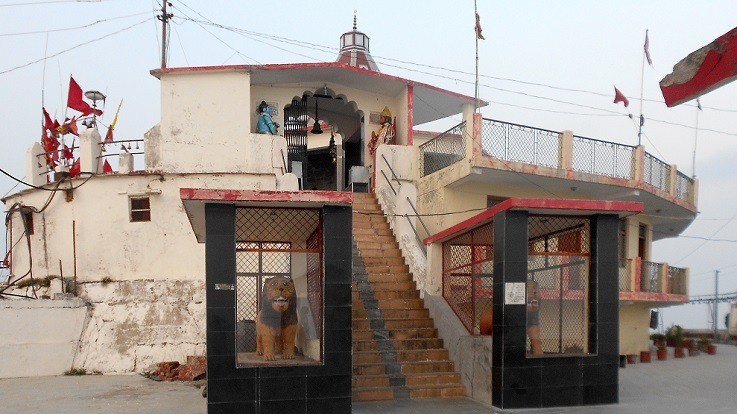 As per the legend, when king Daksh insulted Lord Shiva by not inviting him for a yagna, Devi Sati jumped into the fire of yagna as she couldn’t tolerate the insult. After her death, Lord Shiva did tandav with Sati’s body. During this, her upper body and weapons fell at this place. The torso of Sati was dropped here and her weapons got scattered around this place. Even today a large number of various iron trishuls or tridents and some old statues can be seen lying around the sacred Chandrabadani temple. An impressive view of Kedarnath and Badrinath can be enjoyed from the temple. During annual puja, as per the tradition, a cloth canopy is tied to the ceiling over the Shri-yantra and the Brahman priest does it blindfolded. 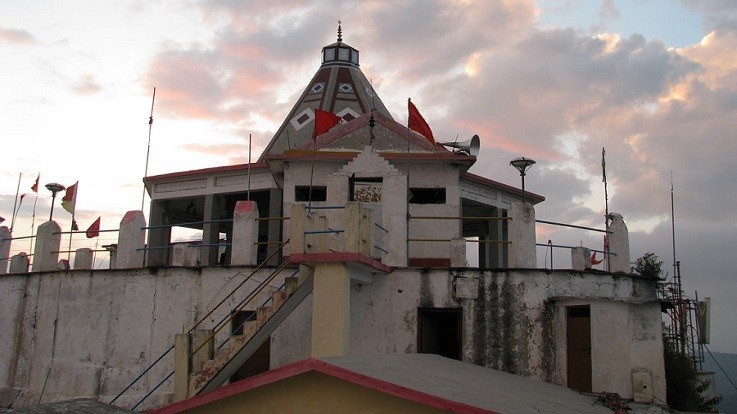 A special annual puja is performed for Shri yantra by the priest of the temple. During this puja, the priest is blindfolded.

The festival of Chaitra Navratri, Ashwin Navratri, Dussehra and Deepavali is celebrated with great devotion.

By Air: The nearest airport is Jolly Grant (120 km) which is located at Dehradun.

By Rail: The nearest railhead is Rishikesh and Dehradun.

By Road: The temple can be accessed through Devprayag which is about 32 km. It is well connected by road with all the major towns of Uttarakhand.