The oldest and the most sacred Temple of Chengannur Mahadev is nestled in the heart of the Chengannur town of Alappuza district in Kerala. The temple is famous for Devi worship. It has a sprawling complex with a sanctum. Lord Shiva and Parvathi are the main deities of this temple. The idols are installed in the same sanctorum with Lord Shiva facing the east and Devi Parvathy facing the west. The temple is built in Kerala style architecture in accordance with a design evolved by Uliyannor Perumthachan, the master architect. It has two main shrines which are conical and copper plated. The temple has a two leveled gateway with partial wooden trails. A rectangular wall around the temple encloses all the shrines of the temple. The central shrine called Sreekovil is built on an elevated platform with a single door which has the image of the presiding deity. The roof of the temple and some of the pillars have lavish wood and staccato carvings depicting various stories of ancient epics, the Ramayana and the Mahabharatha. 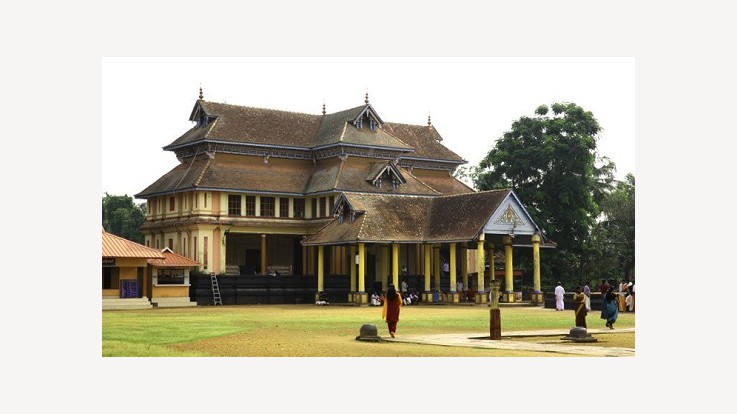 The main legends associated to the Chengannur Mahadevtemple are that of self-immolation of Sathi Devi, marriage of Shiva-Parvathy, the penance of Kannaki after killing King of Madurai and Yudhishtira, the eldest of the Pandavas.

According to the first legend, after Sati Devi immolated herself on being insulted by her father, King Daksha, an enraged Lord Siva destroyed the kingdom and started his destructive Thandava carrying Devi's body. To calm him down, Lord Vishnu cut the body of Goddess into small pieces with his Chakra. It is believed that Chengannur is where Devi’s waist fell.

Another legend says that after their marriage, Lord Siva and Parvathy visited Sage Agasthya at Shonadri. There, Devi went to periods and the place where she waited out her menstruation came to be called Chen (red) Kunnu (hill) Ooru (place) or Chengannur.

The third legend says that Kannaki meditated here after killing King of Madurai in retaliation of him ordering her husband Kovilan to death sentence.

As per the legend related to Mahabharatha, this is where Yudhishtira offered prayers to Lord Vishnu to expiate for telling the lie that killed guru Dronacharya during the Mahabharatha Battle. 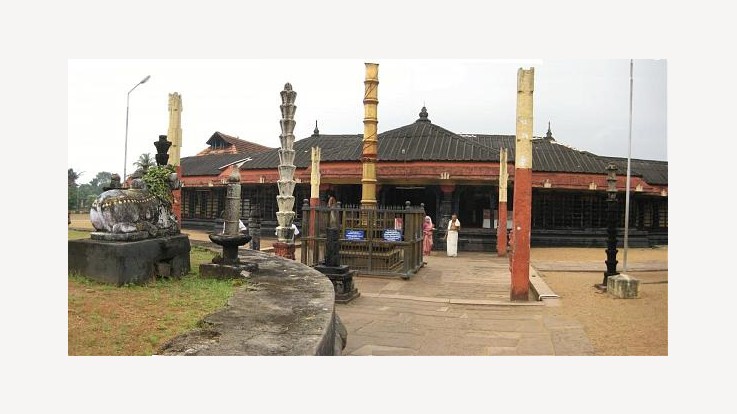 The temple has got three daily poojas or Sreebalis for Shiva and Parvathy. At Chengannur Mahadeva Temple the annual festival is celebrated for 28 days at a stretch. It begins on the Thiruvathira of Dhanu and ends on Thiruvathira of Makaram. The flag hoisting is held on the Thiruvathira Star Day in the Malayalam month 'Dhanu' and Arattu Ceremony is held next month on 'Thiruvathira Star Day in the month of 'Makaram'. The annual festival attracts a large number of people from all over the country.

Shivarathri is another important festival. A large crowd of devotees assemble here to celebrate this occasion.

Ghee Abhishekam is another holy event which is conducted on the first day of the Malayalam month Thulam. In this holy process, ghee which is collected from devotees is showered on the Shivalingam.

Other festivals such as Chithra Pournami, Navarathri and Mandala Makara Vilakku are also celebrated with great festivities.

Special Rituals:This is one of the rarest temples which celebrate a menstruation festival for Devi Parvathy that is observed periodically in the temple. The festival is called Thripputhu Arattu, during which the temple is closed for three days marking the menstruation period of the goddess. The festival is considered as a symbol of fertility. On the fourth day of the festival, Devi’s idol is taken to the river for ‘Aarattu’. Later the idol is taken back to the temple on an elephant.

By Bus: The temple is 2 km away from the Chengannur KSTRC bus stand.

By Train: The nearby railway stations are Chengannur, which is about 2 km, Thiruvalla about 10 km and Changanassery, about 18 km.

By Flight: The nearest airport is Trivandrum International Airport, about 119 km.