Chintamanisvar Siva Temple is devoted to Lord Shiva. The temple is situated at the end of the Chintamanisvar lane which is a part of Cuttack - Puri road near the Old Station Bazar in Bhubaneswar town of Odisha. The temple faces towards the west and the presiding deity of this temple is a Shiva Lingam with a circular Yoni Pitha. 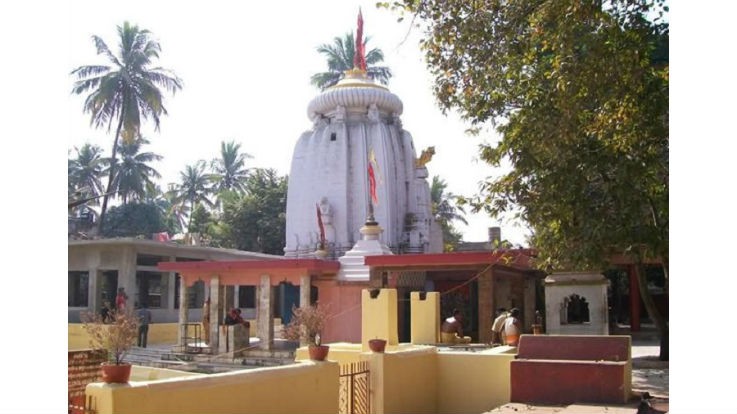 The temple history dates back to the 14th century A.D. As per the local legend Chintamanisvara temple was built by the Kesharis, also known as Somavamsis. The temple has a square sanctum and Vimana that belongs to Rekha style architecture. The temple is decked from top to bottom. Every part of the temple has a distinctive name that bears resemblance to the limbs of a human body. From bottom to the top the temple is divided into a Bada, Gandi and Mastaka. The eastern niche has a four armed idol of Lord Kartikeya. His left arm is in Varada-Mudra while right hand has a mace. A cock is seen in his uplifted back left hand and his right hand is held over the head of his mount, Peacock. The southern niche houses an image of four armed Lord Ganesha in the right side of the door frame who is holding a Parasu and rosary in his lower left and right arms, Modaka-Patra in the upper left arm and a broken tusk in the lower left arm. The northern niche houses an image of Goddess Parvati. The base of the door frame is decked with two Khakhara Mundis on the either side. The temple is enclosed by a well built and strong compound wall. A temple tank is located within the temple complex. It is known as Chintamanisvara tank. According to the natives, this tank was dug by the Kesharis. The tank is 3 m deep and rectangular in shape which is made of laterite. The tank water comes from an underground natural spring. As a result of which water level is always constant around the year. There is an outlet through the eastern wall which helps to discharge the excess water. 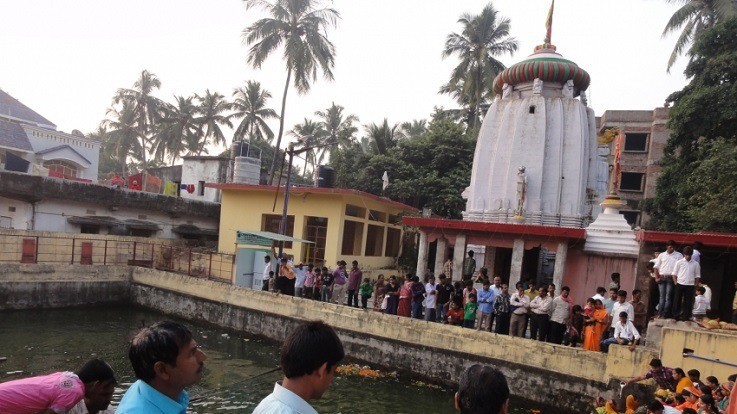 By Air: Biju Patnaik airport is the closest airport to the temple.

By Train: The nearby railway station is Bhubaneswar.

By Road: The temple is situated on Cuttack-Puri road, near an old station bazaar. Buses and taxis are available from Bhubaneswar Bus depot to access the temple.