About the TempleDah Parvatiya is a small village near Tezpur in Assam. A few km away from the village is the ruins of the one of the oldest and the finest example of sculptural art, Dah Parvatiya Temple. The carvings and imprints on the temple door-frame represent the early Gupta era. The village houses significant architectural remnants of an ancient temple which belongs to the 6th century that is overlying the remains of a Shiva temple which belong to the Ahom period. An excavation was carried out in 1924 which revealed a stone door-frame with heavy carvings that belonged to the 6th century. The ruins of the temple that was constructed during the Ahom period lies over the ancient Shiva temple's foundation in the form of a stone paved layout of the sanctum and a mandapa. The entire complex comes under the jurisdiction of the Archaeological Survey of India. 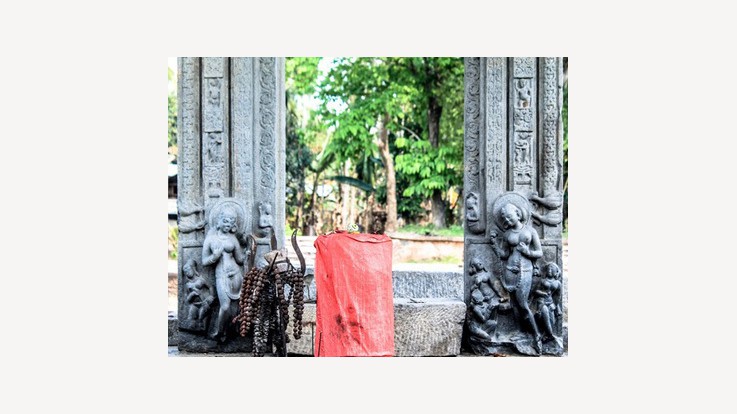 The remains found at the Dah Parvatiya are from a temple complex built during the 5th or 6th century. The temple was constructed prior to the Bhaskaravarman period. The mouldings of the torso and it's architectural style state that the terracotta plaques are definitely not later than the 6th century. The date of the temple construction was determined by the images of the river Goddesses Ganga and Goddess Yamuna, which are similar to the Greek architecture. The decorative elements have close similarity with that of the Odisha temples. 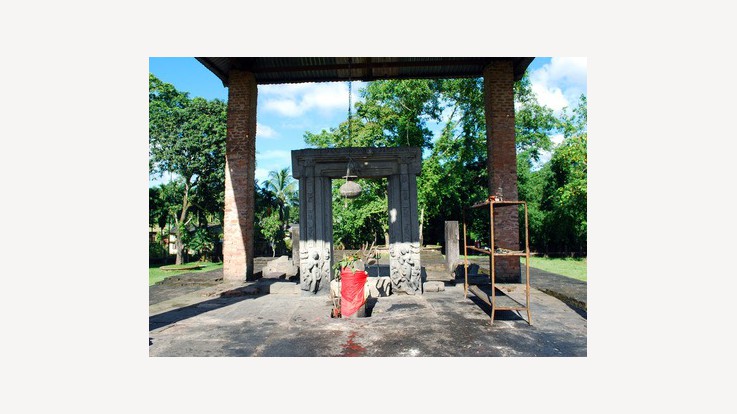 The door-frames of Dah Parvatiya temple are adorned with the images of river Goddesses Ganga and the Yamuna, standing with garlands in their hands. The entire door frame is adorned with beautiful and delicate leafage. The excavated temple foundation of the Gupta period revealed the base of the sanctum sanctorum which is enclosed by a circumambulate passage leading to a rectangular shaped collonaded hall. It is also known as an outdoor pavilion. A mukha mandapa or front hall lies towards the east of the mandapa. In the open space of the garbha griha there is a “Kunda” or Vedi made out of stone

Rituals such as Archana, Abhishek and Arati are conducted daily in the temple. The festivals or Maha Shivratri, Kartaki Purnima and Diwali are celebrated in a grand manner in this temple.

By Road: Dah Parvatiya can be reached by hiring a taxi or cab. Bus & auto services are easily available to access the temple by road.

By Train: The place is well connected through nearest Tezpur rail head.

By Air: Tezpur Airport is the closest airport to Dah Parvatiya.