Devoted to Lord Shiva, Daksheswara Mahadev or Daksha Mahadev temple is situated in the town of Kankhal which is about 4 km from Haridwar in Uttarakhand. The temple is named after King Daksha Prajapati, the father of Sati. The Daksha Temple holds more significance as it is one of the five sacred sites in Haridwar. Devotees worship Lord Shiva in phallic form. The current temple was built by Queen Dhankaur in 1810. The temple was rebuilt in 1962. The Daksha Mahadev temple is not that much old but the yajna shala, the place where yajnas are conducted is very old and it has been confirmed as the place in which the Sati sacrificed herself for the sake of her husband who had been insulted by her father. Yagna Kund is also known as Sati Kund. 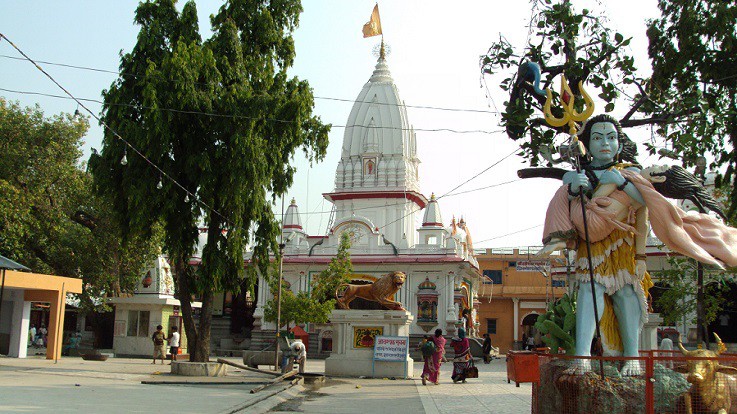 The story about the procreation of the temple is narrated in the Shiv Purana. Jagdamba or Shakti took birth as Sati. She was born as a daughter of King Daksh Prajapati of Kankhal kingdom. Sati performed penance to please Lord Shiva as she wanted to marry him. Lord Shiva married her. Later on, strains developed between King Daksh and his son-in-law Lord Shiva. Once, King Daksh organized a huge yajna at Kankhal and invited all the gods and sages except his son-in-law. When Sati came to know about this, she became so angry that she immolated herself in the flames of the yajna. Infuriated Lord Shiva sent Veerbhadra, one of his warriors to Kanakhal. Verbhadra beheaded King Daksh. In order to complete the yajna that had been disrupted, Lord Shiva restored King Daksh by putting the head of a male goat on his corpse. Then Lord Shiva declared that every year during the month of Shravan, Kankhal would be his abode. The Daksha Temple commemorates the whole incident.

Daksheswara temple came up at Kankhal where this event unfolded. The temple was renovated in 1963 by the Mahanirvan Akharas Kankhal. The main Daksheshwar Temple stands on the bank the river Ganga at the foothills of the Shivalik Ranges. The temple has a Yajna Kund and a Shiv Linga. The entire story of the yajna and the following episodes can be seen on the walls of the temple. 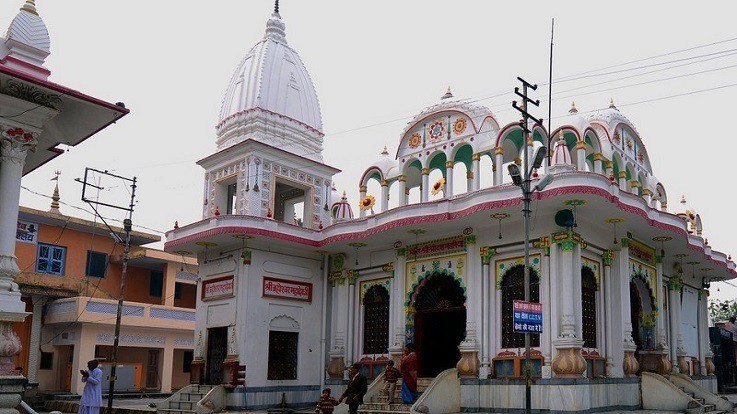 On Maha Shivratri, sacred ceremonies are performed at the temple, as the auspicious day is said to be the marriage day of Lord Shiva and Goddess Shakti. The festivals of Navratri and Deepavali are also celebrated joyously in this temple.

By Air: The nearest airport is Jolly Grant (30 km) which is located at Dehradun.

By Rail: Rishikesh and Haridwar are the nearest railheads.

By Road: The temple is 5 km away from Haridwar, 35 km from Rishikesh, and 55 km from Dehradun. The temple can be accessed by the local rickshaw.