Locates at the Vadodara city of Gujarat, EME temple is consecrated to Lord Shiva. The temple is popularly known as Dakshinamurti Temple. It was established in 1966 by the Electrical and Mechanical Engineering (EME) Contingent. It is an excellent example of modern structure and architecture. The temple is managed by Indian Army Authorities. The unique feature of the temple is that it incorporates holy symbols of five prime religions of India at one place. The dome symbolizes Islam, a Kalash on the top of the dome represents Hinduism, the tower stands for Christianity, the golden structure above the tower symbolizes Buddhism and the entrance represents Jainism. The entire edifice is solely constructed out of aluminum alloy and steel. In this respect, it is regarded as the only structure of its kind in India. 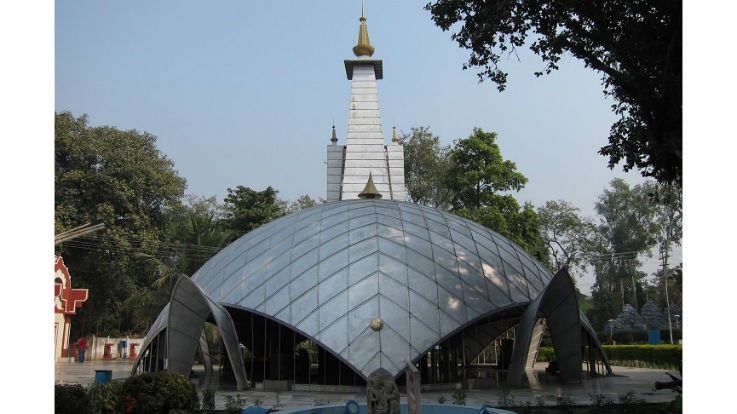 Constructed by the Electrical and Mechanical Engineering (EME) contingent, Dakshinamurty temple worships Lord Dakshinamurty which is another name for Lord Shiva as a supreme teacher. This unique and modern-looking temple is situated amidst five banyan trees, known as Panchavati. The temple complex features a brilliant collection of 106 ancient statues from the 6th to the 16th centuries. These statues are obtained from the excavations which were undertaken in nearby areas. The idols are installed on both the sides of the entrance pathway, which are brightens up at night in illumination. The EME temple has an idol of Lord Dakshinamurty which faces towards the south and is said to impart his teachings to the world. The entire place is enclosed by acres of lush green, peaceful environment which offers a truly holistic experience. 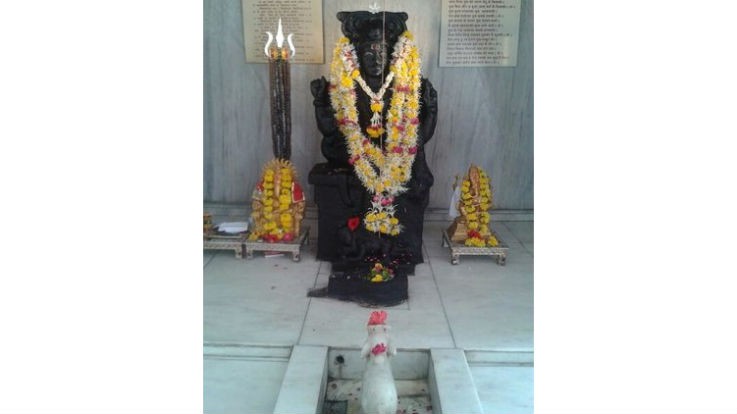 By Train: Vadodara Railway Station is the closest rail head.

By Road: The state transport buses, private luxury coaches, and private vehicles are easily available to reach the temple.

By Air: The closest airport to the temple is Vadodara airport.