Danteshwari Temple is devoted to Goddess Danteshwari. The temple is among one of the 52 Shakti Peethas, shrines of Shakti, spread across India. The temple stands in Dantewada, a town of Chhattisgarh. The town of Dantewada is named after the Danteshwari Maai who is the presiding deity of the Kakatiya rulers. Traditionally she is the family goddess of Bastar state. Six-hundred-year-old Danteshwari temple is considered as one of the ancient heritage sites. The temple stands at the place where the Daanth or Tooth of Sati fell. The vast temple complex today is a revered structure to centuries of history and tradition. Due to its beautiful architectural, sculptural enrichment and lustrous festival traditions, Danteshwari temple is the most important spiritual center for the locals of this region. 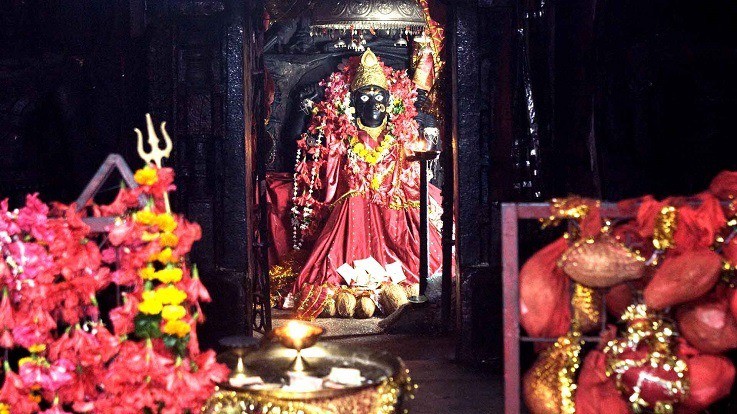 The Danteshwari temple was built by the Chalukya kings in the 14th Century. The temple design resembles the South Indian style architecture. The idol of Danteshwari is chiseled out of black stone which is brought from Bursar. The temple is mainly comprised of four portions which include Garbh Griha, Maha Mandap, Mukhya Mandap and Sabha Mandap. A Garuda Pillar stands in front of the temple entrance. The temple has a spacious courtyard and is surrounded by huge walls. The temple tower is adorned with sculptural finery.

According to the ancient legend, Goddess Sati immolated herself in the fire pit of Havan Kund, as she couldn’t tolerate the insult of her consort Lord Shiva committed by her father Daksha. Angered by the death of Sati, Lord Shiva destroyed the Havan and performed destructive Tandav dance carrying the body of Sati in his hands. To pacify him, Lord Vishnu chopped the corpse of Goddess Sati with his Sudarshan Chakra. The various body parts of the corpse of Goddess Sati were dropped over the fifty-two various places, which were consecrated as Shakti Peethas. It is believed that Sati's tooth was dropped at this place and Danteshwari Shakti Peetha was established. Goddess Danteshwari was previously known as Goddess Manikeshwari by the Nagas who ruled from 760 to 1324 A.D. The temple was re-created before 1947. 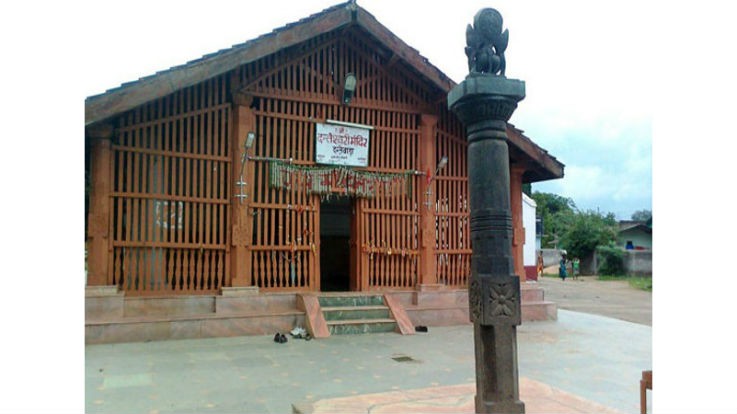 The festival of Dussehra is celebrated with great pomp and devotion. During this festival, devotees gather in this temple to pay their homage to Maa Danteshwari. At the time of Dussehra, the idol of goddess Danteshwari is taken out of the temple in a grand procession. Another important event is the tradition of lighting Jyoti Kalashas during Navaratris is also performed.

By Air: Jagdalpur airport is 74 km away from Maa Danteshwari Temple.

By Train: Dantewada railway station is 4 km away from Maa Danteshwari Temple.

By Road: Buses, private vehicles and cabs are available to reach Dantewada from the neighboring towns and cities.