Dhari Devi temple stands on the bank of Alaknanda River in the Garhwal Region of Rudraprayag district of Uttarakhand. The temple houses the upper half of an idol of the goddess Dhari Devi. The idol's lower half is located in Kalimath where she is worshipped in Kali avatar. According to the locals, the appearance of goddess changes with time, from a girl to a woman and then to an old lady.

As per Hindu scriptures, this shrine is one of 108 shakti sthals in India. Goddess Dhari Devi is the protector divinity of Uttarakhand. It is believed that Lord Shiva performed the tandav at this place. Dhari Devi is also known as Maa Kali who is the presiding goddess of the temple. 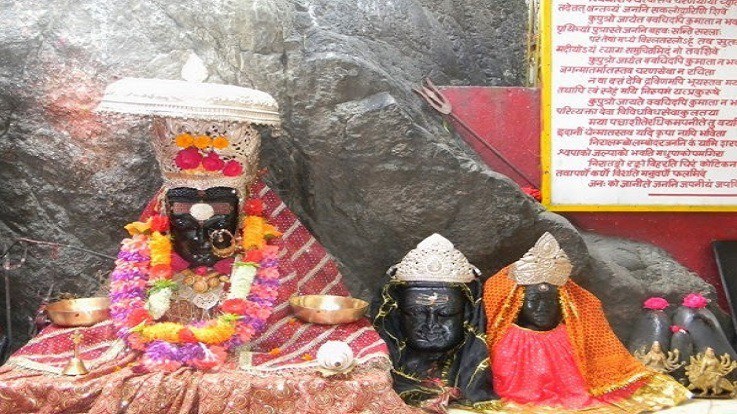 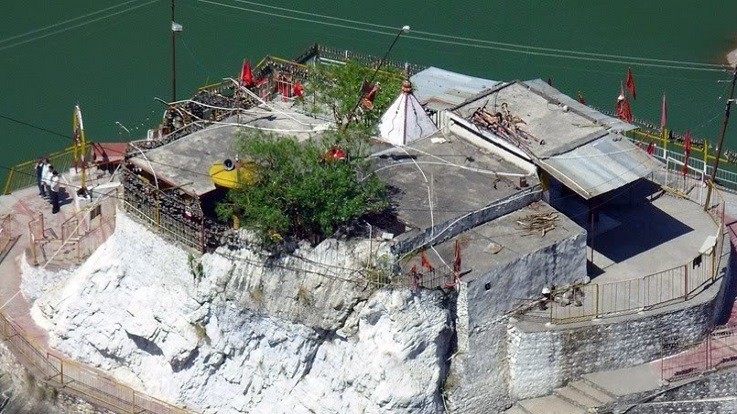 As per the mythology, after Sati immolated herself in disapproval of Lord Shiva’s insult by her father, King Daksha Prajapati, she took rebirth as the daughter of the Himalayas. She did penance with thorough devotion for becoming the Lord Shiva’s wife after rebirth.

It is also believed that the massive flood witnessed in 2013 was the anger of Dhari Devi because the idol of the goddess was moved from its Mool Sthanam for the purpose of a hydel power project. Kedarnath valley was hit by a cloudburst hours later after the idol was moved from its original place. It resulted in massive rainfall and washing away the entire village and killing hundreds of devotees and tourists. In 1882, a similar attempt was made by a local king that had resulted in a landslide which had flattened Kedarnath. 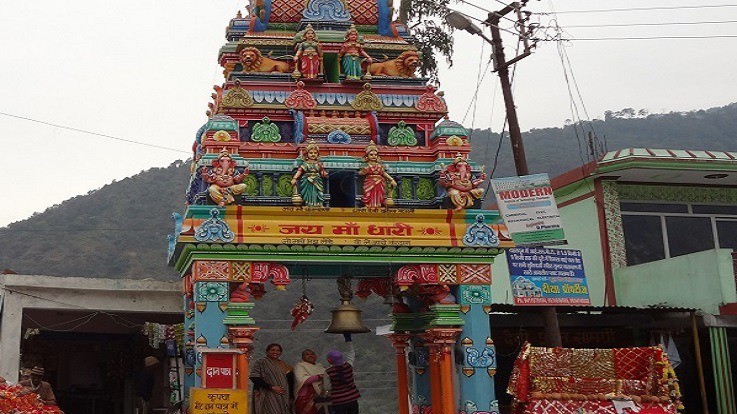 Chaitra Navratri and Ashwin Navratra are observed and celebrated in this temple. The festivals of Dussehra, Deepavali and Kartik Purnima are celebrated with great devotion.

By Air: The nearest airport is Jolly Grant (136 km) which is located at Dehradun.

By Rail: Rishikesh (124 km) is the nearest rail head. Cabs and buses are available to reach the temple.

By Road: The temple has a well-connected road network. It is 124 km from Rishikesh, 19 km from Rudraprayag & 165 km from Dehradun.