About The Temple:Sapta Badri is a cluster of seven sacred Hindu temples, devoted to Lord Vishnu, located in Garhwal Himalayas in the state of Uttarakhand. The Badrinath temple is the primary temple among the seven Sapt Badri shrines, followed by six other Badri shrines, namely, Adi Badri, Vridha Badri, Dhyan Badri, Ardha Badri, Bhavishya Badri and Yogadhayan Badri. All these temples fall in the Badri-kshetra. 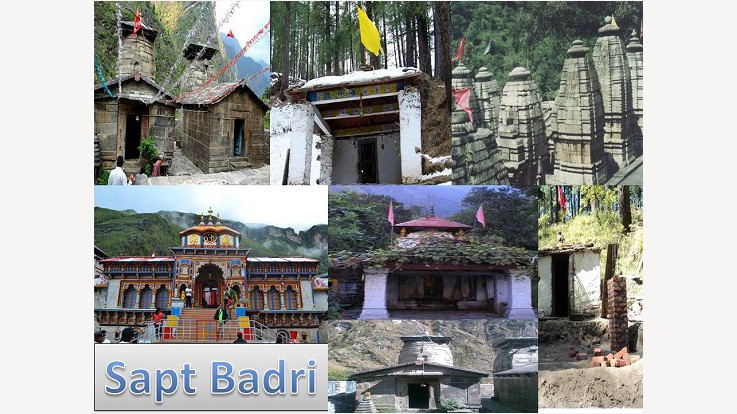 Dhyan Badri temple is located in the Urgam valley, near Kalpeshwar on the banks of Alaknanda river. Dhyan Badri is one of the Sapt Badri temples in Uttrakhand. The temple idol of Lord Vishnu is four armed, in a meditative posture which is made out of black stone. 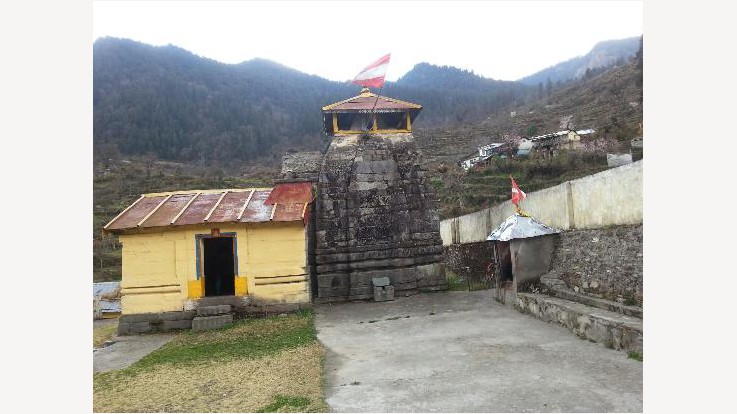 Temple History:Dhyan Badri temple was built in the 12th century under the guidance of Adi Jagat Guru Shankaracharya, who is also a founder of Char Dham temples in the different parts of India. The temple is decorated with fine artwork and stone carvings. The temple looks almost similar to that of Sri Badrinath temple. The temple is consecrated to Lord Vishnu. During the ancient times, devotees would offer the prayers to Lord Vishnu at Dhyan Badri when the temple of Sri Badrinath would become inaccessible in winter. Dhyan Badri temple is surrounded by four temples in four directions. It is surrounded by Kashi Viswanath temple in the west, Kuber Dhara in the east, Ghantakarna temple in the north and Chandika shrine in the south. Demri family looks after the Dhyan Badri temple, who are also the chief priests of Laxmi temple in Sri Badrinath shrine.

The legend of Dhyan Badri is associated with Urvarishi, son of King Puranjaya of the Pandavas lineage. He meditated in the Urgam region and built the temple for Lord Vishnu. The four armed idol of Lord Vishnu is in a meditative posture which is made out of black stone. He is holding Chakra and Shankha in his hand. The temple also houses images of Nara Narayan, Kuber and Garuda.

Another striking feature of Dhyan Badri temple is that the walls of inner sanctum are adorned with stone human faced masks of Pandavas which are used in Mukhota dance during the fairs. Several Shaligram stones can also be seen near the main idol of Lord Vishnu.

There is also a temple devoted to Lord Shiva which was built by Adi Shankara. Kalpeshwar Shiva temple is one of the Panch Kedar sacred temples of Shiva.

By Air: The nearest airport is Jolly Grant which is located at Dehradun

By Rail: The nearest railhead is Rishikesh which is 255 km away from the temple.

By Road: Dhyan Badari can be reached by bus or taxi from Helang which is 243 km on the Rishikesh-Badarinath road. From Helang, the 12 km trek leads to the Dhyan Badri temple.