Dimapur Jain Temple is situated on Jain temple road, adjacent to Mahavir Bhavan. Dimapur is the business center of Nagaland and most of the Jain families are settled in Dimapur. This Jain temple was established in the year 1947. Architecturally, the temple is an impressive edifice and is very well designed. The temple has adorned with some intense glass work. The temple is considered very sacred by the locals of Dimapur. Lord Mahavir is the Moolnayak of this temple. The Dimapur Jain Temple is managed and looked after by SD Jain Samaj Dimapur. 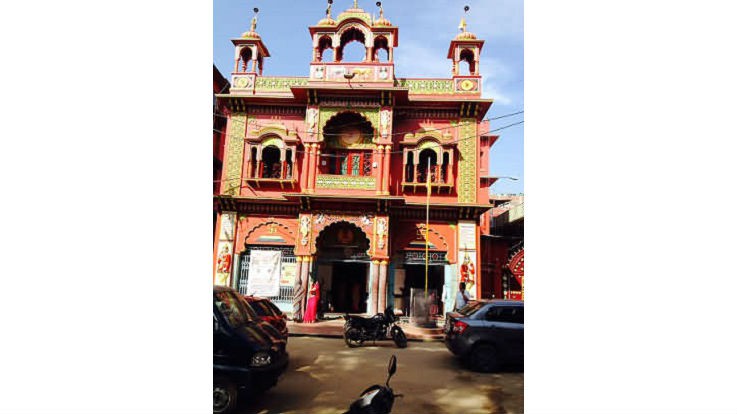 The presiding deity of the Jain temple is Lord Mahavir. The tall idols of Lord Bahubali, Lord Aadinath, and Lord Bharat Swami can be seen on the back side of the temple. The back portion of the temple was constructed in 1989. The Panch Kalyanak of the temple idols was conducted in the year 1989 by Shri Suparshmati Mataji. The first level of the temple houses the Chaubisi which involves the idols of all the twenty-four Tirthankaras of Jain religion and the Samavsaran.

During the pre-independence era, a majority of the Jain families were living in Kohima. Several Sethi families built the first Jain temple at Kohima, Nagaland in the year 1920. The most prominent people such as Shri Phulchand Sethi, Shri Jethmal Sethi, Shri Kanhaiyalal Sethi and Shri Chunnilal Sethi played an important role to erect this Jain temple. However, during the World War II, these families relocated to Dimapur in the year 1944 due to the Japanese invasion. Later, these families built a Jain Temple in Dimapur along with a School, and a charitable hospital.

The festivals of Mahavir Jayanti, Paryushan are celebrated with great devotion in the temple. 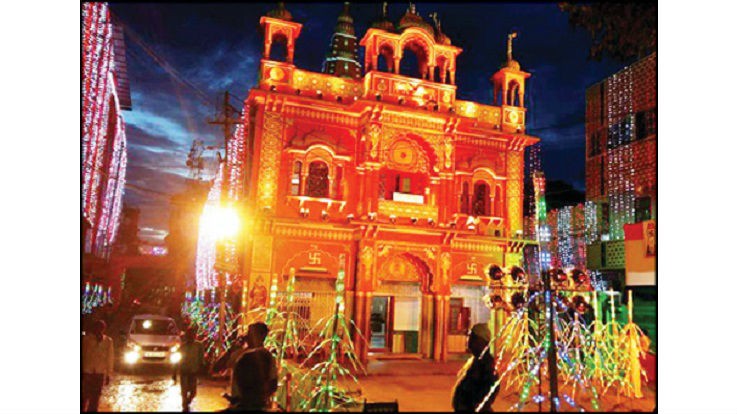 By Road: All kind of transports are available from Dimapur to reach the temple. Srinagar. The place is well linked by road with most of the cities in Nagaland.

By Train: Dimapur railway station is a major rail head.

By Air: Dimapur has its own airport which is located nearly 4 km from the city.