About the TempleDudhadhari temple is located near Burha Talab at Raipur Mathpara in the state of Chhattisgarh. Mahant Shri The temple was established by Balbhadra Dasji during his stay in Raipur. However, the date of his Raipur stay is still not unavailable. Shri Balbhadra was an ardent devotee of Lord Hanuman. He used to worship a stone considering it as Lord Hanuman himself. Dudhadhari Math is one of the most admired temples of Raipur and is devoted to Lord Ram. The name of the temple has been derived from the sage Balabhadra Das. It is believed that a cow called `Surhi ‘would pour the milk on the idol. Mahantji would consume that milk as a Prasad. Since then, he became Dudh-Aahari, meaning a person who consumes only milk as food. That’s why it’s called Dudhadhari Math-It is fascinating to see, beautifully engraved scenes from Ramayana on the temple walls. It is probably Raipur’s oldest temple. 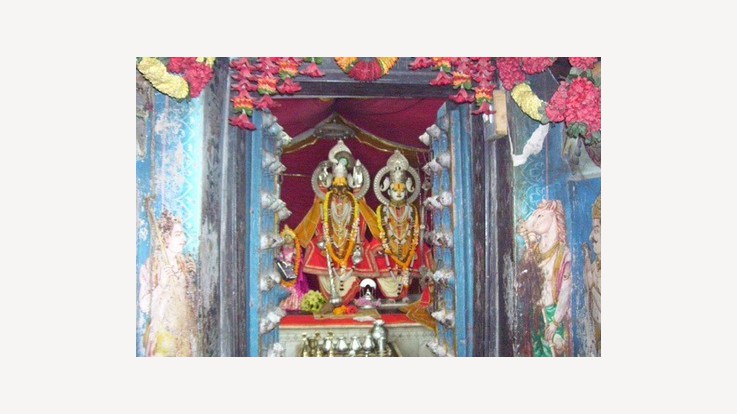 Temple History When it comes to the history of Dudhadhari Temple, there is still no proper evidence of its construction’s date. However, it is believed that the temple was constructed by King Jait singh during the 17th century. The ancient temple has not only religious importance but also the architecture importance. The stunning murals and intricate carvings of the temple attract many visitors. As per a folklore, Lord Ram had stayed at this place during his exile period. Dudhadhari Math or temple got its name from its original founder Balbhadra Mahant who was a Dudha-Aahari (who only takes milk). 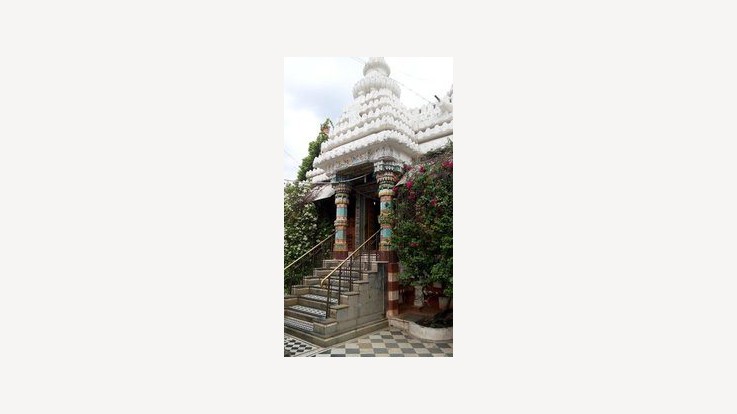 Temple ArchitectureThe temple is divided into two parts. The first part contains the idol of Lord Balaji, while the second part is devoted to the worship of Ram Panchayat. It also houses a shrine of Lord Hanuman.

Balaji TempleWhen Raipur was under the Nagpur region, it used to be ruled by the Bhosles. King Raghu Raoji Bhosle built the "Balaji Temple" in 1610 AD. Beautiful pictures of Lord Ram's life adorn the temple walls. Some Shaligrams are kept near the idol of Lord Balaji. These Shaligrams are a symbol of Lord Vishnu.

Sankatmochan Hanuman TempleThis temple is unique as its stairs face towards north & the door towards the south. This is so because Lord Hanuman is a great worshipper of Lord Balaji. After the establishment of Balaji temple, Lord Hanuman turned his face to see Lord Balaji while his body remained in the same direction. 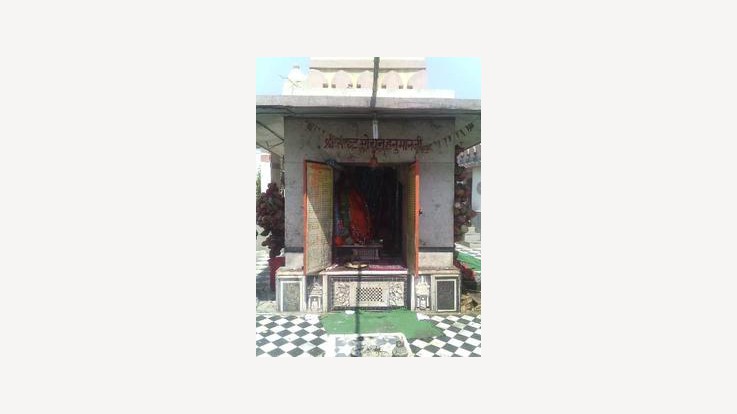 RampanchayatanRampanchayatan was built after 20 years of the establishment of the Balaji temple. The outer side of Rampanchyatan is carved with images from Ramayan & Mahabharat. Rampanchayatan is so called as the temple has idols of Lord Ram, Bharat, Lakshman, Shatrughan and Sita.

By Road: The place is well connected by road. Buses, taxis and cabs are easily available across the state to reach Dudhadhari Math.