Located at Guhagar in Ratnagiri district of Maharashtra, Durga Devi temple is an ancient temple. Goddess Durga is considered as a Kuladevi or clan goddess of Chitpavan families in Konkan region. The temple is located on the upper side of Guhagar. It is an ancient temple and has been renovated in the recent past. The temple is located in the pleasant sea-side area. Durga temple is surrounded by a lake which has a wooden pillar in the center. The four sub shrines can be seen at four corners of the main temple which makes this edifice a 'Panchayatan' style temple. A Panchayatana temple has four sub shrines at four corners while the main temple stands in the middle of the podium, which forms the base. The main temple at the centre houses the idol of Shri Durga. The surrounding shrines house the idols of Lord Sun, Lord Ganesh, Lord Shiva and Lord Vishnu along with Goddess Lakshmi. Shri Durga Vyadeshwari Devi is believed to be the presiding avatar of all the Devi "Shaktipiths". 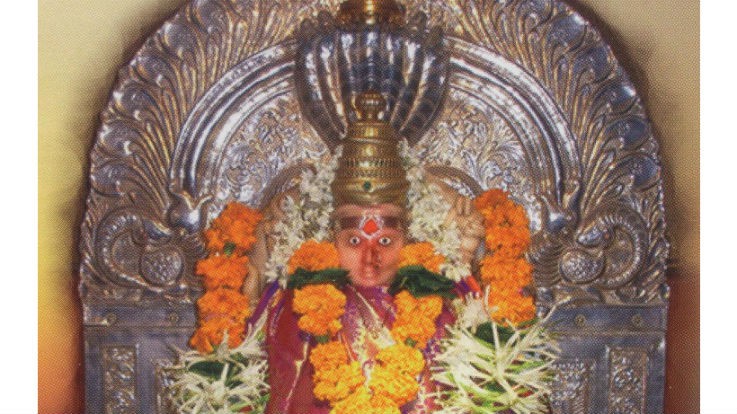 According to Hindu scriptures, Goddess Durga destroyed the negative energies and saved Guhagar from the possible destruction. A pearl from one of her ornaments went missing during the battle. Goddess ordered her devotees to find that missing pearl which fell down somewhere near the seashore. That pearl is still kept in the ornamental collection of the temple and occasionally it is displayed in the main hall of the temple. Goddess Durga also killed a demon 'Mahishasoor and hence she was also known as 'Mahishasoor Mardini.

As per the another folklore, once a man was suffering from body rash due to some allergy. He visited this temple. He was in immense pain. He sat down in the temple complex for three days without having food and water. He kept chanting the name of the goddess. On the fourth day, Goddess Durga appeared in front of him as an old lady. She gave him some oil and ask him to apply it on his body rashes. Within next three days, a miracle happened and the rash along with pain disappeared. 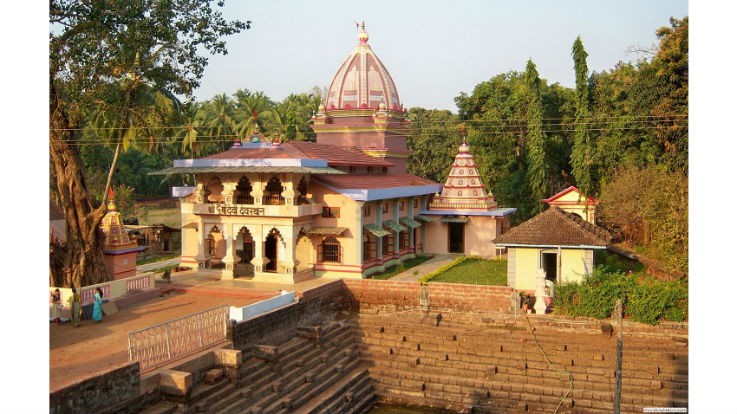 Devotees throng the temple during the festival of Navratri who come to offer their prayer to Durga Devi. The temple also celebrates festivals of Diwali, Holi, and Dussehra with great devotion.

By Road: Bus services connecting Guhagar to other major cities in Konkan as well as Pune and Mumbai are easily available. Guhagar is about 40 km from Chiplun and about 6 hours drive from Pune. The National Highway 17 connects Chiplun to Mumbai.

By Air: The closest Airport is Chhatrapati Shivaji Airport, Mumbai. Guhagar is nearly 300 km from Mumbai.

By Train: The nearest railway station is Chiplun.