Eklavya temple is located at Khandsa village of sector 37 in Gurgaon, Haryana. Khandsa. Eklavya temple was established in 1721 CE. He was the son of Hiranyadhanu who was a king of Khaandav region. It is said that this temple is standing on the site where Arjuna had pierced the bird's eye with his arrow. As per the another legend, this is the place where Eklavya cut his right thumb off and gifted it to his mentor Dronacharya in Guru Dakshina. Later, his thumb was buried at this place and a memorial was constructed at the current location of the temple. Eklavya temple is highly revered by the Bhil community who visit this temple from Rajasthan, Madhya Pradesh and other parts of India in large numbers. 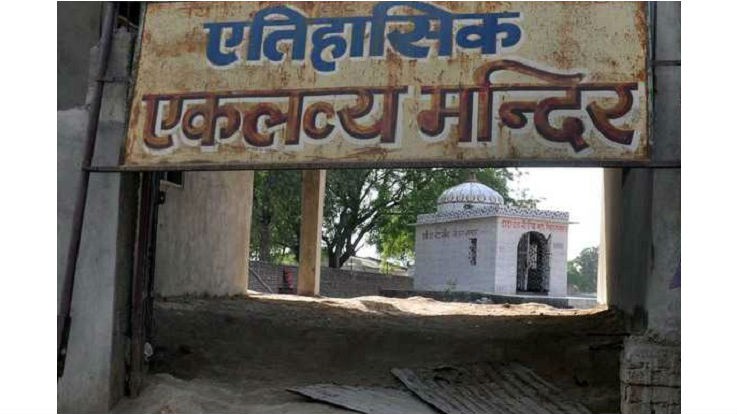 Eklavya temple was established in the honor of Eklavya at Khandsa village of Gurugram town in the state of Haryana. As per the folklore, Guru Dronacharya refused to teach archery to Eklavya. Hence, Eklavya made an idol of his mentor Droncharya and started learning archery by himself. He began a disciplined program of self-study. Eventually, he became an archer of an exceptional prowess. One day when Drona and Pandavas were venturing amidst the forest, Arjuna saw a dog that was unable to bark due to a wonderful harmless construction of arrows all around his mouth. Drona was amazed and distressed as he had promised Arjuna that he would make him the greatest archer. Drona investigated and came upon Eklavya. Drona asked Eklavya where he had learned archery. Ekalavya showed Drona his statue and explained him everything. Drona then reminded Eklavya that he would have to pay guru Dakshina and he asked for the thumb from Eklavya's right hand. Eklavya at once cuts off the thumb and presents it to Drona. This temple of Eklavya is standing at the place where Eklavya chopped his thumb off and offered it to his mentor Dronacharya. The government has developed a tourism circuit in the honor of Guru Dronacharya and Eklavya. There is a Gurugram Bhim Kund, also known as Bhima's pond which was developed by guru Dronacharya in Bhim Nagar locality of Gurugram. It is spread over 10 acres. It also has a temple consecrated to Guru Dronacharya as well as a temple devoted to Lord Shiva which is believed to have been constructed by Pandavas. 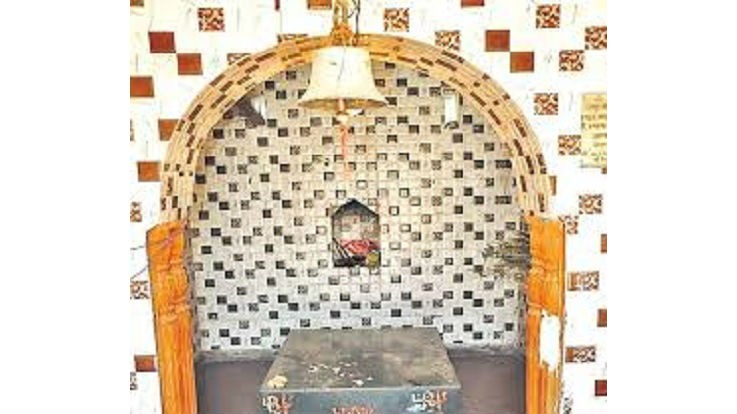 By Air: Eklavya temple is best accessed from the Indira Gandhi International Airport.

By Train: Delhi Cant railway station is around 19 km away from the temple.

By Road: The temple is easily accessible from some of the major cities of Haryana due to well-connected road network.