Located near Karla Caves at Lonavala in Maharashtra is the temple of Ekvira Aai where goddess Ekvira Aai is worshipped next to the caves which were once a center of Buddhism. The temple is a revered place for the Aagri-Koli People. Ekvira Aai is worshipped by many people including Kunbis, Sunar as their presiding family deity, Kuldaivat. According to Hindu scriptures, Goddess Ekvira is considered as an incarnation of Goddess Renuka. The temple stands on a hill and is surrounded by Karla caves, which comes under the Archeological department of India. While the presiding deity is Ekvira Aai, an idol of Jogesvarī Devi is seen on her left. 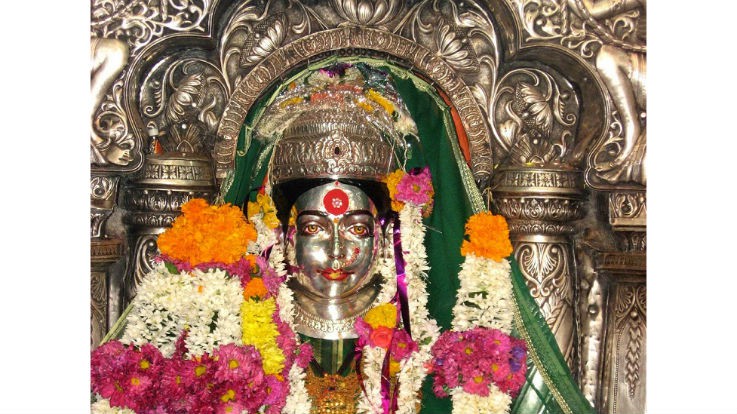 Ekvira Aai temple is located on a hill and hence it is a bit difficult to access the temple. The carbon dating states that the temple was renovated and developed twice i.e. from the 2ndcentury BC to the 2nd century AD, and from the 5th century AD to the 10th century AD. Devotees can reach the temple after climbing around 500 steps. At the halfway down the hill, a shrine is constructed which has the feet impression of Goddess Ekvira. The temple complex houses three sub-shrines which face towards the west. All these shrines are similar in structure. These three shrines are further surrounded by sixteen sub-shrines which house various deities. The central and the southern shrines are preserved completely while remaining shrines are preserved only on the plan. Maha-mandapa, Varsha-mandapa, and Gopuram can be seen in front of these three shrines.

As per the legend, Pandavas built Ekvira Aai temple during their exile period. Once, Pandavas were visiting this holy place, Ekvira Aai appeared in front of them. She asked them not only to construct a shrine for her but also laid a condition that the shrine must be constructed overnight. The Pandavas agreed and they actually built a beautiful temple within a night. Pleased by their work ethics and devotion, Goddess Ekvira blessed them and granted them a boon that they will be never recognized by anybody during their exile period.

The festivals of Ashwin Navaratri, Chaitra Navratri, Holi, Dussehra, and Diwali are celebrated with great fervor in the temple. The practice of sacrificing goats and chickens are still followed in this temple. Thousands of devotees visit the temple every year during the festive season to offer their prayers. Every year, a fair is organized for nine days in front of the temple complex between Ashvin Suddha Pratipada and Dasami. Chaitra festival is an important festival which is celebrated every year with great enthusiasm and devotion. 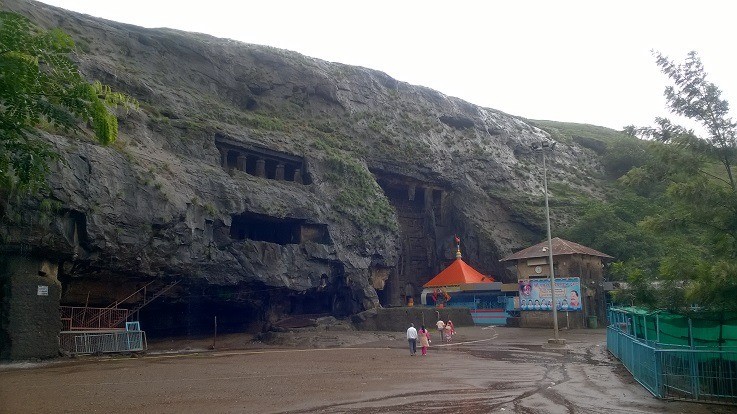 By Road: Ekvira Aai Temple is located on the old Mumbai-Pune highway. Buses, taxis, and private vehicles are available from Mumbai and Pune to reach the temple.

By Air: Mumbai and Pune airports are the nearest airports to reach Ekvira Aai Temple.

By Train: The closest railway head is Lonavala.