Ganga Maiya Temple is located at Jhalmala, near Balod-Durg road, in Balod Tehsil of Chattisgarh. It is a religious place with historic importance. This temple has a glorifying bliss and a very enchanting history. Originally, Ganga Maiya temple was constructed by a local fisherman in the form of a small hut. A local religious belief of Balod is related to the origin of Ganga Maiya Temple. Initially, the temple was built in form of a small hut. Several devotees donated a good amount of money which helped to construct it into a proper temple complex. Since it is located on the Balod – Durg road, it’s absolutely convenient to reach the shrine from any district of Chhattisgarh. 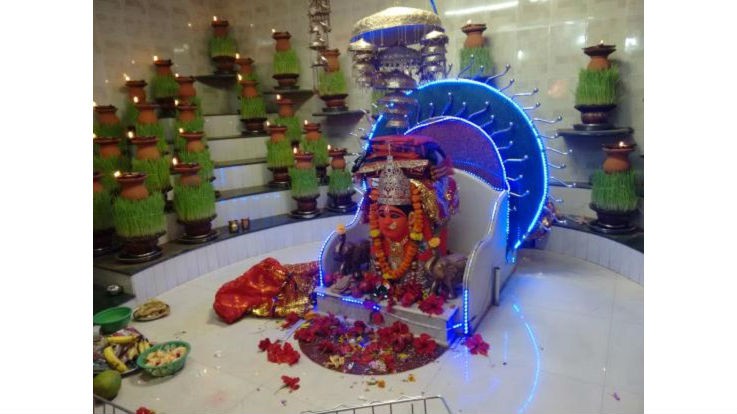 There is an interesting tale behind the origin of Ganga Maiya temple. A local fisherman was fishing in the lake near the village when he saw an idol in his fishing net. He immersed it back in the water but the idol kept coming into his net again and again. Finally, he left the idol and went home. The same night, Goddess Ganga appeared in his dream and instructed him to enshrine her idol at some sacred place. The fisherman followed her instructions. Next morning, he visited the pond and recovered the idol. He enshrined the idol in a hut near his village. Later, a permanent temple was constructed at the same site by Bhikam Chand Tawri. After this, the temple underwent a series of renovation procedures since the initial makeover by Shri Bhikam Chand Tawri, who gave a unique design to the temple structure. The shrine of Ganga Maiya Temple attracts devotees all round the year to gain the holy blessings of the Goddess. The temple trust also organizes free medical camps and cultural events in the village. 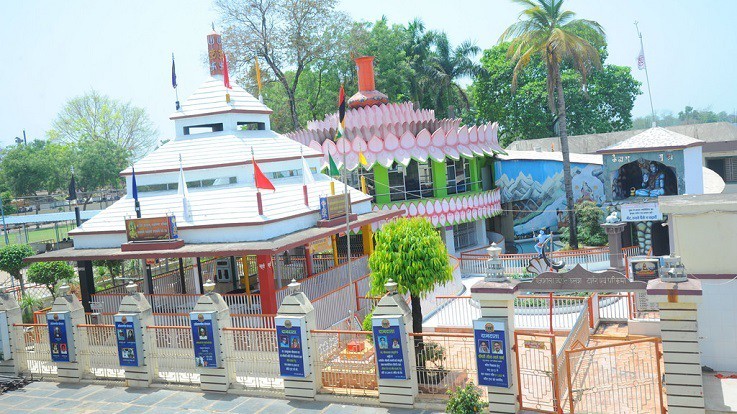 Thousands of devotees visit the temple during the festival of Navratri. Devotees of Maa Durga come here to celebrate the Navratri. During the nine days of Navratri, devotees keep fasting and visit this temple barefoot.

By Air: The nearest airport is Swami Vivekananda Airport which is located at Raipur (105 km).

By Train: The nearest railway stations are Raipur, Bilaspur, and Balod (20 km).

By Road: The temple is well linked with all foremost towns and cities of Chhattisgarh by road. CSRTC buses, private buses, and other vehicles are available from other cities.