Gangesvara Siva Temple is situated on the left side of the Ganges–Yamuna road that starts from Talabazar Chowk of Old Town, Bhubaneswar in Odisha. It is located at a distance of 200 m north-east of Lingaraj temple, 50 m north of Lakhesvara temple, 200 m south of Subarnesvara and 100 m east of Gourisankar temple. The temple faces towards the east. The main deity is a Shiva Lingam. At present, this living temple is managed by the Ganga Yamuna Sangathana. 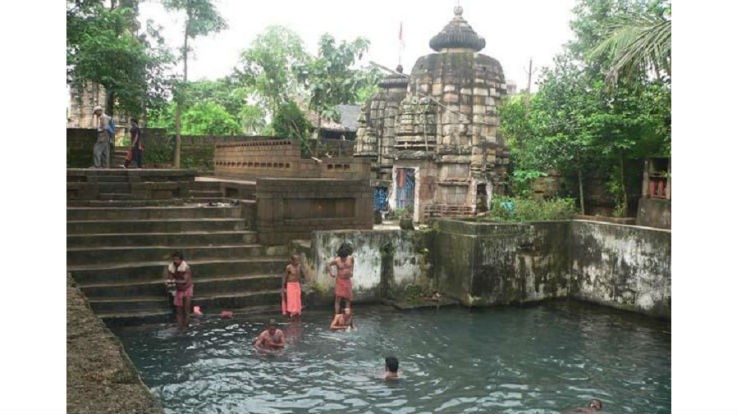 The sacred Gangesvara Siva temple was established by the Ganga Kingdom during the 13th to 14th century CE. The temple was constructed with Grey sand stones by using the dry masonry construction technique. There is a common belief among the natives that after killing the demons Kirti and Basa in the Ekamra Kshetra, Goddess Parvati felt thirsty. To quench her thirst, Lord Shiva struck his trident into the earth and dug out a spring. To consecrate the spring, river goddess Ganga and Yamuna were called. The twin temples of Gangesvara and Yamunesvara were constructed during the Ganga kingdom in Odisha to celebrate this incident. However, the present religious edifice is a renovated one over the original shrine.

Gangesvara temple is built according to the popular Kalingan architecture. The temple is surrounded by Yamunesvaar temple and the Ganges-Yamuna tank within the temple premises. The eastern, western and northern sides are enclosed by paddy fields across the compound wall. This Pancharatha temple has a square vimana and a frontal porch. Out of the three Parsva-Devata niches, the western niche accommodates a four armed idol of Lord Vishnu in tribhanga pose on a lotus pedestal with his mount Garuda. He is holding a mace and conch in left arms. His upper right hand is in Varada Mudra and the lower right hand has a Chakra. The northern niche has a four armed idol of Goddess Parvati. The southern niche is empty. The door-frame is decorated with two simple vertical bands. There are two Dvarapala niches at the base of the door frames. The Dvarapalas are holding a trident in their left hand. An image of Goddess Gajalaxmi seated in Lalit-Asana on a lotus flanked by two elephants represents the Jalabhiseka ceremony. 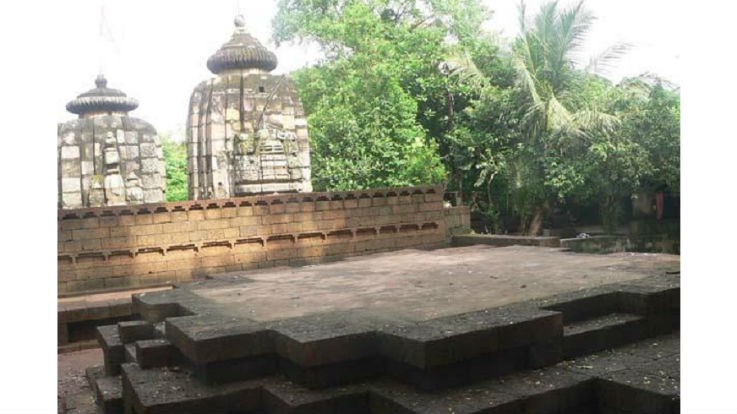 The city of Bhubaneswar has the tropical climate condition. Hence, during the summer, the city becomes hot and humid while in winter it is cold. Normally, the monsoon begins in the month of July. The best time to visit Gangesvara Siva temple is during the months of March to October.

The festivals of Maha Shivratri, Kartik Purnima, Chandana Yatra, Makar Sankranti, Dussehra, Jalabhiseka, and Diwali are celebrated with devotion in this temple.

By Train: The nearest railway station is Bhubaneshwar.

By Air: The closest airport to reach the temple is Biju Patnaik airport.

By Road: Bhubaneswar is very well-connected to the other major cities of Odisha by road.