An ancient temple of Garjiya Devi is located on the outskirts of Garjiya village, near Corbett National Park, in Ramnagar, Uttarakhand. It is a sacred Shakti shrine where Garjiya Devi is worshipped as the presiding deity. The temple stands on a large rock in the Kosi River and is one of the most famous temples of the Nainital district, visited by thousands of devotees. The temple also has an idol of Lakshmi Narayan which belongs to 9th century. Devotees climb steep steps to reach the temple and offer the kumkum, red clothes and coconut. After worshipping Devi Garjiya, devotees seek blessings of Lord Bhairava to complete the prayer. 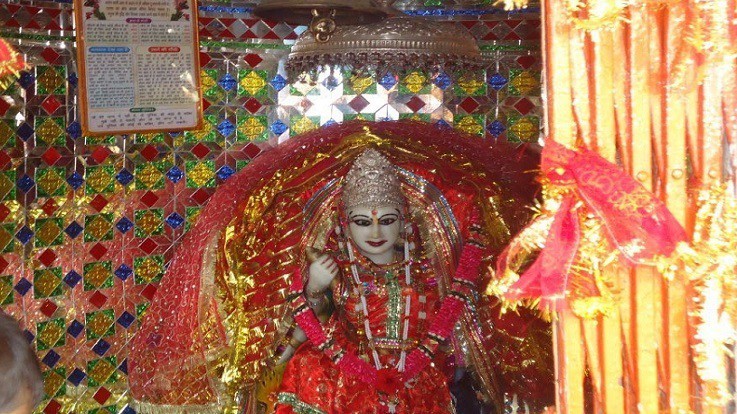 Garijiya Devi temple was constructed in the year 1940. Originally, the temple was discovered in the year 1840 by Katyuri rulers of Ramnagar. The temple is protected and renovated many times by the temple management. Today, it offers an awesome infrastructure. A 4.5 ft tall idol of Girija Devi can be seen along with the idols of Goddess Saraswati, Lord Ganesh and Lord Bhairav. It is believed that the idol of Goddess Parvati was found on mountains in Garjiya village. 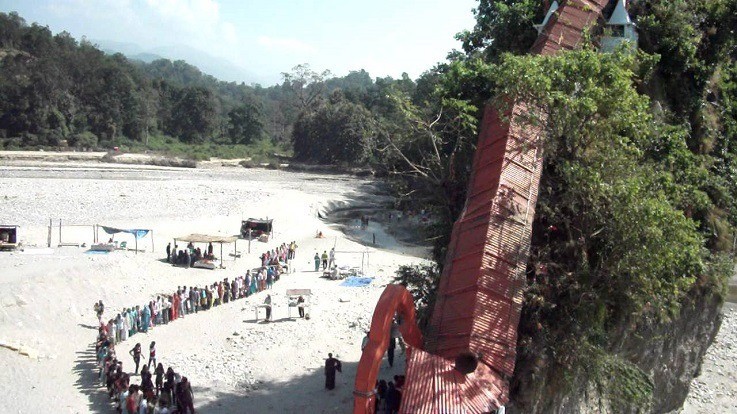 The legend of Garjiya Devi temple is mainly associated with this place as per the beliefs of the locals. The temple is one of the sacred Shakti peeths and is related with ancient royal families such as Katyuri and Kuru. There are various stories about the origin of the temple. Girija is another name of Goddess Parvati who was a daughter of Himalaya, the king of mountains. The idol of Devi residing in the Garjiya temple is a peaceful incarnation of Goddess Parvati. Another myth is that in order to control the over flooded Kosi river, Lord Bhairav asked his sister Garjiya to reside there in order to control the anger of the river. Garjya agreed and started residing on the rock located in the Kosi river. Garjya blessed the entire region with her presence and it is believed that after Garjiya Devi resided at the rock, river Kosi never flooded again. 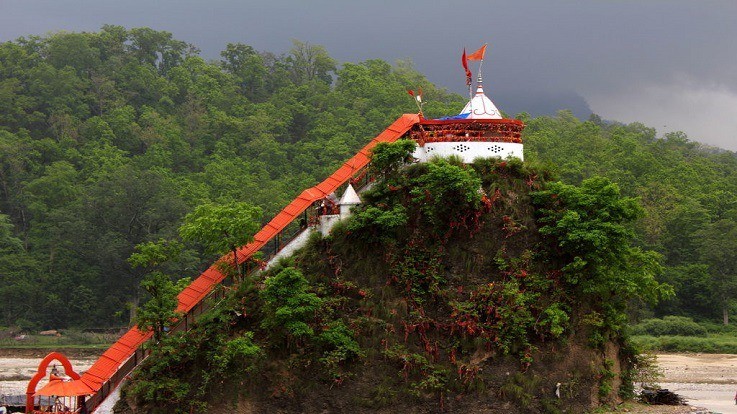 The festival of Kartik Purnima, Dussehra and Deepavali are celebrated with great devotion. The Garjiya temple is beautifully adorned with diyas lit by devotees during the time of festivals.

How To Get Here

By Air: The nearest airport is Pantnagar Airport which is around 50 km away from the temple.

By Road: Ramnagar bus station is based near the Railway Station. Local buses and taxis are available to reach the temple.