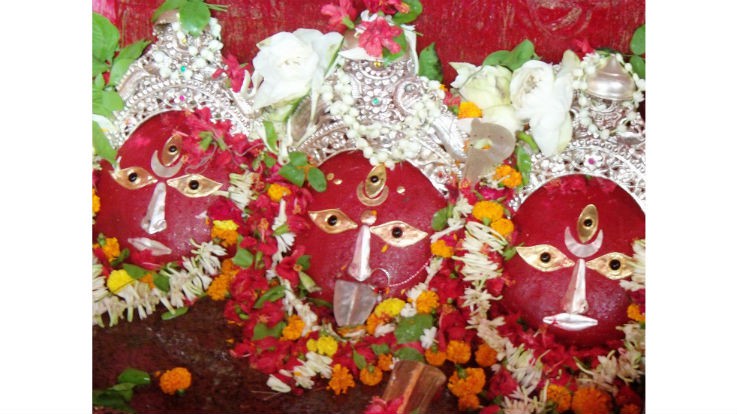 There is an interesting story behind the existence of Ghagar Buri temple, where God unveiled himself in front of a poor priest named Kangalicharan Chakravarthy. Some 550 years ago Asansol was a forest of Asan and Sol trees. Priest Kangalicharan lived with his family and used to visit the nearby villages for puja. Daily he would cross the Nuniya rivulet to reach the villages. On the first day of Magh month, when Kangalicharan was coming back home, as soon as he crossed the Nuniya rivulet, he got so tired that he sat down under a tree. Soon Kangalicharan fell in slumber. When he opened his eyes he saw the forest engulfed in a strange darkness. Nothing was visible to him. He felt as if nature was in a stand and still position. Kangalicharan was baffled. Suddenly he saw an old emaciated lady with a strange glistening look and a bamboo stick slowly approaching to him. Nature was kowtowing to her in submission. The old lady had worn the Ghagra with the aura of celestial illumination with the pitch darkness all around that had made her presence more and more prominent, vibrant and divine. She did not divulge anything audible but clearly listenable to Kangalicharan. She also gave him three chunks of stones with directives of her, "hence onward never go to elsewhere for worshiping and instead you worship these three stones. Next morning as he attempted to recall the dream of this very event he found the tangible three stones lying there in his lap. That night a dream clarified everything to Kangalicharan. "Ghagar Buri" divulged the significance behind these three edifices of stones. The middle stone is the Goddess Ghagar Buri, to her left Goddess Annapurna and to her right Panchanan Mahadev. 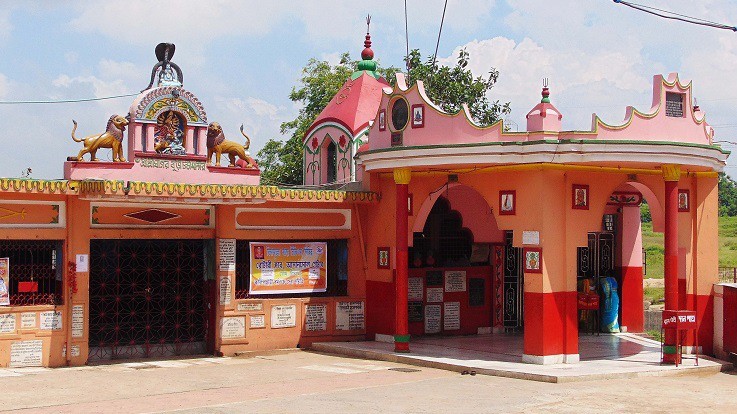 The festivals of Durga puja and Diwali are celebrated in this temple with great devotion. Devotees offer red cloth, flowers, kumkum, incense, milk and fruit to Goddess.

By Train: Asansol railway station (27 km) is the nearby rail-head.

By Road: Buses and private vehicles are available to access the temple. The place is well-connected by road with all the major towns of West Bengal.