Girijatmaj temple is consecrated to Lord Ganesh. This is the only Ashtavinayak temple which is located on a mountain and it stands in the 8th cave of the complex of 18 caves that date back to the 3rd century. It is also known as Ganesh Leni. Girijatmaj Vinayak refers to the Ganesh as the son of Parvati. Girija is another name for Parvati and Atamaj means son. The temple is nestled in Lenyadri village, near Junnar town. Lord Girijatmaj is considered as Lord Ganesh’s manifestation as an infant. The main mandap is 53 ft long and with no pillars supporting the entire structure. Devotees reach the temple after climbing 307 steps. A beautiful view of Lekhan mountain and nearby Kukadi river is a treat for the eyes. 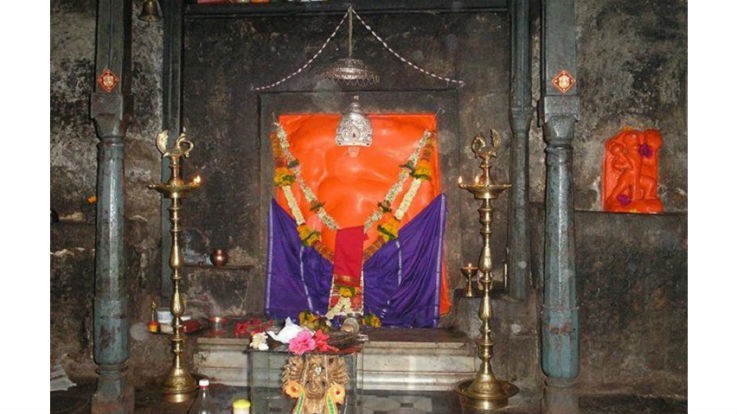 The name Girijatmaja is either interpreted as "mountain-born" or as "Atmaja of Girija", the son of Parvati, who herself is the daughter of the mountain Himavan. The temple faces towards the south which is considered inauspicious but the deity faces towards the north. Lenyadri Ganpati temple is monolithic – carved out from a single rock. It is believed that Pandavas carved these caves during their exile period. The Peshwa rulers even unsuccessfully tried to locate the face of Ganesha on the other side. The central icon was covered with brass-plated wooden armour. Currently, the armor is not present. After it was removed, Ganesha could be seen with his trunk turned to the left side, facing east, with one of his eyes visible. The icon is covered with sindoor and is sculpted on the stone wall of the cave. The central Ganesha image is believed to be self-existent, a naturally occurring stone formation resembling an elephant face. 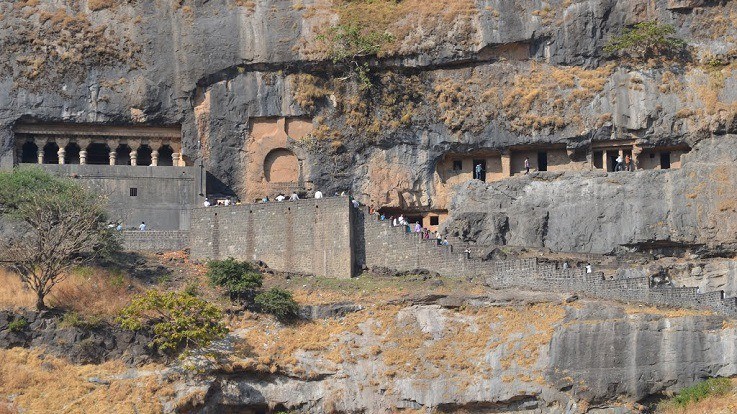 As per Ganesh Puran, Goddess Sati, who was reborn as Goddess Parvati had a desire to give birth to Ganesh. She performed penance on the Lenyadri hill. Pleased with her penance, Lord Ganesh fulfilled her wish. On the day of Bhadrapad Shudh Chaturthi, Goddess Parvati wiped her body and created an idol from her body dirt. Lord Ganesh entered this idol and appeared as a young boy with six arms and three eyes. He was called as Girijatmaj or the son of Parvati. Lord Girijatmaj stayed at Lenyadri for nearly 15 years.

Lord Ganesh’s birthday is celebrated as Ganesh Chaturthi which is a key festival. It is celebrated in a grand manner. Bhajans and cultural programs are organized. Bullock Cart race is a popular event which is held during the celebrations.

The Chaturthi during Magh is also celebrated at the Girijatmaj Temple. The celebrations are held between Magh Shudh 1 and Magh Shudh 6. Akhand Harinaam Saptah is also conducted.

By Road: Lenyadri is 94 km from Pune. Junnar is the nearest town which is 5 km away from the temple. Several state-run buses, taxis, rickshaws, jeeps are available to reach the temple. Palanquin service can be availed for those who are unable to climb rock cut steps.

By Train: The nearest railway station is Pune which is 94 km away from Girijatmaj temple.

By Air: The nearest airport is located at Pune.