According to the belief of the devotees when Lord Shiva was pleased with the penance of Ravana, the king of Lanka, he granted him a boon. Ravana requested Lord Shiva to come to Lanka along with him and to make Lanka his permanent abode. Lord Shiva agreed on a condition that his Shiva-ling should not be placed anywhere on the way to Lanka. If it was placed anywhere in the course, he would make his abode at that place. Lord Shiva gave him one of the twelve Jyotirlingams. Ravana agreed and started his journey to Lanka with the Shiva-ling on his head. When Ravana reached the Gola Gokaran Nath, he felt the need to urinate. Ravana gave some gold coins to a shepherd for carrying the Shiva-ling on his head until his return. The Shepherd was actually Lord Ganesha who was sent by deities. Lord Ganesha in the form of Shepherd placed the Shiva ling on the ground. When Ravana returned, he tried to lift it up. But despite his best efforts, the Shiva- ling didn’t move. Enraged with anger, he pressed his thumb on the head of Lord Shiva. The impression of Ravana's thumb is still present on the Shiva- ling. Due to this, the shape of the Shiva- ling appears like a Cow's Ear (Gau = Cow and Karn= Ear). It is said that the Shiva- ling is mounted about 5 feet below the ground level. 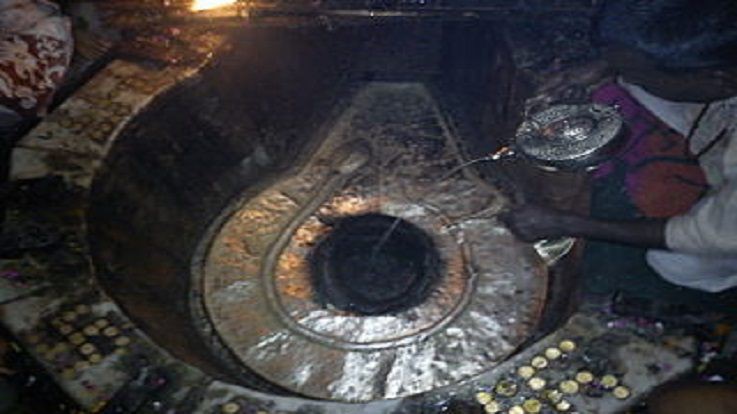 Chaiti Mela is held In the month of Chaitra. A month- long grand fair is held which is known as Cheti-Mela.

Saavan Mela is the most popular festival. The devotees throng the temple to worship Lord Shiva. The devotees first take a dip in the teerth sarovar or pond to purify themselves and then enter into the temple, where the water of river Ganga is offered to the Shiv lingam. According to a legend, Lord Shiva consumed the poison which was released during the Samudra-Manthan. It was the month of Saavan and hence this fair is held during the month of Saavan.

The other festivals celebrated are Bhoot Nath Mela and Maha Shivratri Mela.

By Road: The place is well connected with the good network of roads. Local transport is easily available to reach the temple.

By Rail: The nearby railway stations are Gola Gokarannath and Mailani.

By Air : Pant Nagar Airport is the nearest airport which is 142 km away from the temple.