Golu Devata or Lord Golu is the mythological and legendary God in the Kumaun region of Uttarakhand. Golu Devata is considered to be an incarnation of Gaur Bhairav or Lord Shiva. He is worshipped all over the region and regarded as the God of justice by the devotees. Historically, it is said that he was the brave son of Kalinka and Jhal Rai who was a Katyuri King. Kalinka is believed to be the sister of Harishchand Devjyun and Sem Devjyun, who are also worshipped as local deities. Golu Devta is worshipped as an incarnation of Lord Shiva, his brother Kalva Devta is considered as an incarnation of Lord Bhairava and Garh Devi is believed to be a form of Shakti.

Devotees offer their prayers and please God Golu to do justice to them for the injustice caused in their life. It is said that once the wishes are fulfilled and justice is done, devotee ought to tie a bell in the temple periphery. Anyone can seek divine intervention by writing to him. Several letters can be seen pinned up to the bells in the temple. 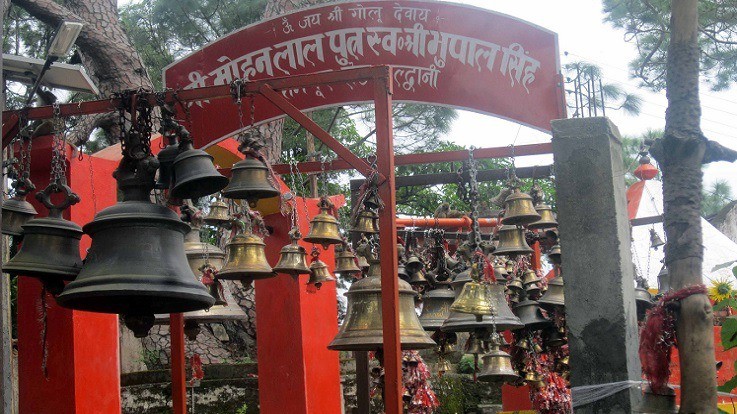 A legend suggests that Golu Devta was a General in the army of Baz Bahadur, a Chand King, during1638 to 1678. He died during the war displaying an exemplary valour at war. In his honour, a temple was erected at Chitai, 8 km from Almora city.

Another legend says that Golu Devta was beheaded by the king of Binsar due to some misunderstandings. He was killed by the king. While his body fell at Gairad at Dana Golu, his head was dropped at Kaparkhan, near Binsar, Almora. At Dana Golu, the most ancient temple of Golu Devta can be seen. 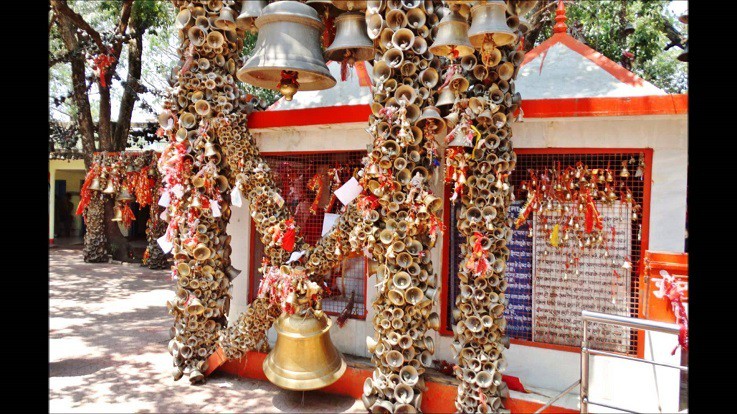 As per the most popular hearsay, a local king, while hunting saw a woman who was meditating in a forest. He was charmed by the beauty of that woman and married to her. The king’s other queens became jealous of this woman. When new queen gave birth to a boy, the other queens, who were jealous of her, replaced the boy with a stone. The child was put in the cage and thrown into the river. The child was brought up by a fisherman. Few years later, the child got to know about his true identity. He decided to seek justice for himself. He goes to the nearby lake and makes a wooden horse drink water. When the king asked him how a wood horse can drink water to which he replied that when a woman can give birth to stone then anything is possible. The king then realised his mistake and accepted him as his son. He treated his subjects with utmost care and justice and gained fame as Gowalla devta. 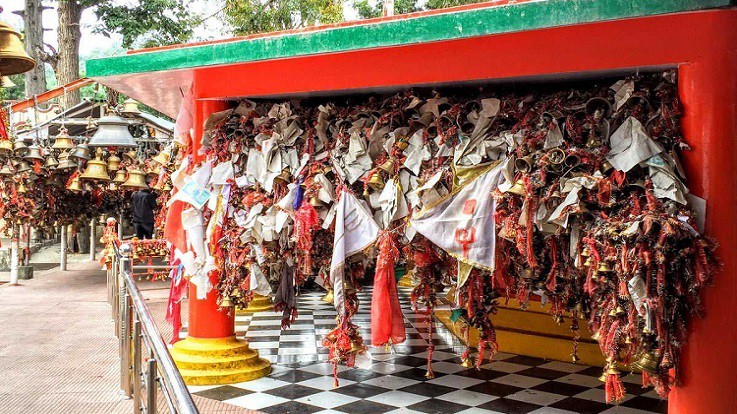 By Air: The nearest airport is Pantnagar airport which is 124 km away from the temple.

By Rail: The nearest railhead is Kathgodam which is 94 km away from the temple.

By Road: The temple is located on Jageshwar Dham road, 8 km from Almora. It is well connected with road and can be reached by buses and taxis.