Gopinath temple is located at Ningthoukhong village of Imphal in Manipur. It is a Vaishnav Hindu temple. The presiding deity of the temple is Lord Gopinath which is another name of Lord Krishna. It is the second largest temple in Manipur. The huge, white colored temple edifice is well maintained and looks absolutely divine. Lord Krishna is also known as Gopinath, as he was loved and worshipped with great devotion by the Gopis of Gokul and Vrindavan. The temple adorns some beautiful paintings that depict amazing scenes from the Raas Lila of Lord Krishna with his friend Radha and other Gopis. 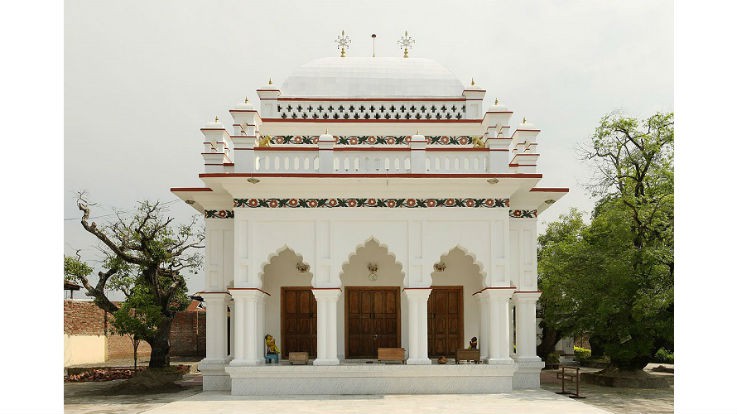 It is believed that Gopinath temple was established in the year 1905 by the Maharaja of Manipur. The temple has been constructed in the medieval style of Indian architecture. The idol of the Lord was built from a tree trunk during the reign of Maharaja Karta. When the king came to Ningthoukhong during his war journey, he met a tribal woman named Keshori. The king married to Keshori. They had a son and later the idol was taken under the care of his son, Prince Puraraj. The idol was initially worshipped at Konung Leikai, Kwasiphai and later it was brought to Ningthoukhong where it is worshipped currently.

By Air: Tulihal airport is 24 km away from Gopinath temple.

By Train: Some of the nearby railway heads are Jiribam 94 km, Jirighat 98 km and Daotuhaja 103 km.

By Road: The temple is easily accessible from all the major cities of Manipur due to well-connected road network. Buses, taxis, and cabs are easily available to reach the temple.