Gopinath temple is dedicated to Lord Shiva. This ancient temple is located at Gopeshwar in Chamoli District of Uttarakhand. The temple is unique due to its different worship tradition. Unlike the other Shiva temples, milk and water are not offered to Lord Gopinath. Instead of that only Bilva leaves are offered on the Shiv linga. It is said that in ancient times a cow used to pour her milk on the Shiva linga every day. On seeing this, the king of Katyuri Dynasty constructed the temple at the same site.

The remains of broken idols found around the temple prove the existence of Gopinath temple in ancient times. In the courtyard of the temple, a 5 m tall trident is seen which is made of eight different metals. It dates back to the 12th century. The temple contains idols of Lord Vishnu, Lord Ganesh, Lord Hanuman, Lord Brahma, Goddess Kali, Saraswati and Garuda. The images of Lord Bhairav and Lord Narayana can be found on the temple walls. Outer courtyard of the temple houses of a number of the Shiv lings and a Kalpa Vriksha. 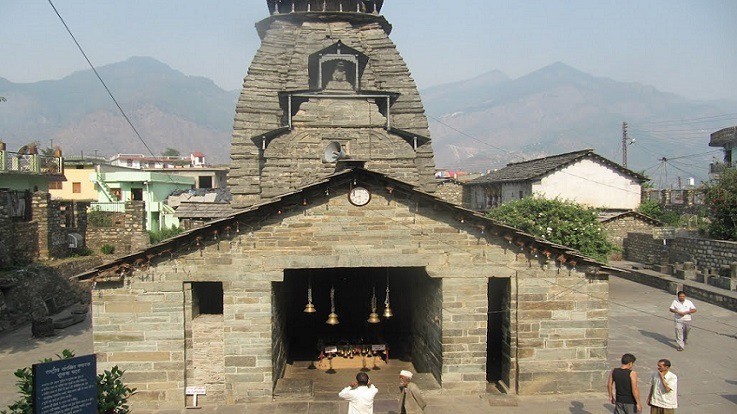 Gopinath temple was built by Katyuri rulers between 9th and 11th century. The temple stands out for its architecture. It has a marvelous dome and a sanctum sanctorum, which has 24 doors. Inside the main sanctum, a Swayambhu or self-manifested Shiv linga known as Gopinath and a Nandi can be seen. Partially broken idols in the temple premises indicate the existence of other temples. The main temple is constructed in Nagara pattern. 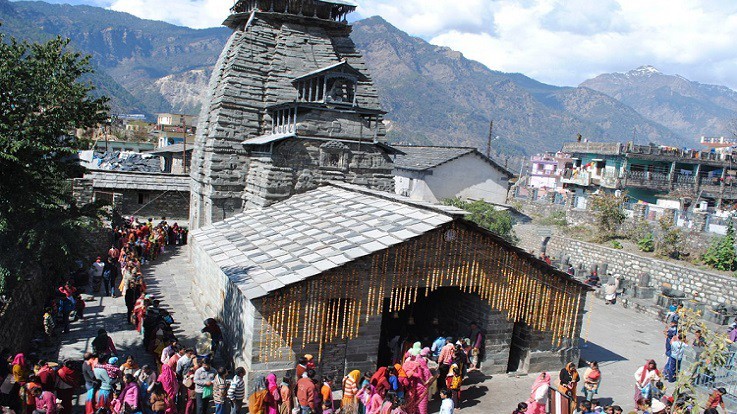 The legend goes that the trident belonged to Lord Shiva who threw it at Kamadeva (The God of Love) to kill him and it got fixed at this spot. The metal of the trident is not weathered by the elements over the centuries. It is believed that while any kind of strong force cannot move this divine trident, the slightest touch by a true, honest devotee can cause a tremor in it.

Another legend says that, when Lord Shiva turned Kamdev into ashes, Rati, the wife of Kamdeva, did penance at Gopeshwar. Pleased with her devotion, Lord Shiva appeared at Gopeshwar. Shiva blessed her with a boon that her husband will reappear.

Another hearsay is that, when Shiva was annihilating the Kshatriyas, the trident of Parshuram broke into 3 parts while pacifying Lord Shiva. A part of that trident is found in Gopinath temple.

The Mahashivratri is the most important festival celebrated in Gopinath temple. Thousands of devotees visit the temple on the occasion of Maha Shivratri.

How To Get Here

By Air: The nearest airport is Jolly Grant (258 km) which is located at Dehradun.

By Rail: The nearest railhead is Rishikesh (220 km).

By Road: Gopeshwar village is 10 km from the Chamoli and 212 km from Rishikesh. Buses and taxis are available from Dehradun, Rishikesh, Haridwar to reach the Gopinath temple.