Gorakhnath temple is named after the medieval saint, Guru Gorakhnath. Together with his master Matsyendranath, Gorakhnath founded Nath sampradaya. The math is situated in Gorakhpur district of Uttar Pradesh. Gorakhpur temple has the samadhi shrine and gaddi (prayer seat) of Gorakhnath Baba. Gorakhnath Temple is spread over 52 acres of the land. The temple garbh griha houses a white marble idol of sage Gorakhnath as a manifestation of Lord Shiva in meditation posture. His holy Charan paduka is kept near the mediation site. There is a Mansarovar pond in the east of Gorakhnath Temple. This pond has turned into a boating spot. 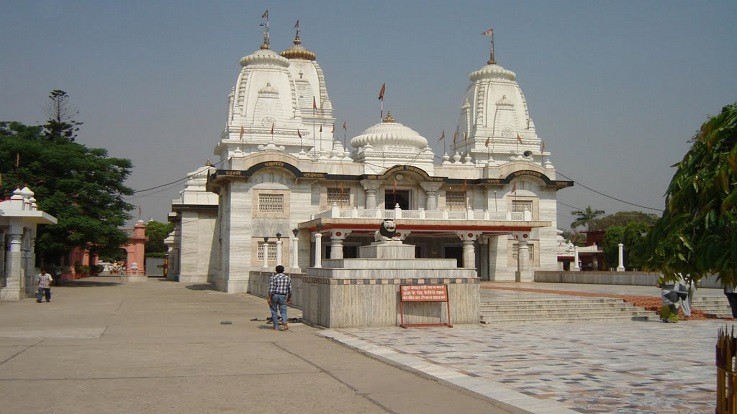 The temple was built on the spot where Gorakhnath did meditation in Treta Yug. It is said that Gorakhnath temple structure was renovated over the period of time. During the Mughal era, many attempts were made to destroy this temple. In the 14th century, Alauddin Khilji destroyed the Gorakhnath temple. Later, it was destroyed by Aurangzeb in the 18th century.

The design of this temple seen today is conceptualized by late Mahant Digvijaynath and the current Mahant Avedyanathji during the 19th century. The large complex of Gorakhnath Temple houses some shrines, temples, cowshed and pond.

The Gorakhnath Temple has a cowshed where many species of cows are reared including Harayanwi, sahiwal, gangatiri, giri, red sindhi and other.

The garbha griha of the Gorakhnath temple has a burning flame which is known as Akhand Jyoti or eternal flame. It is believed that the flame is burning since treat yug. The flame is a symbol of integrity, spirituality and unity.

Gorakhnath temple complex houses a shrine belonging to Bhima who was the elder brother of Yudhishthira. As per the legend when Bhima visit the temple to invite Guru Gorakhanath for the Rajsuya yagna, he was in Samadhi. Bhima had to wait for a while. Since Bhimsena was a heavyweight, a portion of earth sank below. A pond was built here which is named Bhimasarovar. This pond has been turned into a boating site by the temple authorities.

One of the very popular and sacred places is Durga temple which is located in the rear of the Gorakhnath temple. 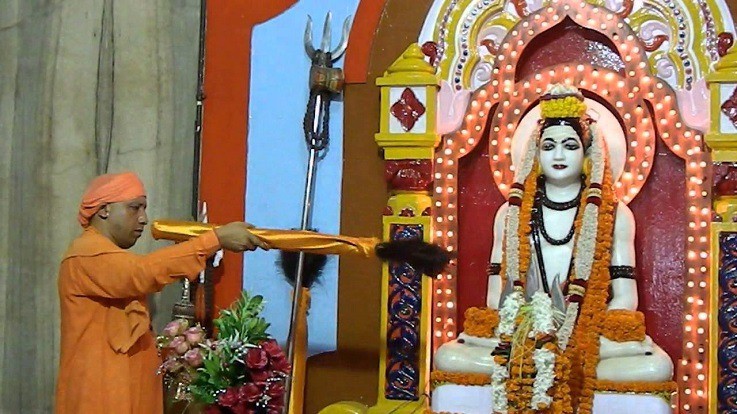 The Khichdi Parv is observed every year on Makar Sankranti. Devotees visit the temple on the occasion of Makar Sankranti and offer khichdi to Gorakhnath Baba.

As per the legends, once Guru Gorakhnath visited Jwala Devi who offered him prasad but since the offering was not vegetarian Gorakhnath could not accept it.

He told Jwala Devi to boil some water. Meanwhile, he went out to beg for some grain to prepare khichdi. The legend states that the flame is still burning at Jwalaji Temple.

Gorakhnathji didn’t return. He reached the place where currently the temple stands. He started meditating at this place. The devotees built a hermitage. It was the day of Makar Sakranti. To commemorate the occasion Khichdi Parv is celebrated every year with dedication.

By Road: The buses ply regularly from all the major cities of Uttar Pradesh to access the temple in Gorakhpur.

By Train: The nearby railway head is Gorakhpur Junction which is 4 km away from the temple.

By Air: The nearest airport is Gorakhpur air force base airport which is 10 km away from the temple .