Hanuman Temple located at Pangari in Beed district of Maharashtra is one of the oldest temples in India. The temple history is 300 years old or possibly earlier. It is located at Pangari which is also known as Marutichi. In Local language, Maruthichi translates as "something that belongs to Maruti or Hanuman. The temple houses the stone idol of Lord Hanuman. 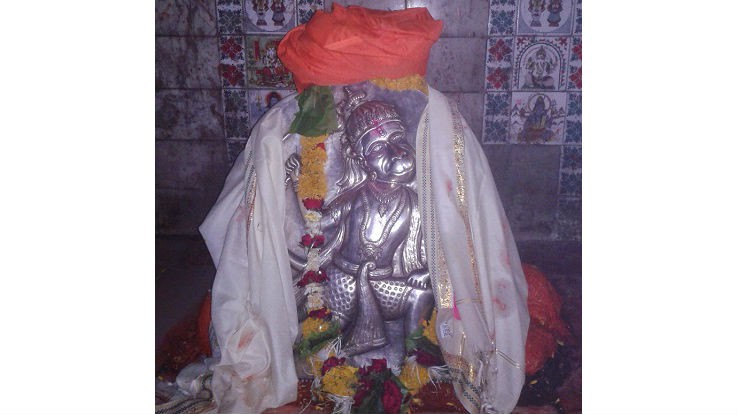 The temple was built during the 18th century CE. There are two folklores behind the origin of this temple.

According to another legend, the idol of Lord Hanuman was located at the village Savargaon, which is 8 km away from Pangari. A farmer of Pangari once visited Savargaon. On his way back to Pangari, the idol stone got stuck within the hoof of his bullock. The farmer was unaware of this until he reached the site of the temple. At this point, the idol began to speak to the farmer, saying that the bullock's hoof was causing it pain. The idol requested the farmer to remove it out of the hoof and establish a temple there. The farmer followed the instructions. Later he convinced the villagers to build a small temple.

The festival of Hanuman Jayanti, Ram Navami, Dussehra, and Diwali are celebrated with great devotion in this temple.

By Road: The temple is located close to Beed-Ahmednagar road, approximately 45 km from the Beed district towards Ahmednagar. Regular buses and private vehicles are available to reach the temple.

By Train: The nearest rail-head is is Kalamb Road.