About Hari ParbatHari Parbat also known as Koh-e-Maran is a hill which overlooks Srinagar town. It is the largest city of Jammu and Kashmir. It has a very important, religious and revered place for the Hindus, Muslim as well as Sikhs. Hari Parbat has a popular Hindu temple, two shrines of Muslim sages and a Gurudwara. The hill is considered holy by the Kashmiri Pandits as it houses a temple of Goddess, which is located in the centre of the western slope of the hill. Goddess is worshipped as Jagadamba Sharika Bhagawati or Devi Sharika. Goddess is portrayed as having 18 arms and sitting in Swayambhu Shri Chakra or Mahamana Shrichakra, an emblem of cosmic energy. The hill is also known as Pradyumna Peeth. 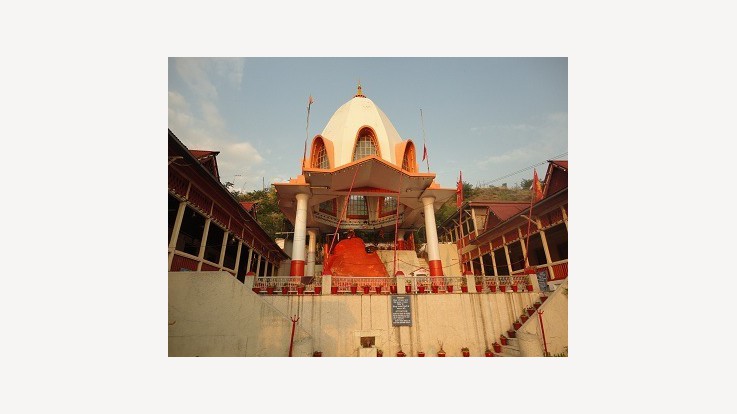 Temple LegendLegend has it that in the medieval era, Kashmir was a big lake called "Satisar". It was inhabited by a water demon, named Jalodbhava who tortured and devoured the local inhabitants. The inhabitants approached sage Kashyap, the grandson of Brahma. He did an intense penance to rescue people from the demon. Pleased with his penance almighty blessed him. Hence, he was able to cut the mountain. Due to which the lake dried up and the demon was killed by divinely dropped a pebble on this head. The pebble kept growing larger until the demon was dead. The pebble today stands as "Hari Parbat" and is said to be a home of all the gods. 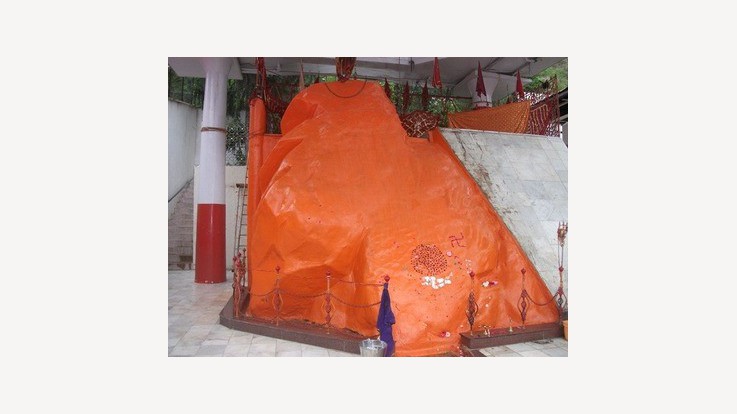 According to the another version of the folklore, the two demons, Chand and Mund lived in the Kashmir Valley. Chand lived in the water near the current site of Hari Parbat and Mund lived around Dal Gate. These demons terrorised the people. The gods invoked Shakti. She manifested herself into a Hari (myna) and flew to Sumer. She carried a pebble in her beak and dropped it on Chand. The pebble transformed into a huge mountain, crushing the demon. It was later named as Hari Parbat. 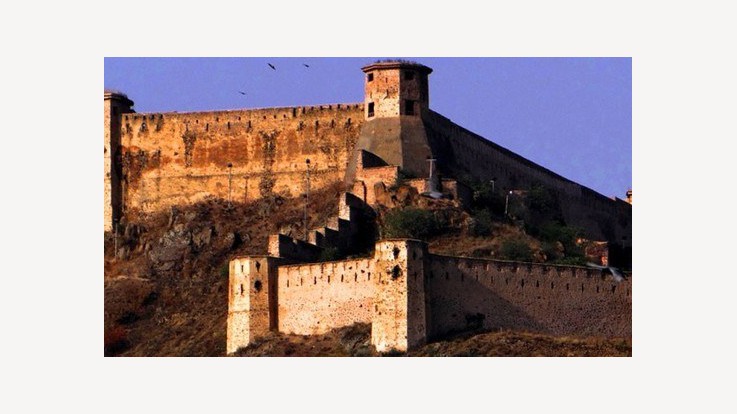 The Chakrishwar Shrine is a place of worship at Hari Parbat. Goddess Sharika is worshipped in the form of a rock at Hari Parbat. Goddess Sharika Bhagwati’s birthday is celebrated on the Ashad Navami or Har Navum in the temple. On this occasion, devotees make a sacrificial offering of Taher-Charvan. Other auspicious days when special pujas are performed at the Sharika Temple Peeth are the Phagun Krishna Ashtami, Ashad Shukla Saptami, Ashtami and Navami.

During Navratri, traditional pujas and rituals are conducted and Goddess is offered special Prasadam. Many fairs and processions are carried out in and around the temple during this time of the year.

By Train: Srinagar and Jammu are the closest railway station.

By Air: Srinagar airport is well-connected to all major cities of the country.

By Road: Private vehicles and tourist buses are available from nearby cities to reach Srinagar.