Hariyali Devi temple is a Siddha Peeth which is nestled in Jasoli village in Rudraprayag district of Uttarakhand at an altitude of 1371m. The temple is consecrated to royally bejeweled idol of Goddess Hariyali Devi who is astride on a lion. Hariyali Devi is also known as Bala Devi, Sitala Devi and Vaishno Devi in some regions of Uttarakhand. The idols of Ma Hariyali Devi, Kshatrapal and Heet Devi are installed inside the temple, which are the presiding deities of the temple. 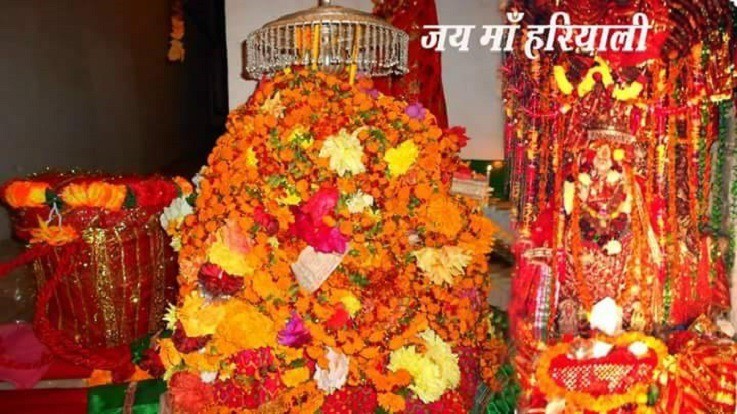 As per the Hindu mythology, when Mahamaya took birth as the seventh child of Devaki and Vasudev, Kansa banged the new born baby violently on the floor. Suddenly, the body of Mahamaya flew and divide into multiple parts. One of the parts, her hand- fell at Jasoli village. This place is considered as one of the 58 Siddha Peeths. Later the temple was built at this place. The temple is surrounded by high mountains and dense forest. The idol of the goddess is dressed in yellow attire, sitting on the back of a lion and carrying a child in her hand. The temple also houses the Idols of Kshatrapal and Heet Devi. 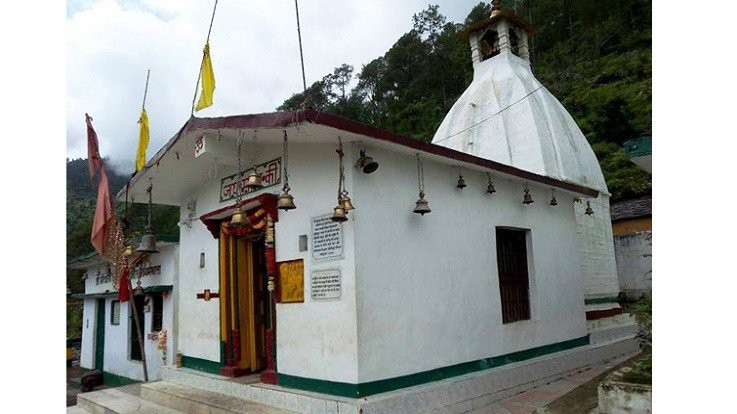 The temple is a very sombre structure which is constructed of brick and mortar. The basic decoration of the temple is done with vermilion and yellow colors which are considered very sacred in Hinduism. The temple has been renovated many times since it is prone to adverse effects of the climate at the height of 1400 m. In Rudraprayag, the rebuilding is a common practice for many temples. Haryali Devi temple is known for its spiritual and religious significance rather than the architectural significance.

By Air: The nearest airport is Jolly Grant airport (179 km)which is located at Dehradun.

By Rail: Rishikesh and Haridwar are the nearest railheads.

By Road: Rudraprayag is well connected to most parts of Uttarakhand state by road. Hariyali Devi temple can be accessed after reaching Rudraprayag, using local transportation and trek.