Hidimba Temple, also known as Dhungiri temple is located in the Manali district of Himachal Pradesh. The temple is about 500 years old and it is one of the most important temples in the region. The four storied pagoda styled wooden temple is located amidst a forest called Dhungiri Van Vihar. The temple derives its name from the forest parkland near the temple. There is a shrine dedicated to Ghatotkacha, son of Goddess Hidimba and Bhim. The most surprising feature of the temple is that it has no idol to worship. Only a foot print on a stone can be seen. 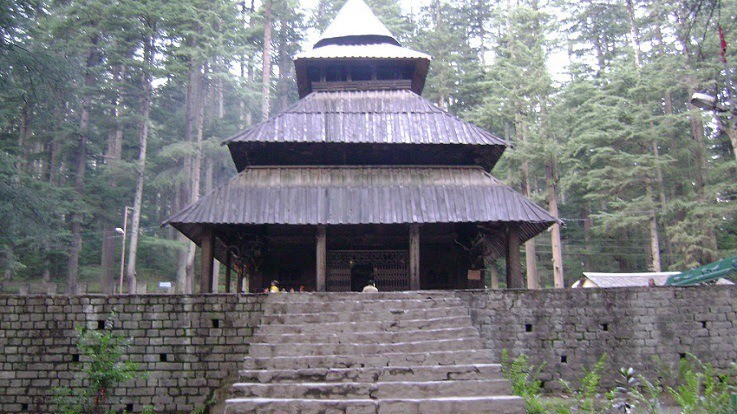 The temple was built in 1553 by Maharaja Bahadur Singh. The Hidimba Devi Temple has carved wooden doors and 24 m tall wooden tower. The temple tower has three square roofs which are covered with timber tiles. The fourth roof is made up of brass which is a cone-shaped at the top. The portrait of Goddess Durga adorns the main door. The temple base is constructed out of whitewashed, mud-covered stonework. The doorway is extensively adorned with a miniature display of Goddess, animals, and attendants. The image of Navagrahs, female dancers and several scenes from the life of Lord Krishna can be seen on the ceilings above the doorway. 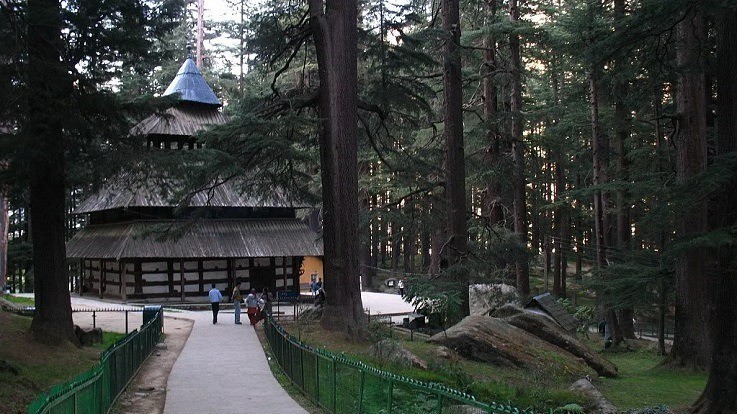 The Hidimba Devi temple is established around a cave where Hidimba performed Tapasya. Born into a demon family, Hidimba vowed to marry one who would defeat her fearless and brave brother Hidimb. Mahabharata narrates that the Pandavas stayed in Himachal during their exile where Hidimb attacked them. During the fight, Bhim killed him. Bhim and Hidimba then got married and had a son, Ghatotkacha. When Bhim and his brothers returned from exile, Hidimba stayed back and did tapasyā to attain the status of a goddess. Thereafter a temple was established by the disciples of Hidimba Devi in her respect. She had supernatural powers and was kind to her people. Hidimba became the patron-deity of the Kings of Kullu. 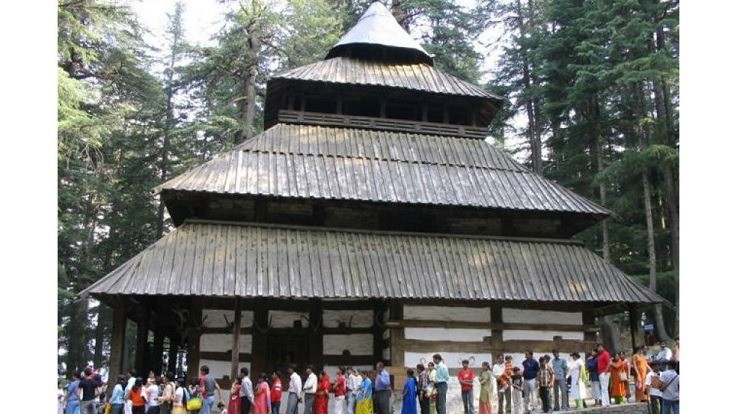 Every year, during the month of Shravan a fair is held in the memory of Raja Bahadur Singh, who built the temple. The fair is famously known as Bahadur Singh Re Jatar. It is also called as Saroohni. The temple hosts the Hadimba Devi Festival to celebrate Goddess Hadimba Devi’s birthday. The fair attracts thousands of devotees. The fair features folk dance performances. The festival of Dussehra is celebrated with great zeal and fervor.

By Air: The nearest airport is at Bhuntar (50 km).

By Rail: The nearest railhead is Joginder Nagar (95 km).

By Road: Manali is well connected with direct bus services from all the major towns of Himachal Pradesh.