Jageshwar is a small temple town in the Almora district of Uttarakhand. Jageshwar town is popular for its temple complex that consists of a group of 150 ancient stone temples which are built during the 9th and 13th centuries AD. These temples are preserved by the Archaeological Survey of India. The group of Jageshwar Temples involves various temples such as Dandeshwar Temple, Jhanker Sam Mahadev temple, Chandi-ka-Temple, Kot Ling Mahadev temple, Jageshwar Temple, Pushti Devi temple, Kuber Temple, Mritunjaya Temple, Nau Durga Temple, Nava-grah Temple, Pyramidal Shrine and Surya Temple. Out of these temples, Dandeshwar Temple and the Mrityunjaya Temple are the oldest and the biggest enshrinement of Lord Shiva. The main temple of Jageshwar is devoted to Lord Shiva. Jageshwar Temple represents an ancient culture and beautiful heritage.

Jageshwar Temple is built in the Nagar style. From the 8th Century onwards the temple was given a new look and constructed as huge temples by the Adi Shankara, a Hindu Saint. Several Kumaon rulers and Nepali kings also contributed to its constructional works to fulfil the dream of Adi Shankara. The present 150 temples are the efforts of those rulers. The height of the temple varies from 3 m to 20 m. A huge complex houses these unique small and big temples in scattered positions. The temples are a single tiered tower structure made out of granite stones with a sanctum sanctorum in the middle of its structure. The 12 Joythir Linga are placed in each temple. The entire structure is adorned with beautiful motifs and stone arts. The main temple has a huge sanctum sanctorum for the Shiva linga. 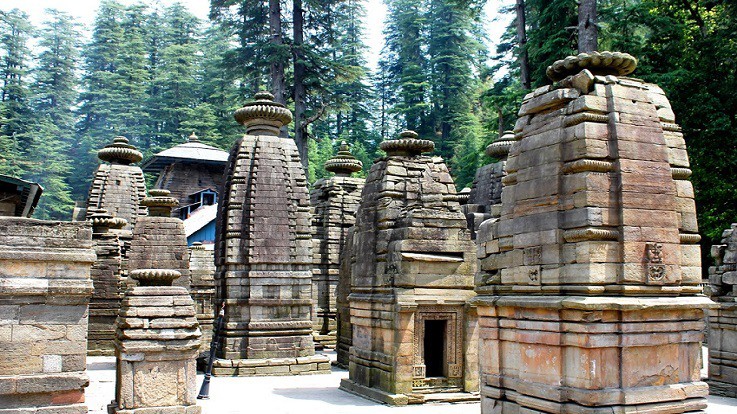 As per legends, the Jageshwar is a holy place where Lord Shiva's wife Sati Devi's body parts were dropped. Lord Shiva carried his dead wife when she committed self-immolation for the honor of his husband which was a great humiliation for her did by her father Prajapati. As Lord Shiva was not invited she got angry and halted the ceremony by jumping into the fire. Hence, she is considered to be divine women. Jageshwar temple stands where her body parts were fell. 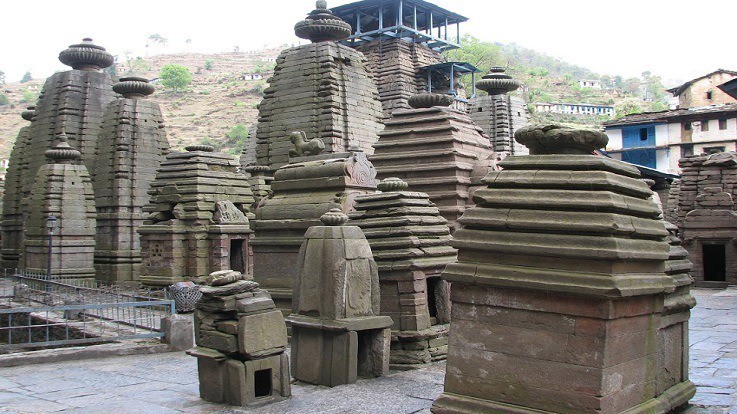 Maha Shivarathri is the most important festival of the temple. A large number of devotees gather at the temple on the occasion of Maha Shivratri. An annual festival known as the ‘Jageshwar Monsoon Festival’ is very popular among the devotees which is held in the holy month of Shravan,

During the month of April - May, the Pooram festival is celebrated with beautiful fireworks lightening the night sky. In August - September, the festival of Onam marks the harvest season and temple comes alive with celebrations.

By Air: Pantnagar Airport (150 km) is the nearest airport to Jageshwar.

By Rail: Kathgodham is the nearest railway station.

By Road: Buses, private and sharing jeeps and taxis are available to reach Jageshwar.